JERSEY SHORE — We salute a veteran from Lycoming County who has taken it upon himself to replace old tattered American flags around Jersey Shore. Every da... 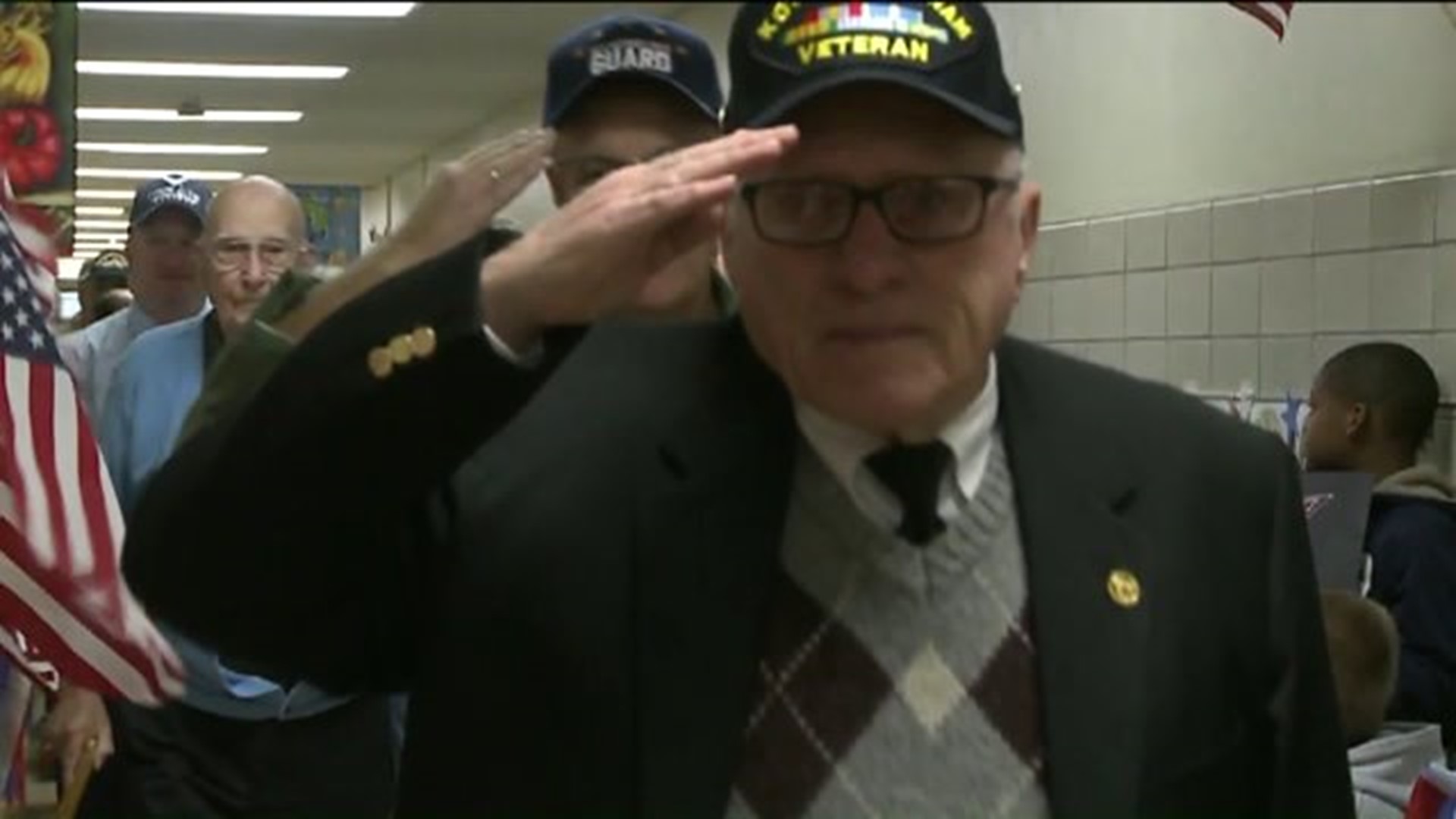 JERSEY SHORE -- We salute a veteran from Lycoming County who has taken it upon himself to replace old tattered American flags around Jersey Shore.

Every day thousands of drivers on Route 220 near Linden probably pass by the Woodward Township Volunteer Fire Company without taking notice of the American flag out front.

"Our flag had gotten ripped up in the storm right along here on 220,” said Joseph Bertin.

"How many people stop to look at a flag anyway? Somebody needs to remind them it needs replaced,” said Harold “Gene” McCloskey.

Gene McCloskey of Jersey Shore served during the wars in Korea and Vietnam.  In his car, he carries American flags that are made in America in case he sees one that needs to be replaced.

"It makes me feel good to know our flag is being honored," said McCloskey.

Last week, McCloskey dropped off a flag at the fire company with a note signed, an old 87-year-old proud veteran.

"That was pretty awesome for him to do that. It just goes to show you that people are really appreciative of the flag," said Bertin.

With a donated flag up on the pole, the veteran's good deed hasn't gone unnoticed. The Independent Hose Company put out a sign thanking McCloskey here in Jersey Shore.

"I don't want anything except a thank you,” said McCloskey.

"Maybe it will help other people gain that sense of pride you know maybe even if it's their own flag at their own home to replace," said Becky Cohick.

An Army veteran herself, Becky Cohick is proud of her grandfather who has donated about a dozen American flags so far.

Because of his continued service, we think Gene McCloskey deserves a 16 Salutes.