WILKES-BARRE TOWNSHIP, Pa. — A video clip of a woman going dumpster diving has landed her in hot water. If the “no trespassing” signs are not ... 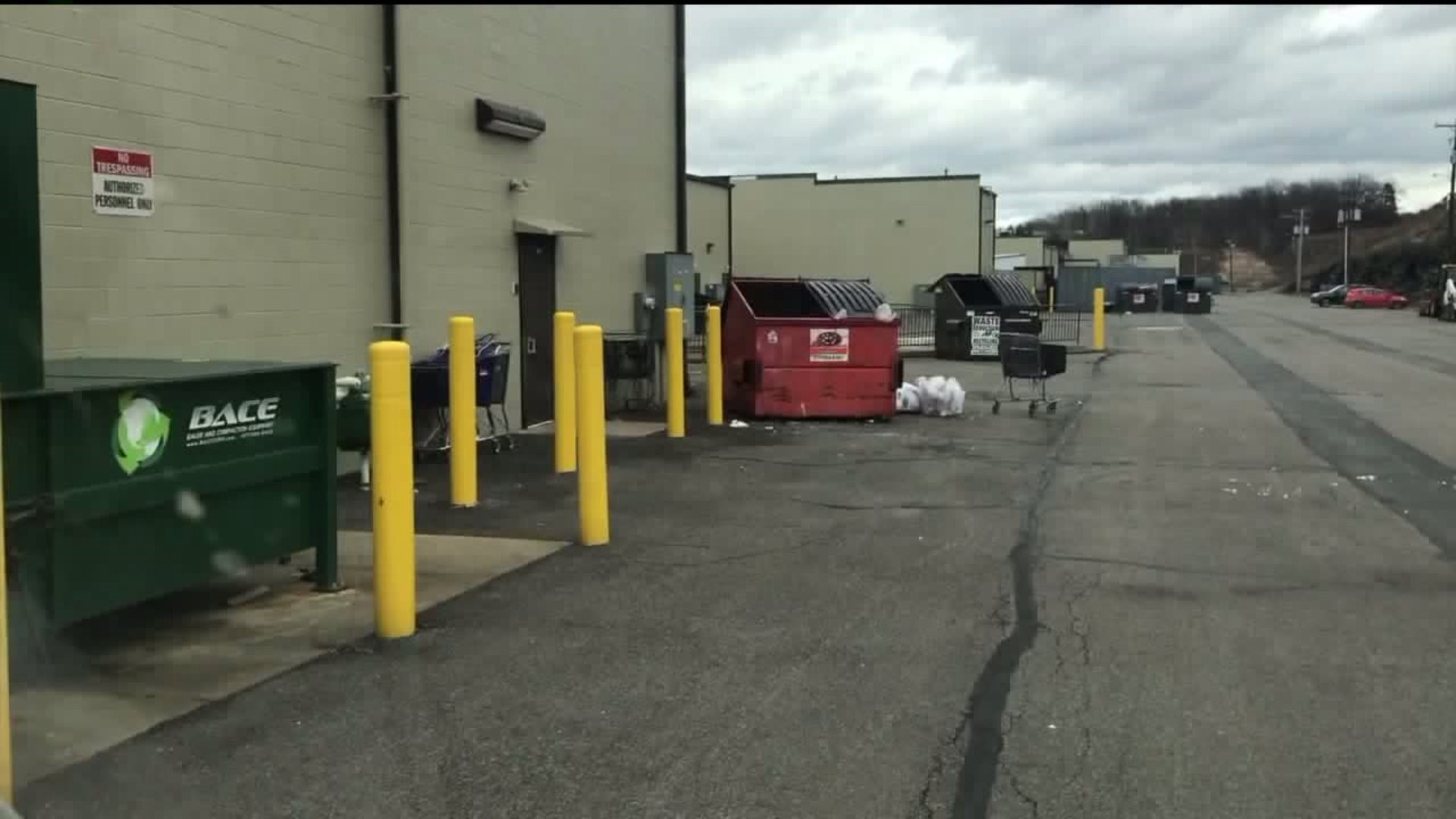 WILKES-BARRE TOWNSHIP, Pa. -- A video clip of a woman going dumpster diving has landed her in hot water.

If the "no trespassing" signs are not enough, police warn dumpster diving can get you in big trouble with the law,

The Wilkes-Barre Township Police Department has a simple message for dumpster divers that they say are hitting the rear part of a shopping center: Don't do it.

Police say ignoring that message could lead to a big fine.

"Someone, basically, telling you how you can reap the benefits of discarded trash at 2:30 in the morning, and again, it is not acceptable behavior."

Capt. William Clark says the old adage of one man's trash turning into another man's treasure could land you a fine.

"Some people do not even see a crime when it comes to climbing in and out of a dumpster and grabbing discarded merchandise," said Capt. Clark. "It is not acceptable behavior, and it is not legitimate behavior."

In the rear of the Arena Hub Plaza, there are plenty of signs warning would-be divers to stay away.

"They are not supposed to be there, and our officers are enforcing trespassing violations on these people because they should not be there. If you want the merchandise, buy it," Clark said.

Wilkes-Barre Township police say when you are climbing through trash trying to find buried treasure, you are not just putting yourself in danger, but the police officer called to the scene.

"If you look at it from another perspective, 2:30 a.m. at the rear of a building that could potentially be getting burglarized."

Shoppers tell Newswatch 16 the deals you may find in the dumpsters are not worth the fines.

"I do not see myself doing it," said Alex Nicholas. "It seems like a lot of work and possibly getting arrested is not something I would do."

Police say they could charge the woman seen dumpster diving in that video with trespassing as early as tomorrow.