WILKES-BARRE — Police in Luzerne County are trying to build more trust with young minorities. For the first time on Monday, about 20 law enforcement agenc... 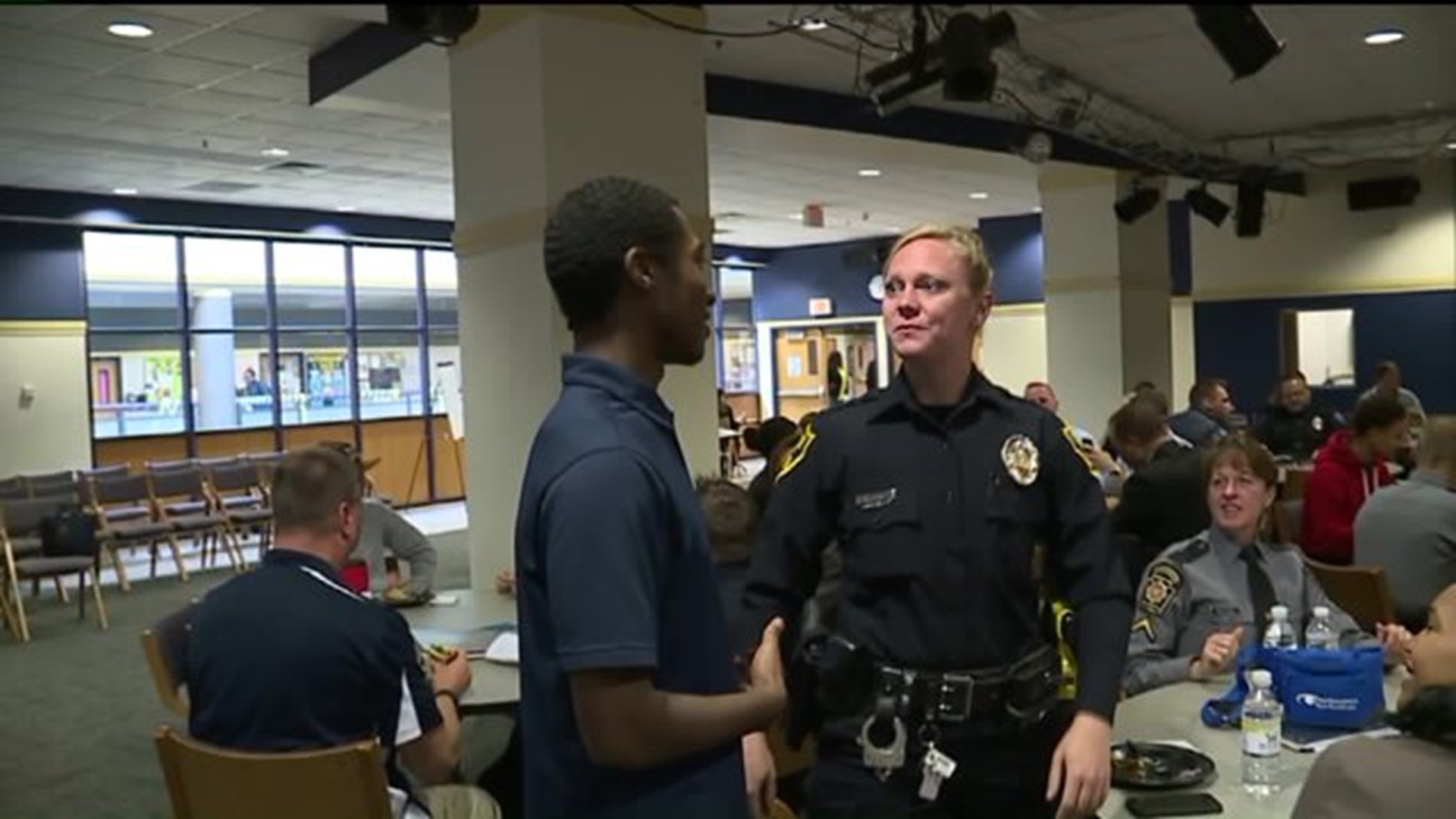 WILKES-BARRE -- Police in Luzerne County are trying to build more trust with young minorities. For the first time on Monday, about 20 law enforcement agencies from across Luzerne County met with minority youth at a forum.

"When they're arrested, it's over. You know that and I know that. It's in the system. Those arrests happen because of misunderstandings," said Paris Washington, Disproportionate Minority Contacts.

Javon Hallager is a student from Hanover Area High School. He knows the system after getting into a fight.

"I got put on probation and house arrest," said Hallager.

At first, he was upset with the officers. But now, after hearing more about what police encounter on the job every day, he's more understanding, even acknowledging his actions have consequences.

"They don't want to take us off of these streets and put us in jail because everyone wants to go home."

Organizers say they hope the young people who participated in the forum go back to their neighborhoods and start the dialogue with their friends about having better relationships with police.

"By starting those conversations, breaking bread together, they start dialogue," Washington added.

"We're more alike than we are different and ultimately everyone wants to go home safe at the end of the day," said Theresa Kline, Luzerne County Juvenile Probation.

"I would tell my friends you got to give them the benefit of the doubt,"said Hallager.

Law enforcement also learned from youth at the forum, trying to understand why kids may act out. They also hope to communicate better with young people to avoid a high number of arrests.