PLYMOUTH, Pa. – Voters in several communities across Northeastern and Central Pennsylvania chose candidates specifically to bring about change in the 2019... 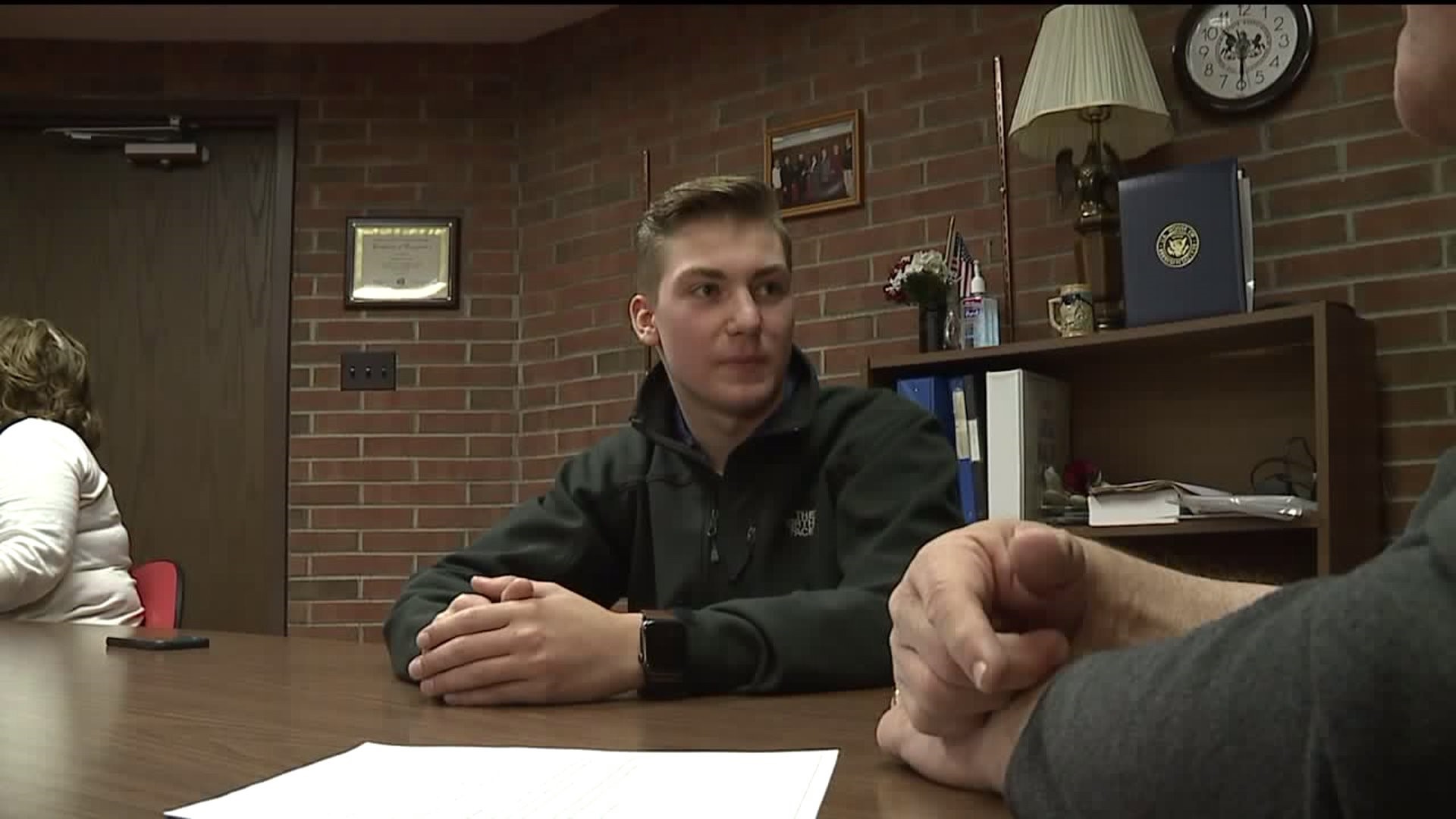 PLYMOUTH, Pa. - Voters in several communities across Northeastern and Central Pennsylvania chose candidates specifically to bring about change in the 2019 elections.

Maybe nowhere is that truer than in the borough of Plymouth in Luzerne County. The change agent there is an 18-year-old who just graduated from high school.

Alec Ryncavage started the process of running for borough council in Plymouth when he was just 17-years-old, not even old enough to vote! Now, he is 18 and ready to get to work.

MAKING HISTORY: The youngest borough council member *ever in Plymouth was just voted into office. 18-year-old Alec Ryncavage graduated from Wyoming Valley West High School in June. He was finishing classes and still campaigning! Tonight at 11 on @WNEP - hear his ideas for change. pic.twitter.com/jiSZMj1pXm

"It was a great end to a nine-month endeavor. I mean, I put in a lot of work. I door-knocked on every house twice. It was just so much effort was put into it, and it was a great payoff," Ryncavage said.

Ryncavage is a republican. He came in third among four candidates vying for three spots on council. He ran on the slogan, "reinvesting in your roots." He wants to focus on bringing in more business to Plymouth's downtown.

"Plymouth right now is in the midst of a revitalization effort. We want to surely focus on building business on Main Street," Ryncavage said.

Ryncavage graduated from Wyoming Valley West High School in Plymouth in June. At that time, he was finishing classes while still campaigning for office.

"Well, it was the end of senior year, so there wasn't much studying. I was pretty much clocked out anyway, and I was focusing really just on the campaign and my company," Ryncavage said.

Yes, Ryncavage is also a business owner. He started his own software security company called Cybiot. It's based out of a business incubator in Wilkes-Barre.

"I look forward to working with Alec. He's a very exciting young man. He's got a lot of great ideas. Hopefully, he can bring a new look to the table," council member Ron Kobusky said.

Ryncavage is set to be sworn into office on January 6th at Plymouth Borough Hall.