Over a dozen fire trucks came out for 8-year-old Jaxson Dempsey, who saved his sister from choking earlier this month. 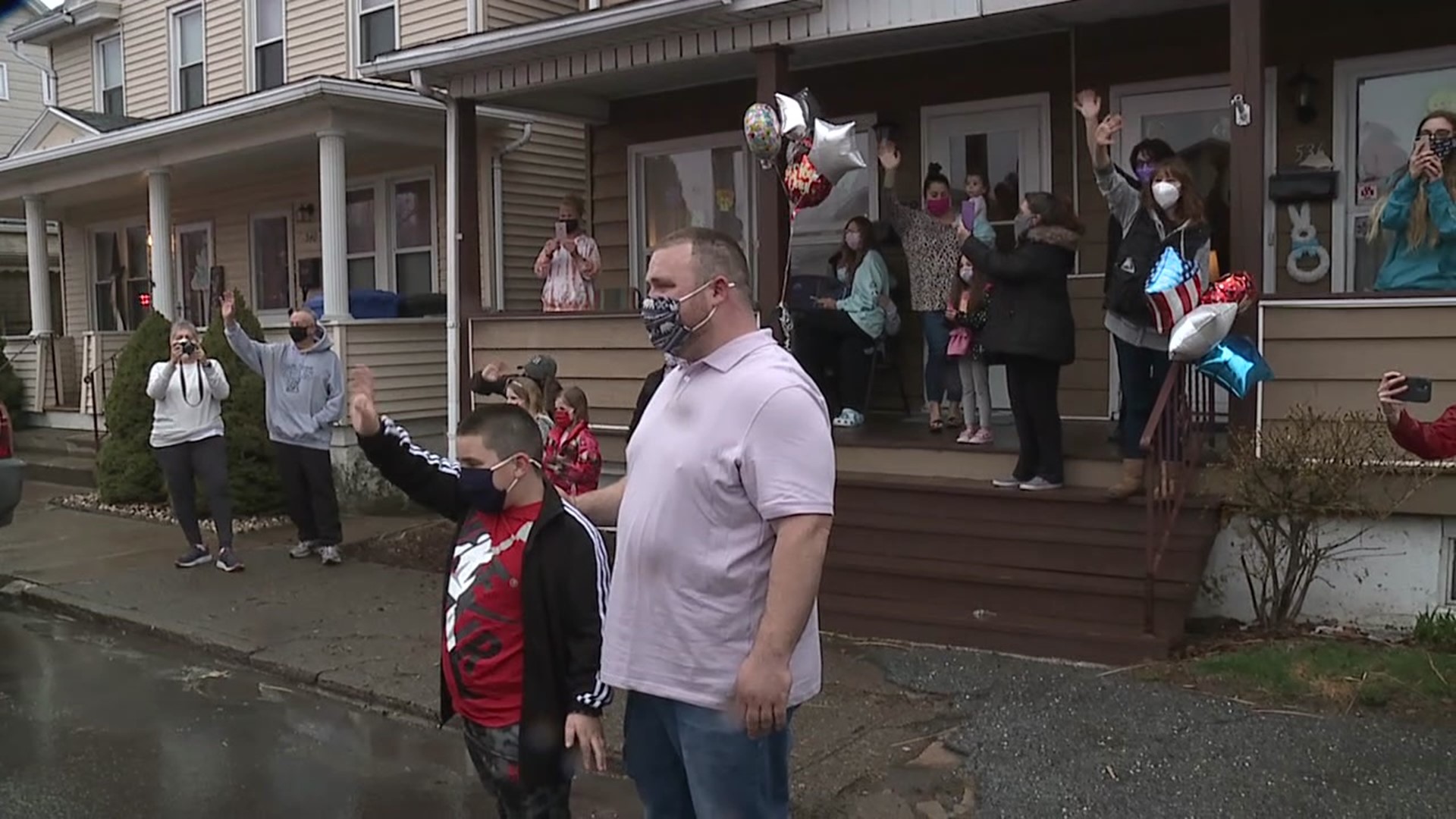 HAZLETON, Pa. — A little boy was celebrated this evening in Luzerne County with a parade fit for a hero.

Over one dozen fire trucks came out, flashing their lights and blowing their sirens for 8-year-old Jaxson Dempsey.

Earlier this month, Jaxson noticed his baby sister choking on a chicken nugget while riding in the car with his father.

Jaxson jumped into action and started hitting her in the back until the food was dislodged.

He received honors from his city for his heroism.

"The recognition is not something that we wanted or needed, but it's great to fill his heart with this much joy," said Matt Dempsey, Jaxson's father.

Hazleton's mayor and State Rep Tara Toohill also showed up for the parade.