PLYMOUTH, Pa. — Students from Wyoming Valley West High School were taken out of class early Wednesday morning and escorted onto buses after the superinten... 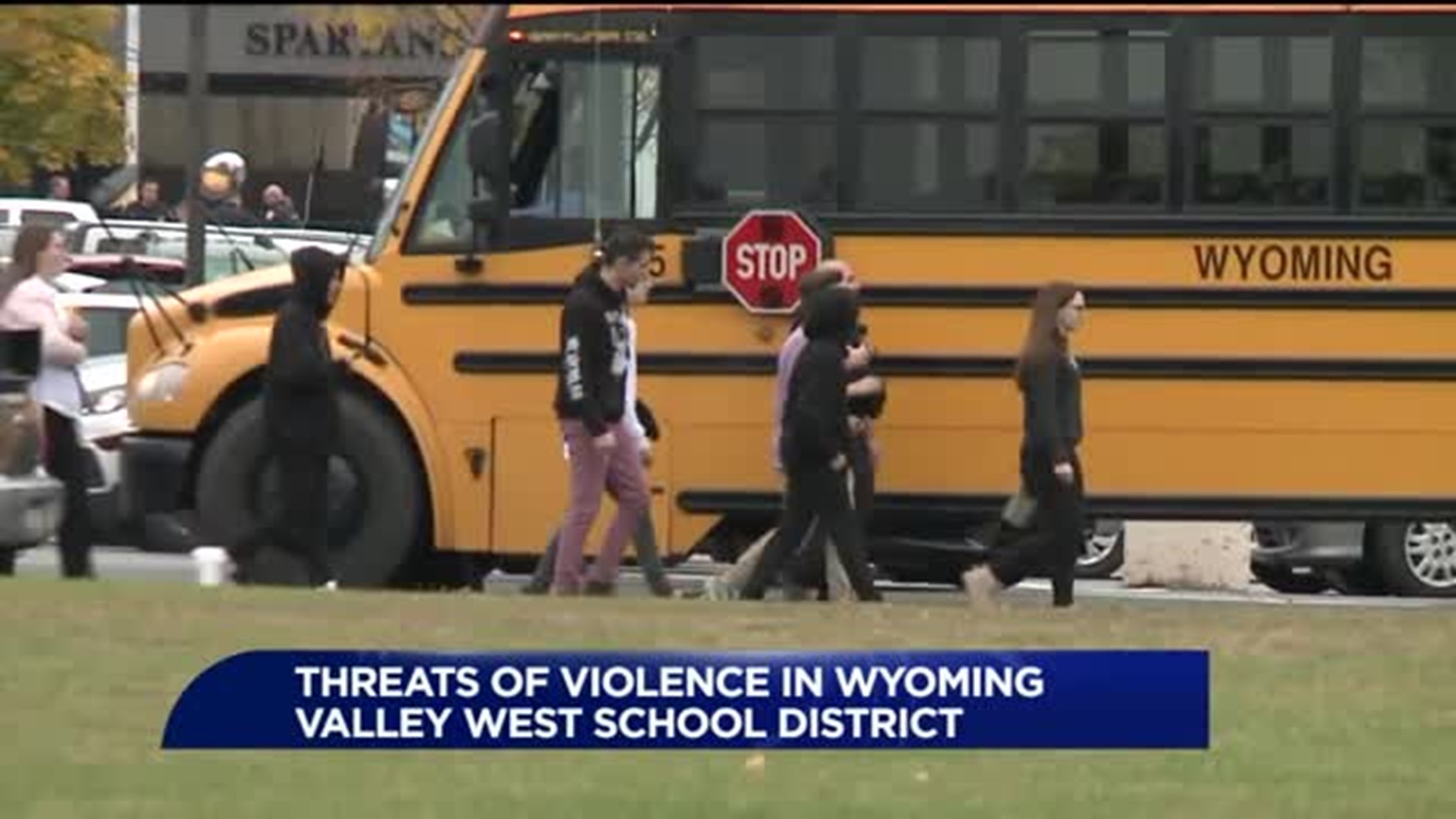 PLYMOUTH, Pa. -- Students from Wyoming Valley West High School were taken out of class early Wednesday morning and escorted onto buses after the superintendent says a note threatening violence was turned in.

“The stress level for has those people to be through the roof I mean every day going to school you don't know what to expect,” Dan Pisarcik of Edwardsville said.

Police and a bomb-sniffing dog from Scranton came in to investigate the threat. The superintendent tells Newswatch 16 nothing was found, but the threat is still under investigation

“It honestly scares me it's a completely different world I’m only 32 so it wasn't that long ago for me and the thought that my daughter has to go to school every day and I am so afraid,” Kaylene Kusma of Larksville said.

Meanwhile, at Wyoming Valley West Middle School police in Kingston say they were performing security checks with metal detectors here because of recent threats received at the middle unrelated to the threat at the high school.

"You know going to school, you need metal detectors? Metal detectors to go to school? I mean it's bizarre, it's terrible,” Pisarcik said.

Kusma's daughter attends Wyoming Valley West middle school. Police in Kingston say they have investigated three threats here in the last two weeks and have arrested two juveniles in connection to those threats.