EXETER, Pa. — Crews have begun repairing a bridge in Luzerne County that has been closed for weeks. The bridge on Route 92 in Exeter closed about six week... 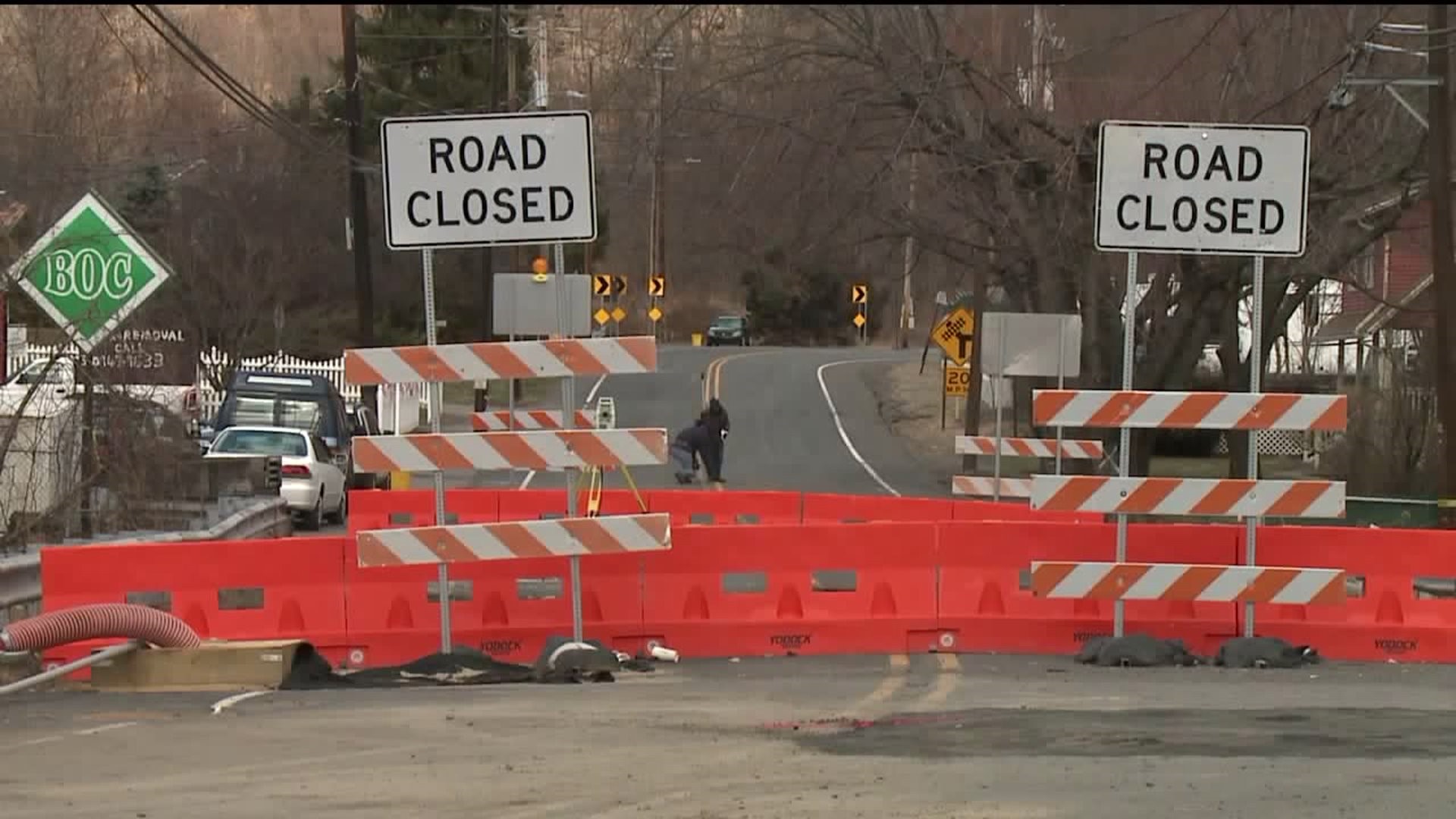 EXETER, Pa. -- Crews have begun repairing a bridge in Luzerne County that has been closed for weeks.

The bridge on Route 92 in Exeter closed about six weeks ago, and the sight along this road is still the same -- cars having to turn around to get around the closure.

"That happened the Saturday after Valentine's Day, and we saw an immediate decrease in walk-in traffic. Our walk-in traffic is down about 60 percent," said Errol O'Brien of Robin Hill Florist.

PennDOT's spokesperson says the bridge will be closed until the end of the summer. The owner's at Robin Hill Florist say that's their busiest season.

"The simple fact that it's not going to be done for a while is going to impact us through all of the spring holidays," O'Brien said.

The bridge closed in mid-February after a portion of the road washed away because of a sewer line collapse.

"Once we got down there and realized what all had happened, they found out that there were numerous pipes that go through this area, all of which were damaged, and so the repair ended up being a larger repair that we anticipated," said PennDOT official James May.

Crews have started work to repair the bridge.

May says the agency tried to expedite the process as fast as possible, but the owner of the flower shop wishes that work could be done a lot quicker.

"I cut down on what I'm ordering. I have to order a little bit tighter so that way we don't have excessive inventory. There is nothing that we can do that we can think of to entice people up this way," O'Brien added.

The bridge is not expected to reopen until this summer. There is a detour posted to get you around it.

This repair project will cost about $2 million to complete.