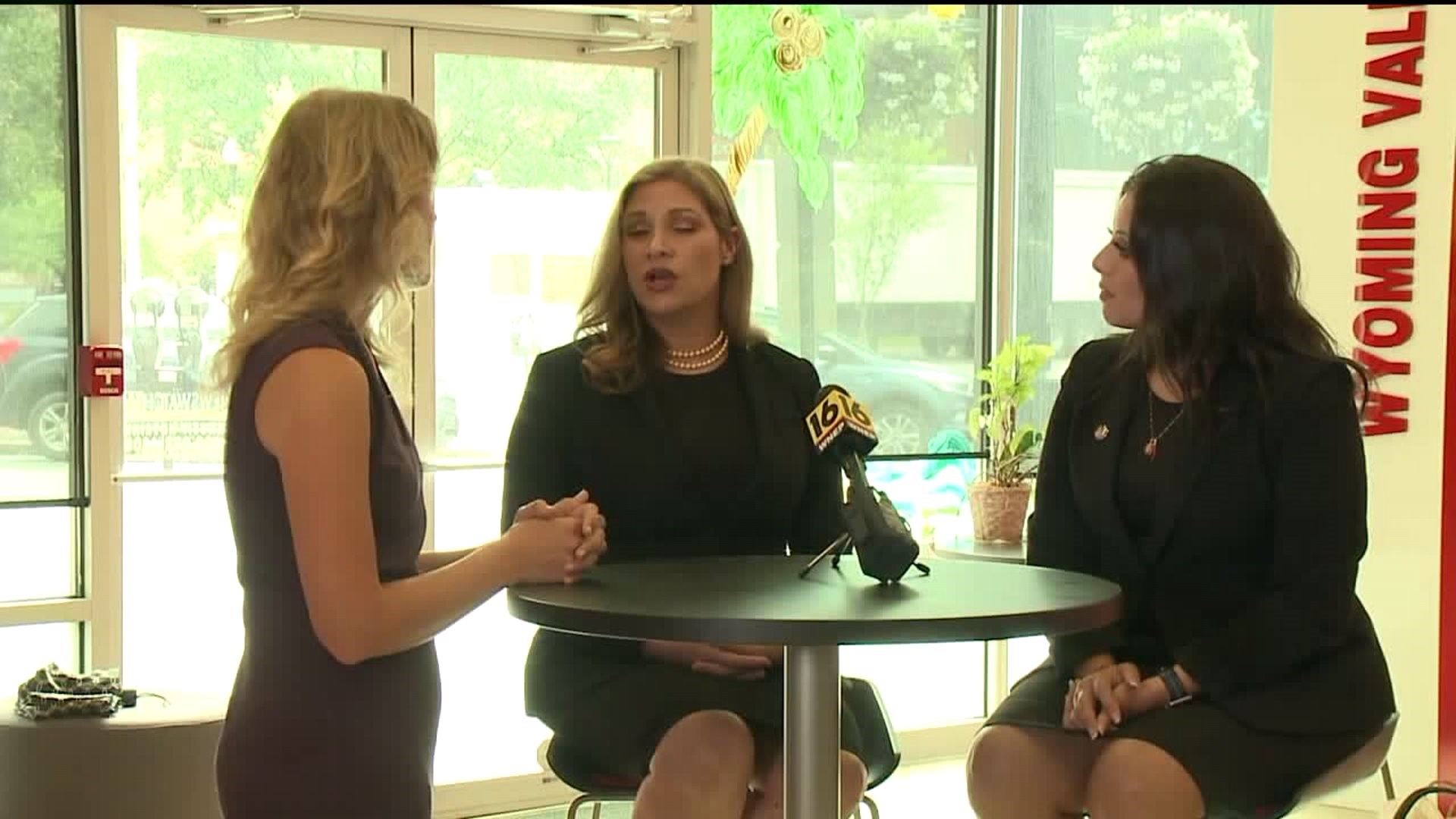 They started as the group's first female members until now.

"They say UNICO is thought of as a men's organization given the popularity of its annual charity football game. And when I would try to talk about it in the community people would look at me and be like, 'You're in UNICO? Don't you mean you're in the women's auxilIary chapter?' 'No I'm actively in UNICO.' 'Oh they have women in UNICO now?' Yes they do," said Sperrazza.

For Rynkiewicz, being one of the only women in what has been considered a man's role is something she is familiar with.

"I'm a combat Army veteran. I was an intelligence analyst in the Army for almost 7 years and far too often I was the only female on the team and in the room," said Meredith Rynkiewicz.

Sperrazza and Rynkiewicz started their work at UNICO by revamping the Miss UNICO Pageant. A scholarship program for young women in high school. They made it less about beauty and more about service above self, UNICO's slogan.

"And we were looking at everything about the pageant. Meredith and I talked about this, we wanted it to reflect that," said Sperrazza.

Now they have been chosen as the chapter's first female president and vice president respectively.

They say they hope to make UNICO more reflective of the community while also inspiring young women.

"Just because you're female doesn't mean you can't do the great things that UNICO's already doing. So that was nice to be able to change that dynamic a little bit," said Sperrazza.

"I look at my three daughters and say you know what I need to teach you how to conduct yourself in a room full of anybody male or female to do the right thing and feel comfortable in your capabilities and your experiences and this is just one more way to do that," said Rynkiewicz.