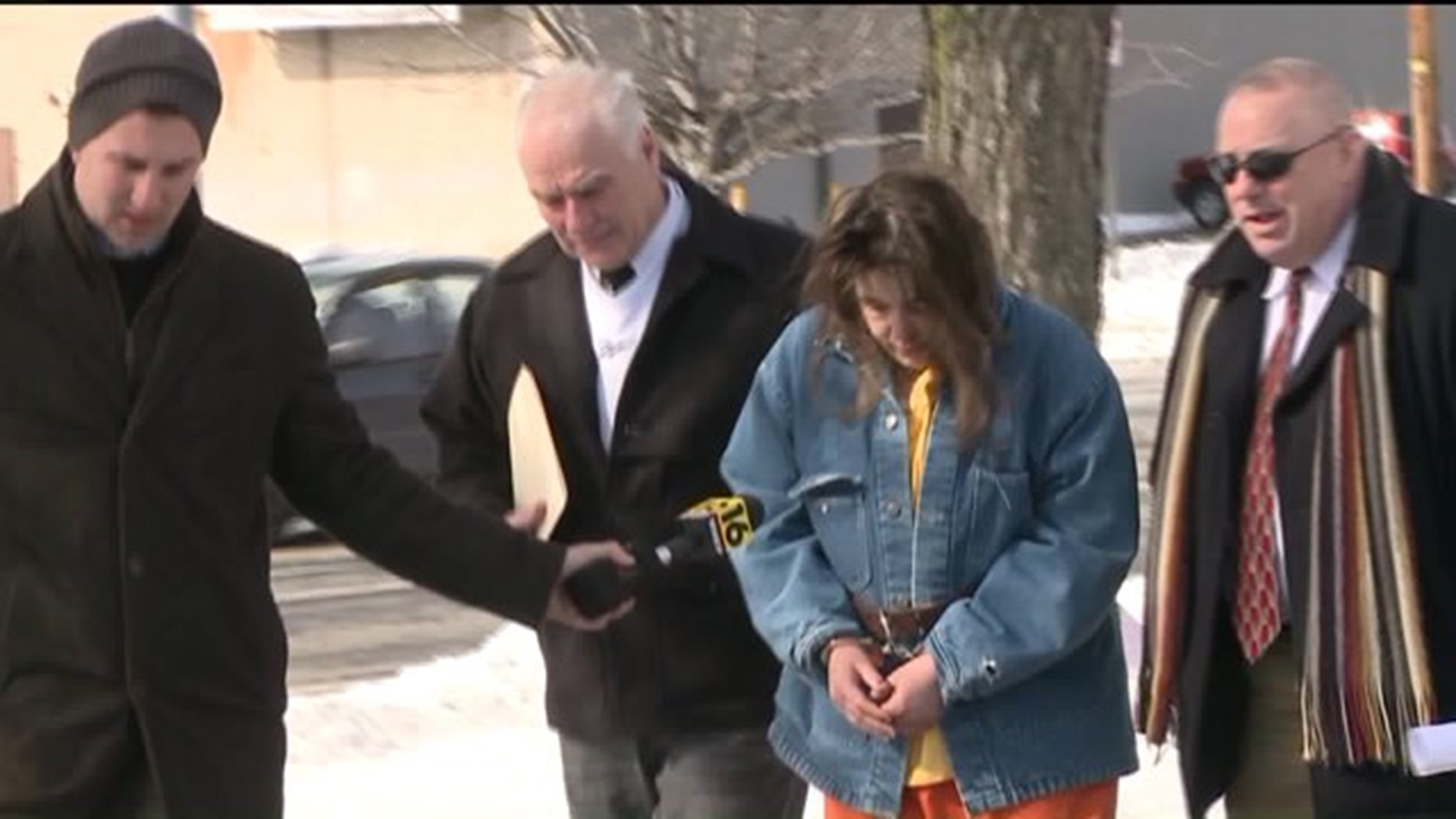 It comes as authorities also announced that nine other inmates at the same jail have been smuggling drugs inside.

A hole was found in a visitor's booth at the Luzerne County jail. Police believe it was used to smuggle several drugs to get inside. Nine people were charged.

Meanwhile, another inmate is also facing a contraband charge.

Kassandra Lee Martin walked into a magistrate's office to face assault and drug charges Friday after authorities say they found drugs on her inside of a cell at the Luzerne County jail. When corrections officers approached her about it, she attacked them.

"The officers respond to every instance. They have to and literally put their lives on the line every single day," said the director of services Mark Rockovich.

Court papers show Martin was arrested in December for drug charges. While in prison, corrections officers became aware she had drugs on her and when they went to search her, she became violent, slamming one corrections officer into a wall and then another onto the floor, breaking that officer's back.

Authorities say they also smuggled drugs into the prison through a hole in a visiting booth they became aware of in April.

"Listen, these individuals are in there for a reason. They're always going to find a way to bring it into the prison. It's our job to literally plug the holes," said Luzerne County Manager David Pedri.

Luzerne county officials say they're now working to improve safety at the jail. The changes are a result of Luzerne County Corrections Officer Kristopher Moules tragic death six months ago. He and an inmate ended up dead after fighting and then falling down an elevator shaft at the jail.

"We want to make sure they feel supported, they feel safe," said Pedri.

One of the changes is already in effect. There is now an additional corrections officer per shift, which makes 41 officers per shift.

And in a few months, every corrections officer will carry pepper spray on them.