Woman Accused of Leaving Child in Car in Frigid Conditions

JENKINS TOWNSHIP, Pa. — A security guard has been charged months after allegedly leaving a small child in her car while she was at work. Temperatures were... 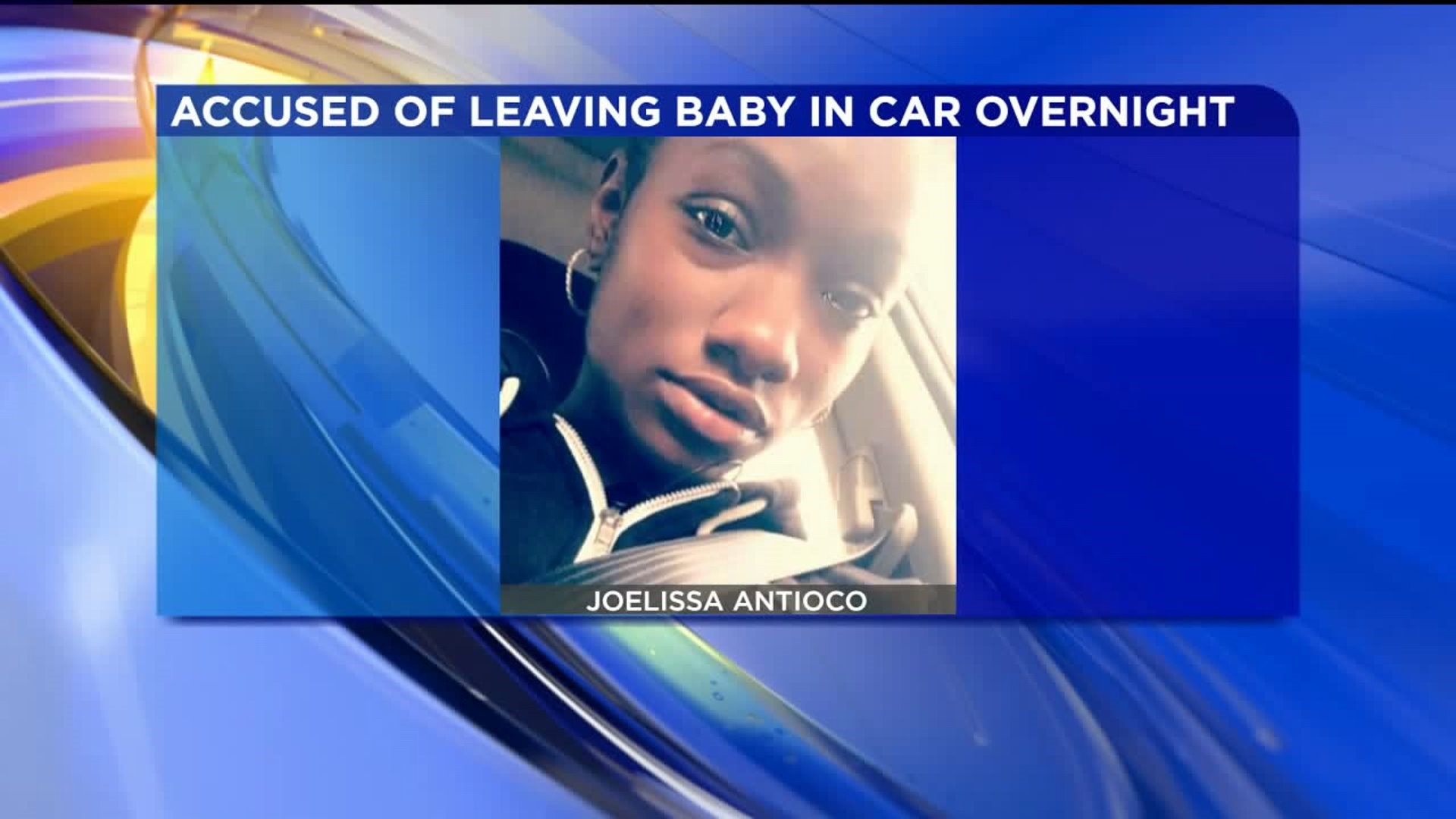 JENKINS TOWNSHIP, Pa. -- A security guard has been charged months after allegedly leaving a small child in her car while she was at work.

Temperatures were below freezing the night in May when police in Luzerne County say the woman left her toddler in the car alone.

Police say Joelissa Antioco, 27, of Scranton, brought her young daughter to work with her in Jenkins Township on the night of May 14. That 16-month-old girl stayed in the car during Antioco's eight-hour shift on a night when temperatures dropped below freezing.

Court papers say that Antioco worked as a security guard at C3i Solutions in Jenkins Township.

According to police, she brought her 16-month-old daughter to work on May 14 and left the child in the car during an eight-hour overnight shift. Temperatures that night dropped to 29 degrees

Security footage shows Antioco coming out into the parking lot several times during her shift to check on the child.

Jenkins Township police say that Antioco has been uncooperative and has not told them why she took the child to work that night.

Antioco faces a misdemeanor charge of endangering the welfare of a child. She's also been cited for leaving a child unattended in a vehicle.