Wishing and waiting for Dunkin' to reopen in Wilkes-Barre

A coffee shop on Public Square has been closed for months with no sign of reopening. 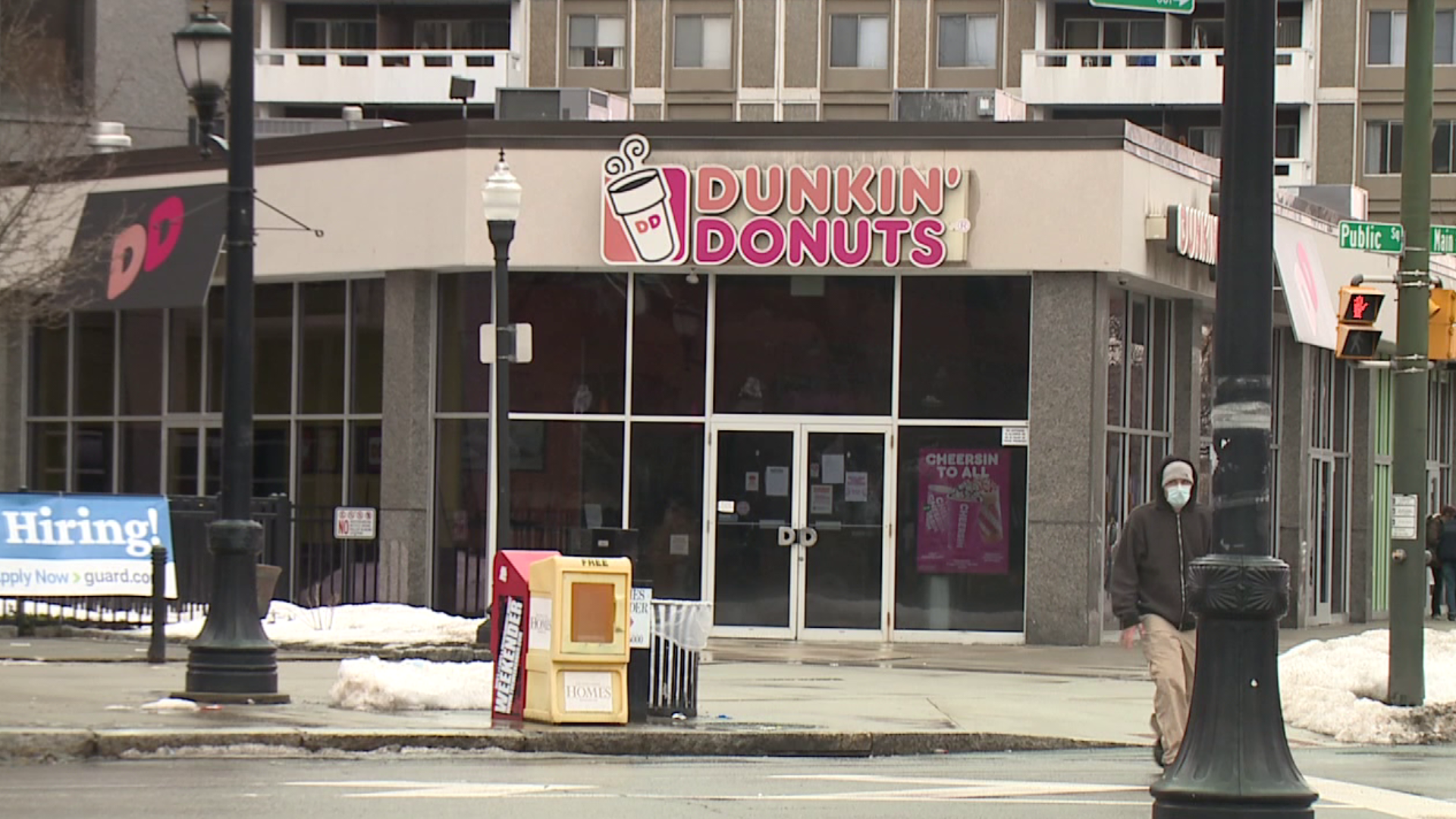 WILKES-BARRE, Pa. — For close to three months, the Dunkin' on Public Square in Wilkes-Barre has been closed with no open date in sight. It's frustrating coffee drinkers downtown.

"I wonder when Dunkin' Donuts is going to open back up because I really liked your iced coffees," explained Leonard Smith of Plymouth. "I can go there and say, 'Hi' to the ladies and going in to meet my friends."

"I had to go to Starbucks," complained Devon Schell.

"All the way to Starbucks," echoed his Wilkes University hockey teammate Nico Pidro.

"And their coffee is not as good as Dunkin's coffee," continued Schell.

"We miss Dunkin'. What happened to Dunkin'?" asked Pidro.

"Yeah, it was so convenient being right here in the square, and then all of a sudden, you'd show up, and there's a sign on the door saying that Dunkin' gets closed down, and we don't know how long or what's going on but we miss it," explained Michael Gurska.

All three of these gentlemen are juniors at Wilkes. They say coffee from this Dunkin' location used to be part of their game-day routine.

Both these college students and people doing business downtown say they aren't thrilled with the alternatives.

"I don't know how to order a Starbucks coffee. I want a medium. I don't want to grande. Right?" said Schell.

"I go to Curry Donuts, which... It's like an inconvenience, but I guess I had to deal with it. The coffee is so-so; I'm not saying that, but it's so-so. It's not a Dunkin's," added Smith.

"I miss them. They're a good doughnut shop. I used to work for them a couple of years back, and they're the best doughnut ever," said Sheri Molinary of Plymouth.

Folks in Public Square have a message for the franchisee.

Newswatch 16 reached out to the operator of this Dunkin', but we are still waiting to hear back about when, if ever, it might reopen.