February is Black History Month and students at Wilkes University spent time Tuesday making some of that history available to the public. 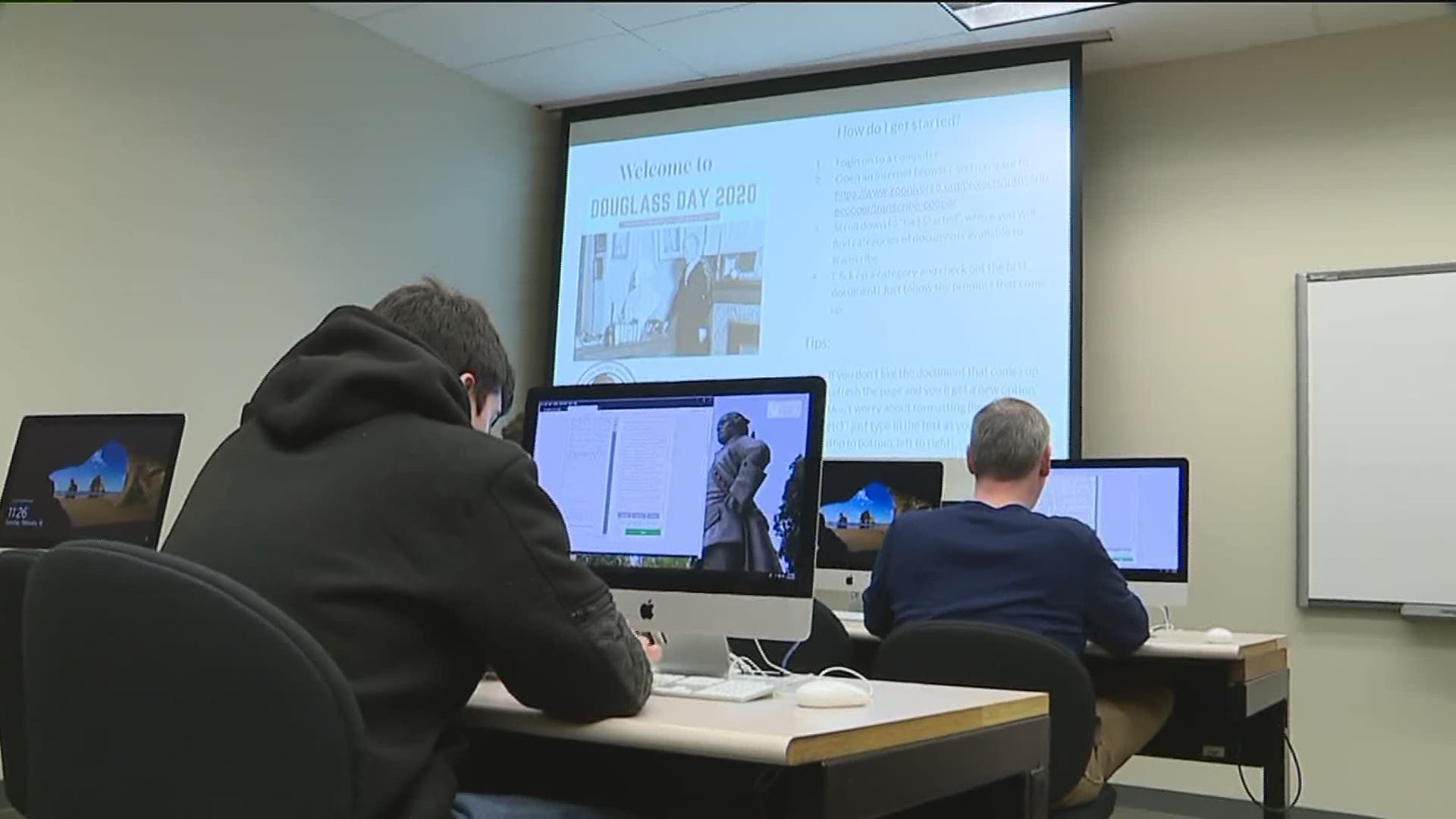 Students and staff at Wilkes University took a seat at a computer and opened up images of nearly 100-year-old documents in order to contribute to history.

"To work on transcribing handwritten and typewritten documents by a woman named Anna Julia Cooper, who was a black feminist and educator in the late 19th century and early 20th century," explained history professor Amy Sopcak-Joseph.

"She grew up in slavery and then went on to get a frickin' Ph.D.," said senior Mmachi Dimoriaku. "Just learning that as a black woman, she defied all the odds to be who she was."

More than 1,000 pages of Cooper's work will be transcribed by the end of the transcribe-a-thon.

"We're helping, doing like manuscripts, some correspondence, some financial documents, so it's a lot of stuff we're trying to get through here," said senior Morgan Burton.

Students and staff are joining a nationwide network of people transcribing the works of Cooper to make them searchable and accessible by the public.

"I feel like very honored to be able to be a part of this process and knowing that people across America are able to help us with this, I am just really honored, and I appreciate that I have the opportunity to do this," Burton said.

"Knowing that these amazing people have been defying the odds and influencing so many people, it's beyond important that we all know about this. It's not just for me, it's not just for you, it's for everybody," Dimoriaku said.

About 85 percent of Cooper's writing has been completed so far. If you would like to contribute to a part of history and make this information more accessible to the public, you can find more information here.