Wilkes-Barre's 'Old Fashioned' Fourth of July celebration recalls the old days, but with a newfound sense of freedom

With much of America continuing to open back up, Independence Day in Wilkes-Barre is looking more like the 'good old’ pre-pandemic days. 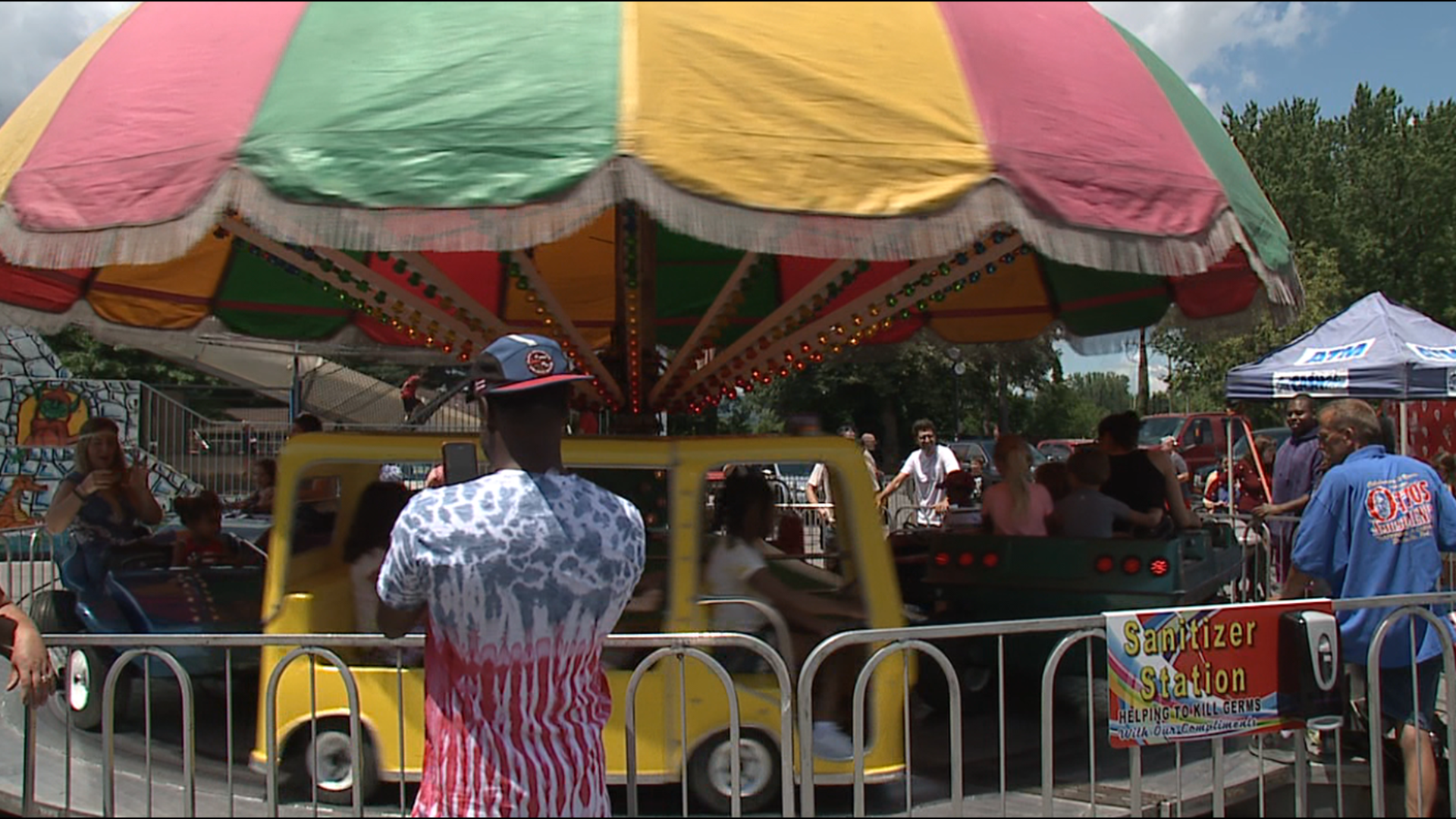 WILKES-BARRE, Pa. — It's a day to decorate, wear, and even eat the colors of red, white, and blue.

And at the City of Wilkes-Barre's 'Old Fashioned Fourth of July 2021 Celebration' in Kirby Park, music blasted all day, providing plenty of entertainment for the grown-ups.

And with plenty of rides and playground areas, there may have been even more for the kids to do. But adults and kids alike could enjoy the massive amounts of fried and sugary fair foods available.

"Our big item is, we do a doghouse fries, where we serve our fries in a dog bowl. Seems to bring people in,” Ann Elick said.

Elick owns Maddy’s Dog House, which sells all the typical fair foods you might be looking for:

Mayor George Brown says he wants his city to celebrate like in the good old days.

"When I say Old Fashioned Fourth of July Celebration, what I remember as a kid, was a long time ago, but as a kid, and I want to bring that back to the city,” he said. “Let’s see each other again, let’s say, ‘hi friend, how are you? I haven’t seen you in a year and a half.”

Brown says it’s overdue after long shutdowns throughout the pandemic.

"The last year and a half has been terrible,” he said. “We want to get people out.”

But the numbers say we're not completely there yet: as a nation, we've fallen short of President Biden's goal of 70 percent of Americans getting at least one COVID-19 vaccine by America's birthday.

"It's just nice to be out and about with humans again, you know,” Sonny Jayne of Wilkes-Barre said.

The vendors, especially, are appreciating the newfound sense of freedom on this Independence Day.

"Everything was shut down,” Mike Jagodzinski, of Yogi’s Potato Pancakes, said. “It really was."

"It was a big hit,” Ann Elick, owner of Maddy’s Dog House, said, “but we're bouncing back this year."

Mayor Brown says he expects up to 10,000 people, all in all, to show up to the celebration.

"As long as the rain holds out,” he said.

And speaking of the rain, some, like Sonny Jayne, say they worried about whether the rain would put a damper on the celebration. 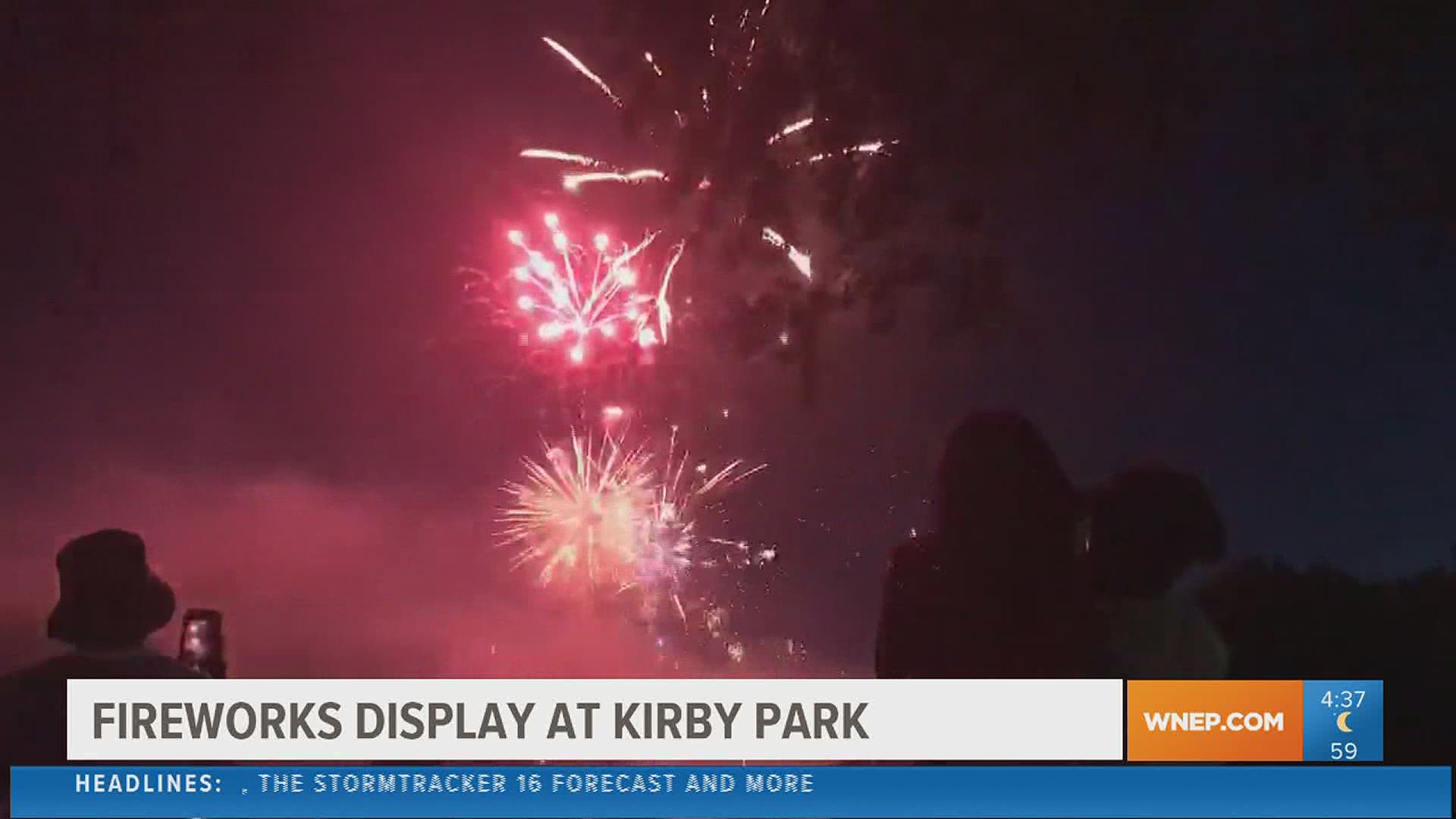 Those fireworks went off at dusk.

Thousands enjoyed the display, which was the perfect ending for the "Old Fashioned Fourth of July 2021 Celebration" in Luzerne County.

That's not all Kirby Park had to offer. 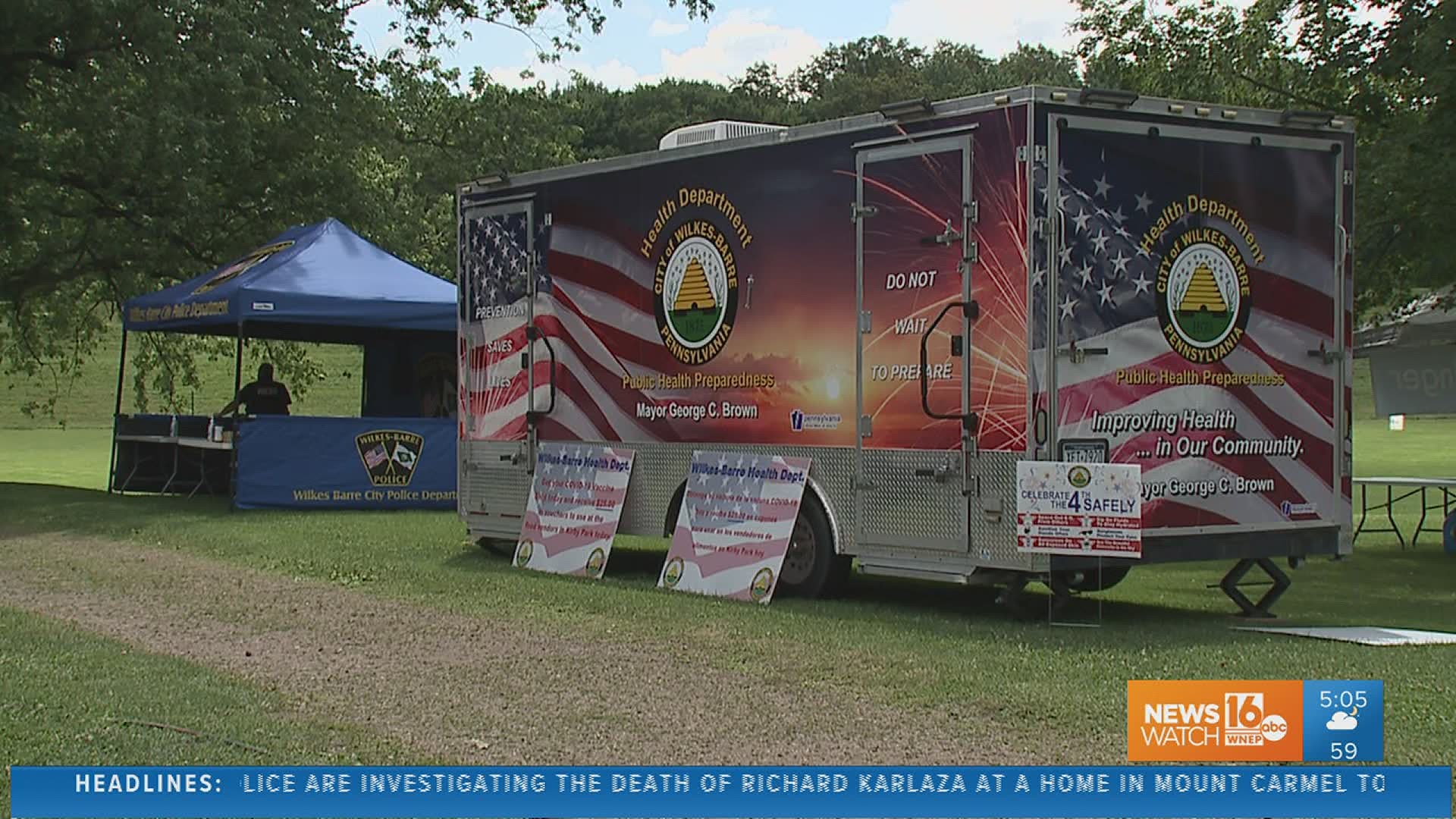 The Wilkes-Barre Health Department offered the Johnson & Johnson and Moderna Vaccines at its vaccine trailer.

People 18 and older were encouraged to get the shot to protect against COVID-19.

Anyone who received the vaccine was given a $25 voucher to use for food vendors at the Fourth of July Celebration in the Diamond City.