WILKES-BARRE, Pa. — One woman in Wilkes-Barre had a tough time getting a home nurse. She called multiple private companies and says they all turned her do... 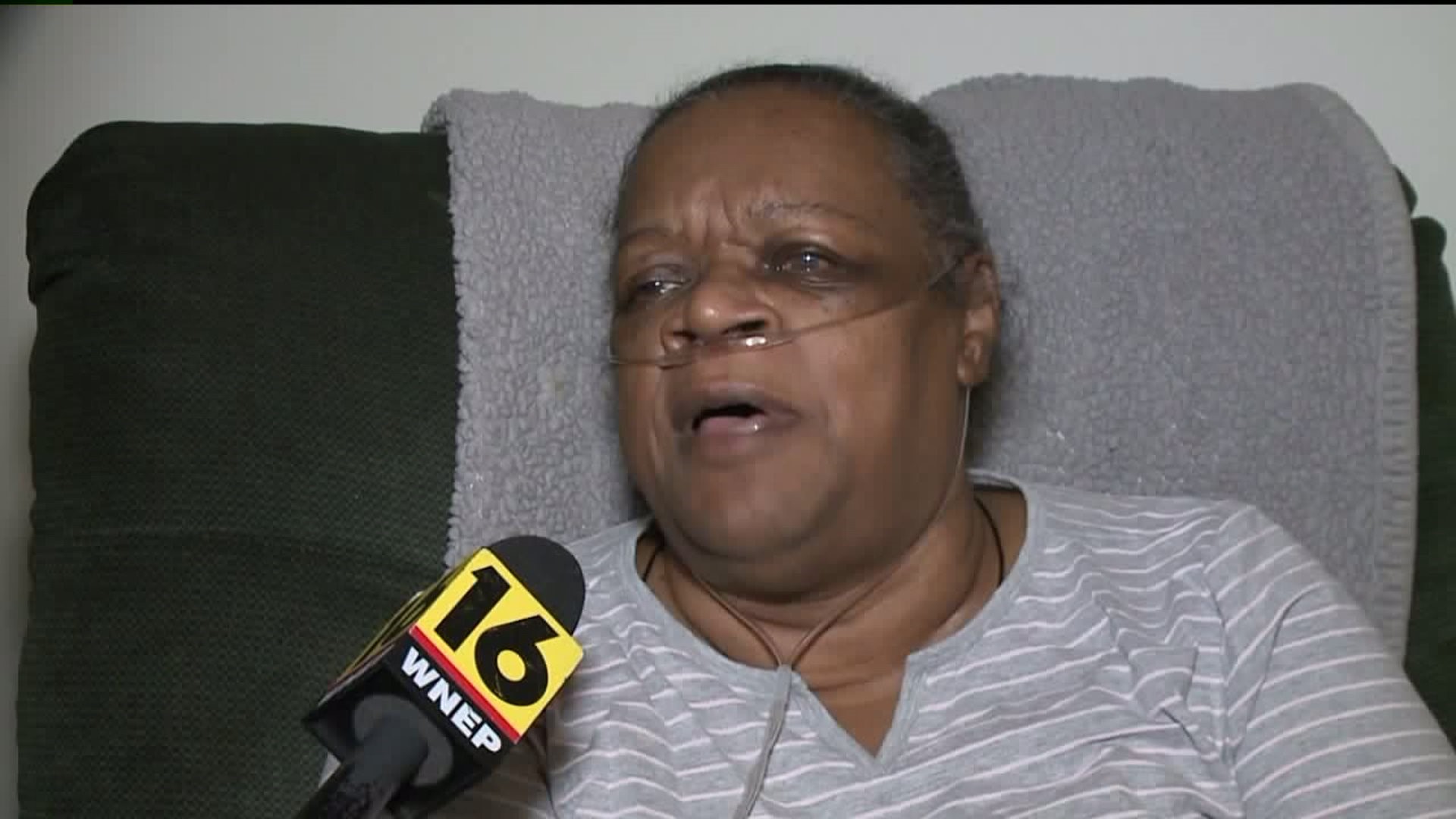 WILKES-BARRE, Pa. -- One woman in Wilkes-Barre had a tough time getting a home nurse. She called multiple private companies and says they all turned her down because of where she lives.

Sheryle Phillips is a grandmother of five. She lives with puppy Jayda in a housing project off Coal Street in Wilkes-Barre.

The 61-year-old woman is blind, diagnosed with Type 1 diabetes, and as of last week, needed a nurse's help to use an oxygen tank.

She called six private home health care companies and they all said no.

"Being raised up in Wilkes-Barre, prejudice comes to mind right away because I've been through a lot of it and that's what it makes me feel like. That they don't want to come here because of that."

Phillips says it took a week of nonstop calling to private companies to finally find a nurse who would come to her home. The Area Agency on Aging says it can help fight this battle with you as long as you're 60 years or older.

"Everyone is entitled to an assessment, which means if someone calls our office and says that they need our services, what we do is we send an assessor out. They meet with the individual and look at what they need," explained Mary Roselle, Area Agency on Aging for Luzerne and Wyoming Counties.

The agency only uses providers that will not turn someone down based on where they live. Phillips says she didn't know that but will call them the next time she needs a nurse. For now, she's happy she was able to find a nurse herself from Pathways Home Care.

"She said she'd come out and I'm like, 'Oh, thank you! Thank you, God!' She's like, 'Oh, it's no problem,' and I'm like, 'No, you don't understand how many people my doctor and I have been in touch with and they won't come out to this area.'"

Get more information from the Area Agency on Aging for Luzerne and Wyoming Counties.