WILKES-BARRE, Pa. — Wilkes-Barre police are searching for one man and have another in custody in connection with several recent shots-fired incidents. Wil... 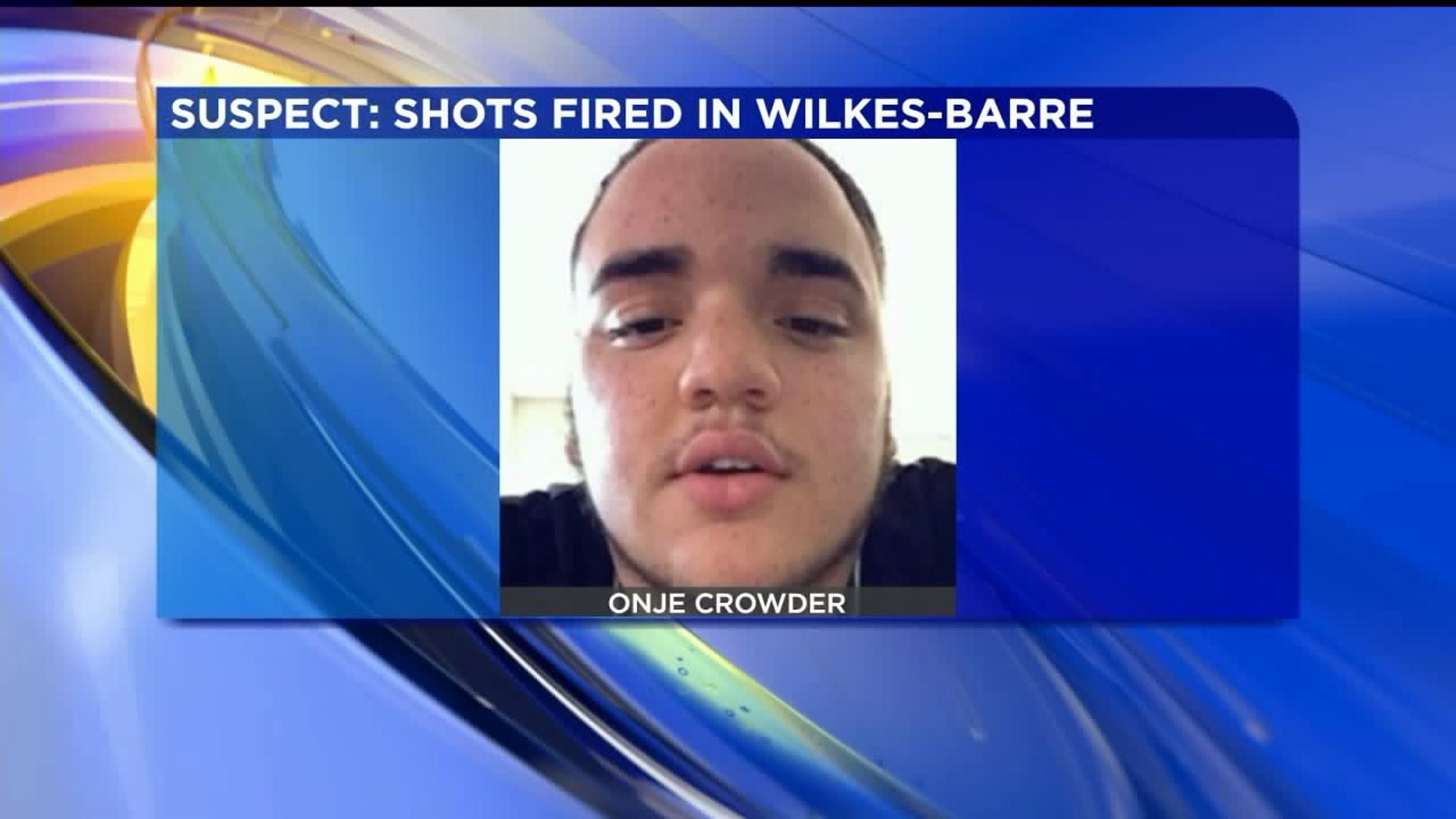 WILKES-BARRE, Pa. -- Wilkes-Barre police are searching for one man and have another in custody in connection with several recent shots-fired incidents.

Police posted a wanted poster to their Facebook page also saying Crowder is wanted in connection with another shots-fired incident on February 19.

"I have a kid," Lauren Fassett of Wilkes-Barre said. "So it was very concerning that it's happening in this area, and very recently there is a lot of them happening."

Wilkes-Barre police have also arrested Jyzah Morgan, 21, of Pittston. According to court papers, Morgan was driving the getaway car while Crowder was shooting into the home on Lockhart Street.

"I live on the block that's in the middle of all the shootings and stuff, which is weird because it's right around the corner from the elementary school and the high school and the day care that my daughter goes to," Ameera Jones of Wilkes-Barre said.

Police have been investigating four shots-fired incidents that happened in the city recently. The chief has told Newswatch 16 that the incidents are a result of a disagreement between several individuals. He said the gunfire is drug-related but could not say whether it is gang-related.

Ameera Jones of Wilkes-Barre lives nearby. She's been hesitant to let her daughter outside.

"It's hard trying to deal with that because she likes to go outside and play, and it's been hard having to tell her no and that she can't go outside and play because I don't know if anything is going to happen," Jones said. "It's not like the stuff is happening in the middle of the night. It's happening in the time after school where there are a lot of children around."

Onje Crowder faces aggravated assault charges. Police do consider him to be armed and dangerous. If you know anything about where he might be, you're asked to call police.