WILKES-BARRE — Police are releasing little information about the hit and run that happened on Hazle Street in Wilkes-Barre early Tuesday, but we know that... 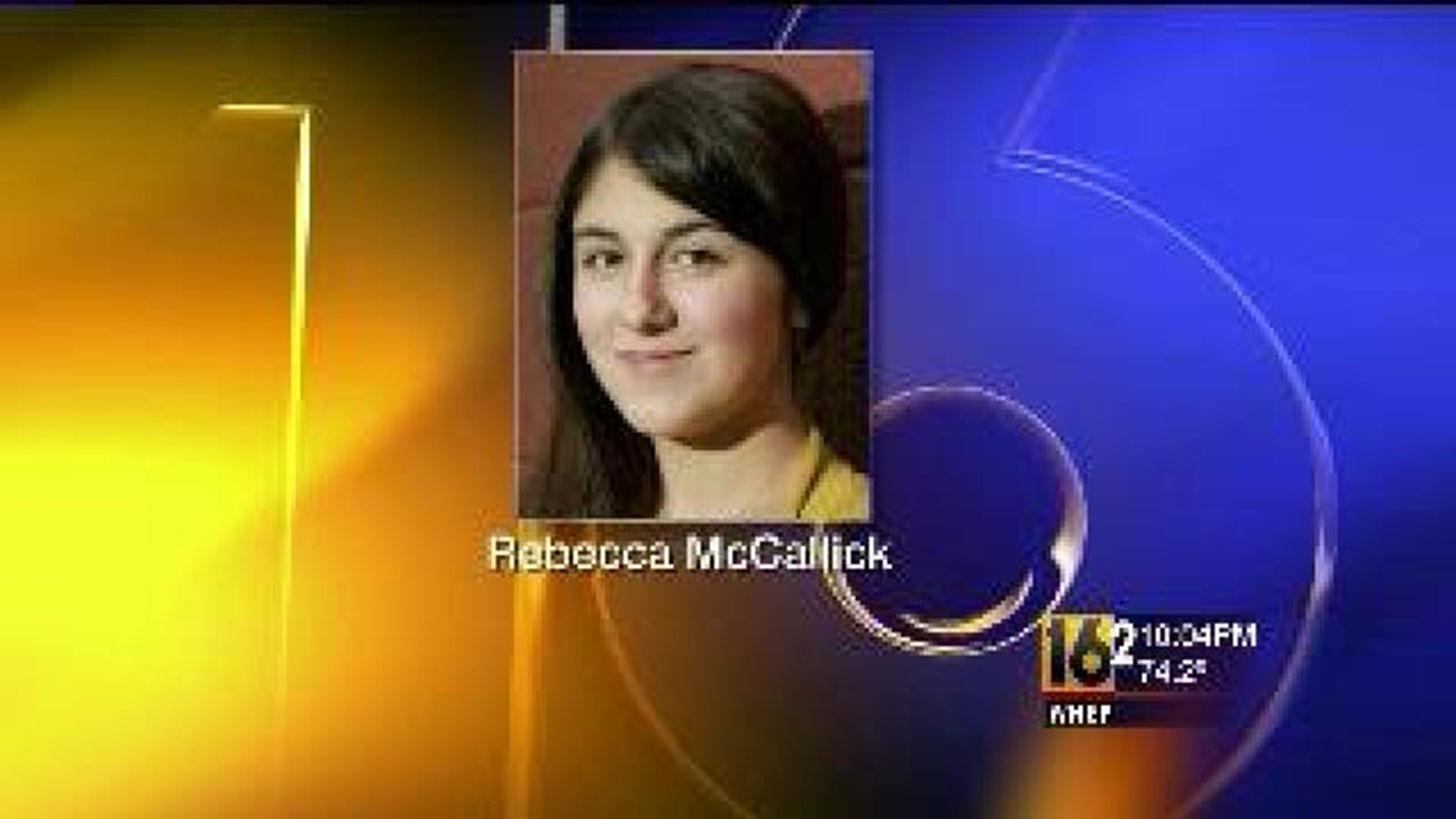 WILKES-BARRE -- Police are releasing little information about the hit and run that happened on Hazle Street in Wilkes-Barre early Tuesday, but we know that Rebecca McCallick, 19, was killed. Neighbors, family, and classmates are wondering how the tragedy could happen.

It was a startling way for Mary Jean Humphrey to wake up.

"I heard this noise. It was a car peeling out. Very, very fast you could hear it. And after a while I heard people yelling. And that's when we were up and looking out the upstairs window," said Humphrey.

Just before 2:30 a.m. Tuesday, a black pickup truck drove down Hazle Street and struck Rebecca McCallick, according to Wilkes-Barre police .

The coroner says the 19-year-old woman from Wilkes-Barre died about a half hour later at Geisinger Wyoming Valley Hospital.

McCallick would have been a sophomore at King's College this fall.

School officials tell Newswatch 16 she's from the Mountain Top area.  Family members say she worked at Wegman's, and neighbors say she lived at 199 Hazle Street just in front of where she was hit.

One of McCallick's family members stopped by the scene to try and piece together exactly what happened. He did not want to speak on camera but said he's very upset and that McCallick was a bright hardworking girl.

Even students at King's College who told us they didn't know McCallick well say they were upset to hear the news.

"I was really shocked. I mean it's just surprising to hear something like that happened to any one of us. And it's just, it really shocked me," said King's College sophomore Timothy Mike.

Wilkes Barre police are reviewing surveillance video to piece together the events of the morning.

Meanwhile those who were there, like Mary Jean Humphrey, are hoping for the best for McCallick's family.

"I feel very bad for her family. My heart goes out to them, her friends and her family. I just can't imagine what they must be going through."

The Luzerne County coroner will do an autopsy on McCallick at 9 a.m. on Wednesday to determine the cause of death.

Police are looking for a black pickup truck with a loud exhaust, possibly a diesel. Anyone with information about the vehicle or driver is asked to call the Wilkes-Barre police department.