After months of staying home, children in the city will have someplace to play. 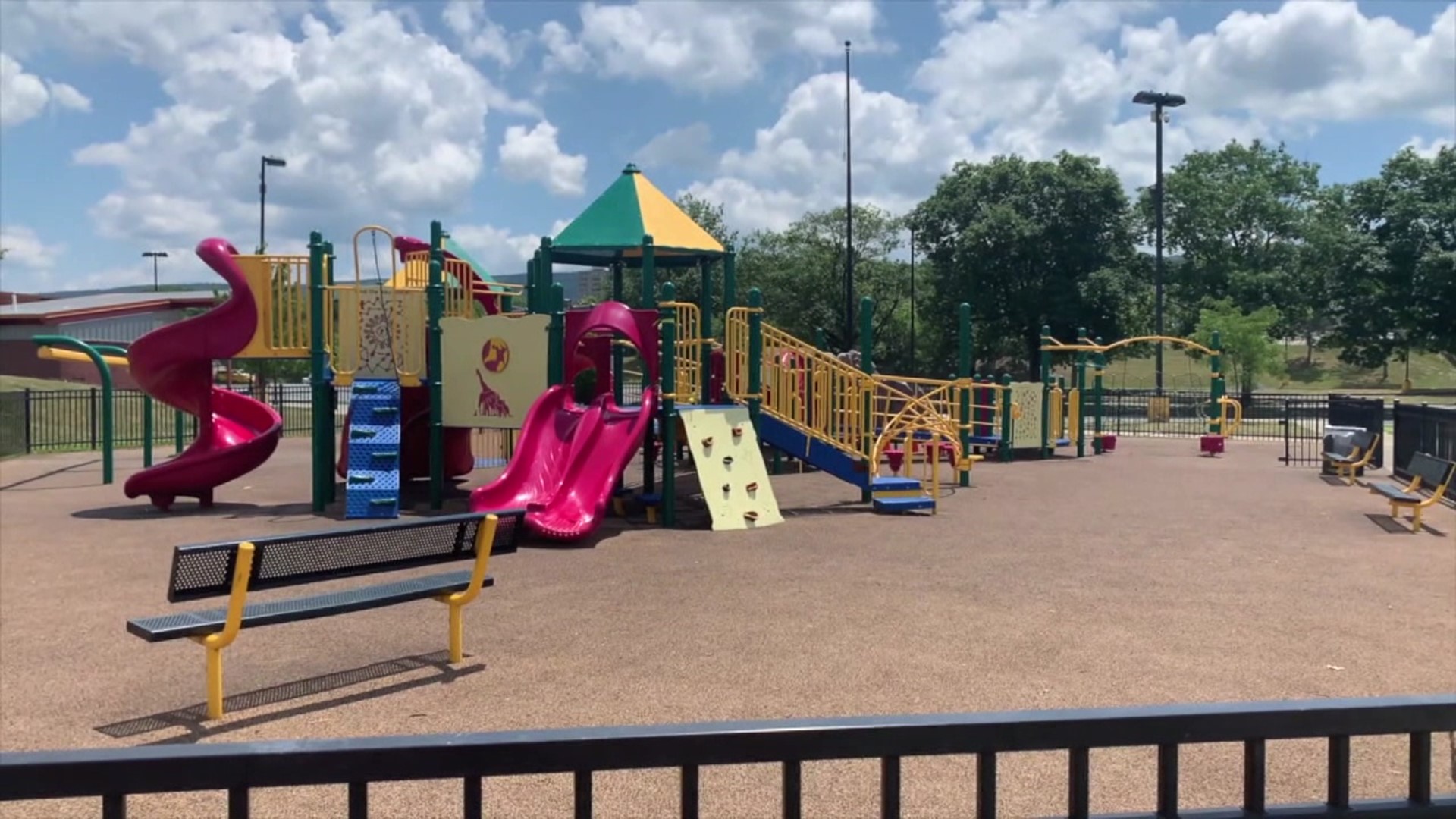 WILKES-BARRE, Pa. — For the first time in months, the gates surrounding the playground at Coal Street Park in Wilkes-Barre are open, providing a much-needed activity for families in the city.

"I have two toddlers that like to run around so it was convenient that it was open while my son was over there working out," Jessica Montigney said.

Sofia Saxon's brother is also working out here. She says during the playground's closure, she didn't like tagging along to practice.

"It was a little bit boring because all I could do was sit in the grass and watch them," Saxon said.

Basketball hoops will remain closed for now and the Coal Street Park splash pad will not open this year, but Sofia says the swings are a great way to cool down instead.

"Yeah, because then you get the wind as you go up and down."

The city still wants visitors to practice social distancing and no gathering of 250 people or more will be allowed at the parks.

Jessica Montigney of Wilkes-Barre says that's not a problem as long as her children have an opportunity to burn off some energy on the playground.

"It's nice to just walk over here. It keeps the kids entertained and stuff."

Additionally, softball leagues may begin to register. Please call Dave Iskra at 570-472-2304. All leagues are responsible for maintaining league health and safety guidelines as to their participants during the season.