New places to have fun in Wilkes-Barre

There's a lot of work going on in Wilkes-Barre to provide entertainment and fun for people in the city. 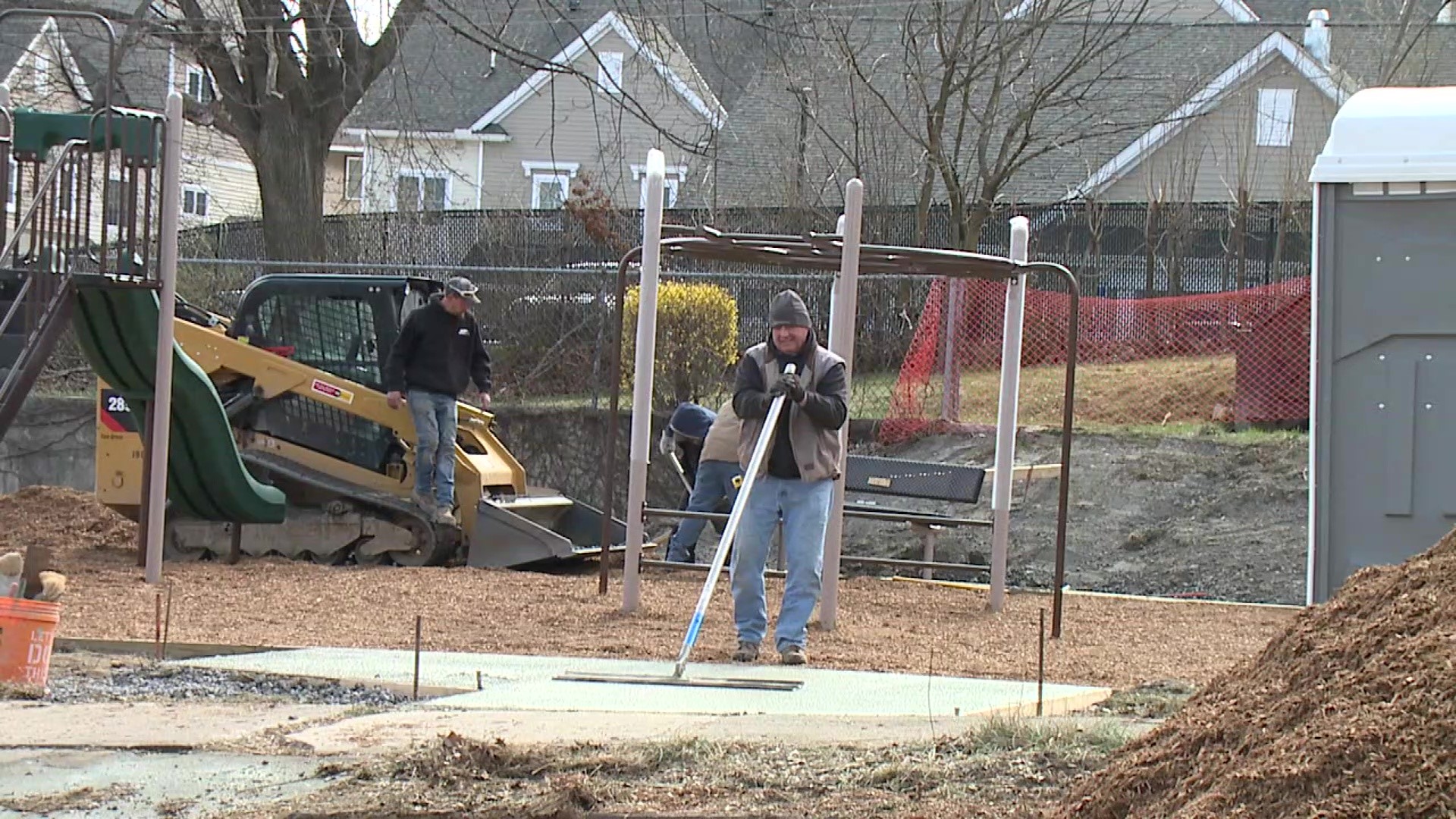 WILKES-BARRE, Pa. — A new playground is close to completion at the corner of Grove and McCarragher Streets in the Rolling Mill Hill section of Wilkes-Barre, something Mayor George Brown says was a long time coming.

"We put our team to work, and we came up with funds. Now, the park's going to be a reality," said the mayor.

Children who live in this section of Wilkes-Barre say they've been watching the progress, and they're impressed by what they see.

"We were walking by a lot to see how it was when we were outside playing. It's going to be fun," said Zachary Miller, age 10.

"I think it's going to be good for the neighborhood, just for the younger kids to play on, and for some of the older kids just to hang out with their friends," said Robbie Miller, age 13.

Another project in the works for Wilkes-Barre is a skate park at Hollenback Park.

The mayor says there was a makeshift skating area in Barney Park, but it was removed for safety reasons. He hopes something more professional and safer will soon be available to children and adults looking for a place to skate, scooter, or ride BMX bikes.

"We are going to be partnering with Luzerne Foundation, and this could be another wonderful partnership that we have," said Mayor Brown.

If you would like to donate to the skate park through the Luzerne Foundation, you can find more information here.