WILKES-BARRE — Mayor Tony George confirmed two new hires for his administration even before a city budget is finalized. Hundreds came out to the mayorR... 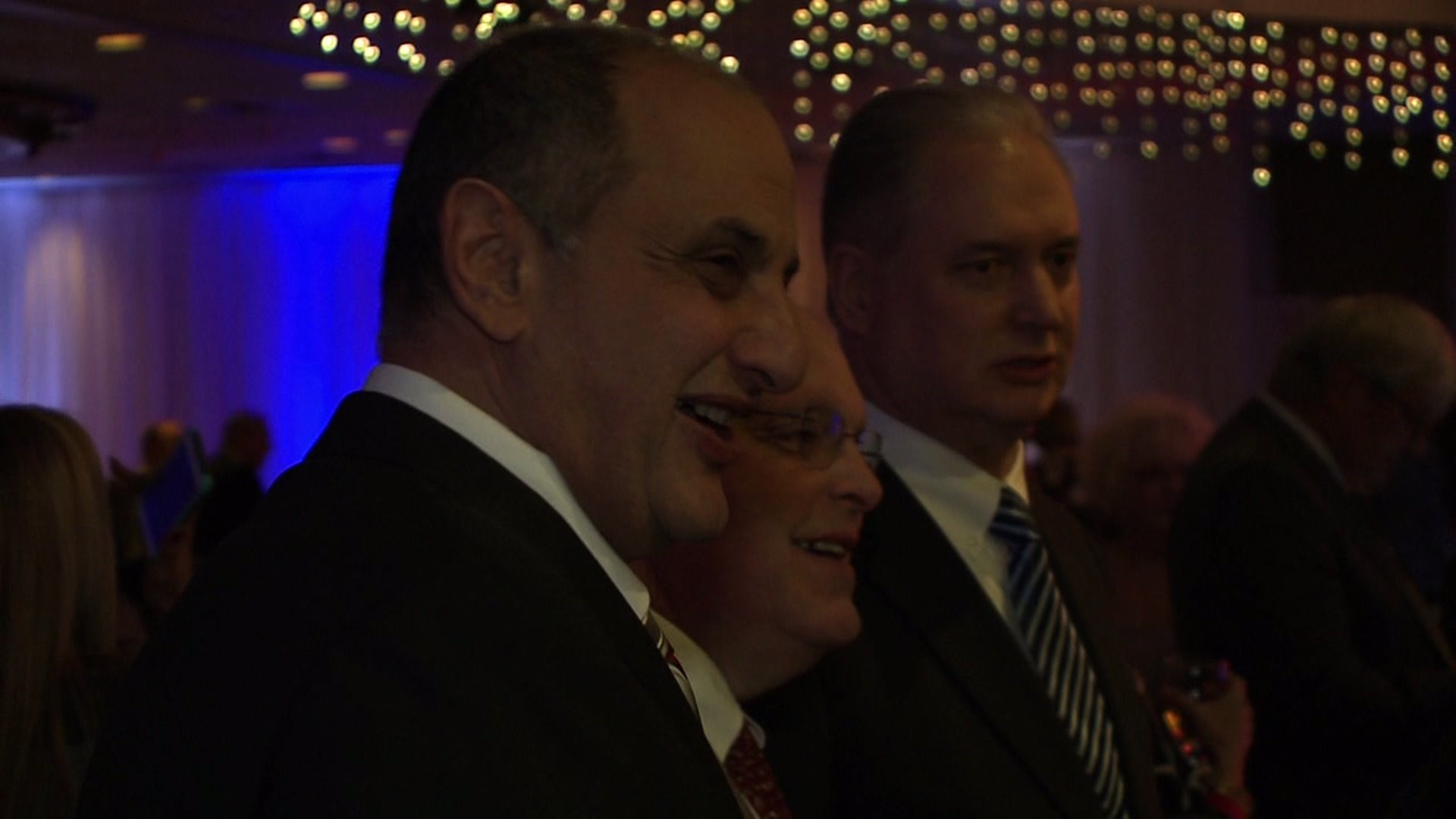 WILKES-BARRE -- Mayor Tony George confirmed two new hires for his administration even before a city budget is finalized.

Hundreds came out to the mayor's inauguration celebration at Genetti's Saturday evening.

The mayor is the first to admit he's still settling into the office, but that doesn't mean he's taking his time getting things done.

The first of his new hires is someone to oversee crime statistics in the area, a job George says went away in 2008.

"The old administration stopped them from doing that because I'm assuming they didn't want people to know where the crimes were," said George.

Another job is going to the mayor's neighbor to oversee several projects including the Solomon Creek Flood Protection Project, which would help protect an area that consistently deals with flooding problems. Another job George says was around but was no longer a priority in recent years.

"It's the savings of life and property," George added. "That's a $62 million project. Our share was $12 million and the remainder was a $50 million federal grant."

What makes the timing of these hires so intriguing is the fact that there's still no budget finalized yet. It's a budget that has firefighters worried there could be layoffs.

Local 104 Union Vice President Dave Roberts wouldn't comment directly on the mayor's hires, but he did share some concern for the matter as he and his colleagues wait and see if this will have any impact on potential layoffs for firefighters.

"We have no answers at all and it's a little disheartening and we're doing our best waiting anxiously like the rest of the public in Wilkes-Barre," said Captain Roberts.

George told Newswatch16 the city was at risk of missing out on grant money without both positions. At this point, it's unclear exactly how much more money the city will save as a result of paying two new salaries.

Mayor George is scheduled to present his budget to Wilkes-Barre City Council on February 9th.