WILKES-BARRE, Pa. — A man in Wilkes-Barre is locked up after police say he strangled a pregnant woman in his house, telling her he wanted to kill her and ... 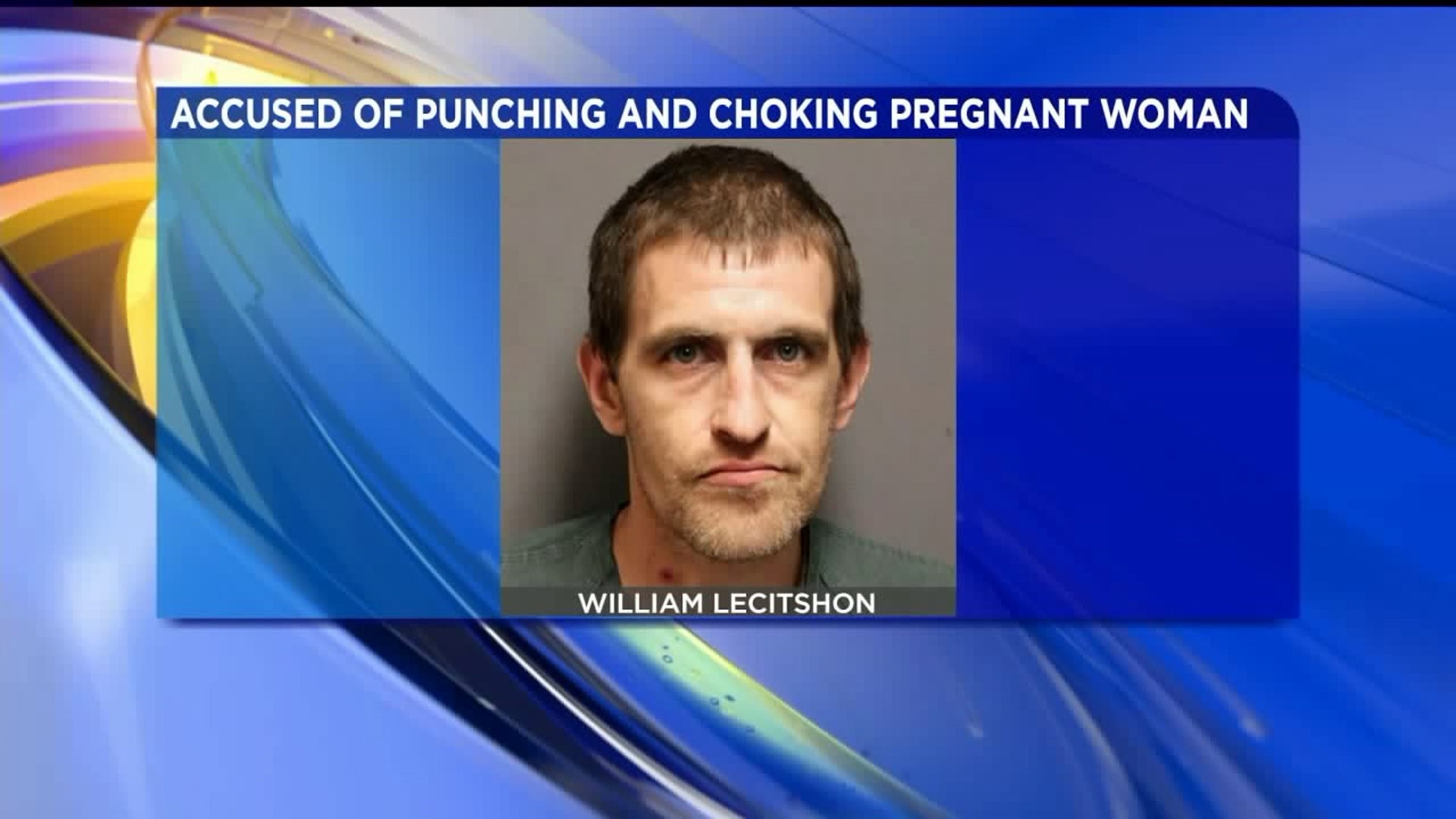 WILKES-BARRE, Pa. -- A man in Wilkes-Barre is locked up after police say he strangled a pregnant woman in his house, telling her he wanted to kill her and the unborn baby.

Police say William Lecitshon, 38, strangled the woman who was several months pregnant, kicked her in the stomach, and spit on her.

Police say it happened at his home on John Street in Wilkes-Barre.

Neighbor Jerry Bartleson wasn't surprised to see police there over the weekend.

"I've seen and heard quite a few times that police have been there, and it's just a shame. People need to grow up and respect other people," Bartleson said.

Court papers show the victim told police Lecitshon "went crazy," and she thinks he needs help with his drug habit.

"From what I've heard, he's got some problems. Like we've all got problems, but some more than others," Bartleson said.

Court papers show Lecitshon started arguing with the victim over pills and money. He started hurting her, saying he was going to kill her and the unborn baby.

After police showed up, they say the victim refused medical treatment and Lecitshon was arrested.

"Hopefully she'll see the kind of a person he is and possibly move on or whatever, try to get him help if she wants it or he needs it," Bartleson added.

Lecitshon is locked up with bail set at $5,000 and since the victim refused medical care, there's no word on her injuries or condition.