Luzerne County Manager David Pedri shared his knowledge of what happened that led to ballots being discarded. 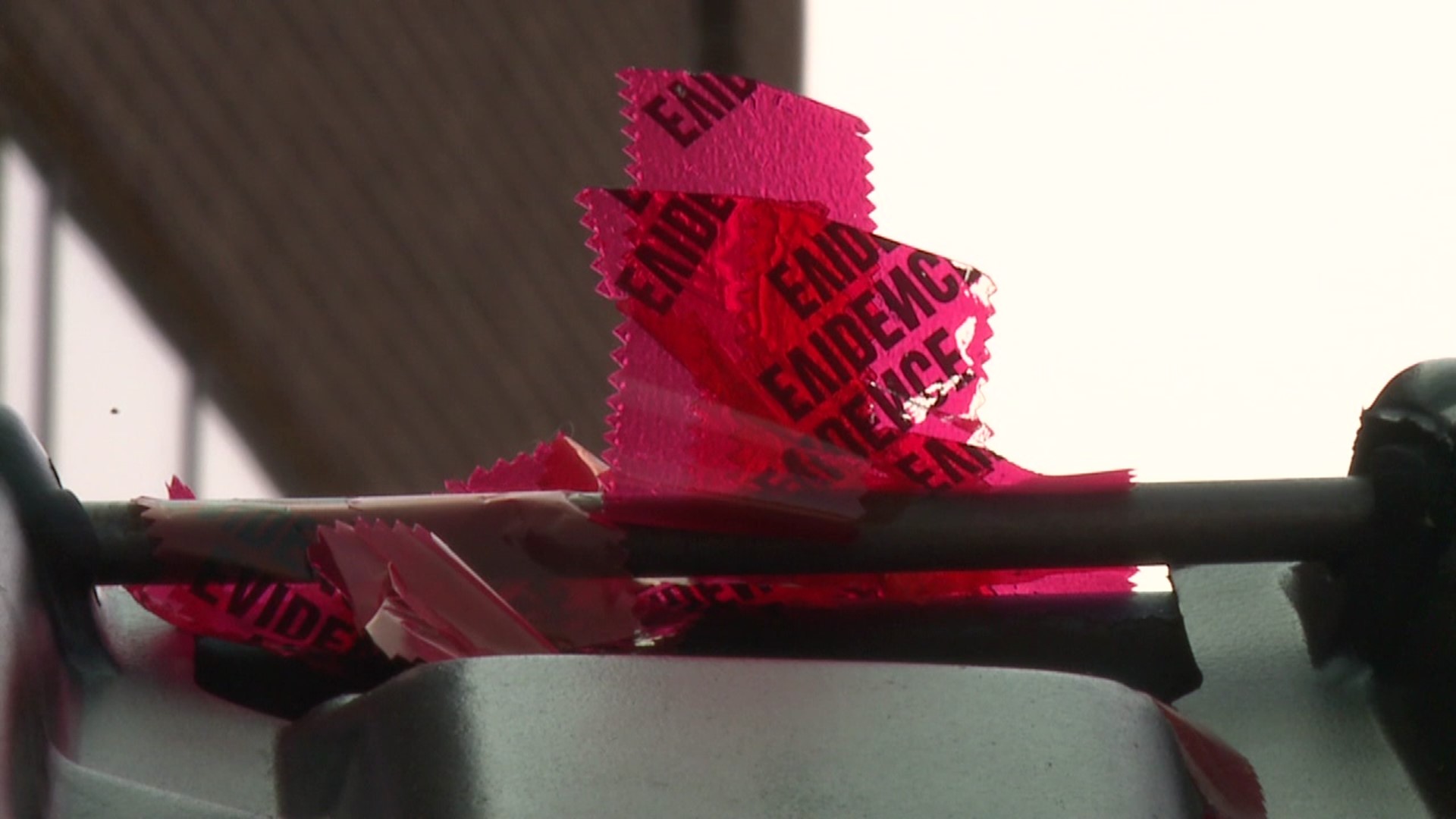 WILKES-BARRE, Pa. — Officials in Luzerne County have now responded to questions regarding a federal investigation that discovered that military ballots were found in the trash.

Luzerne County Manager David Pedri says it's normally not his policy to comment on ongoing investigations but because the eyes of the nation are on Pennsylvania, and Luzerne County in particular during this election, he shared with us everything he says his office knows regarding the investigation.

Evidence tape can be seen along the latches of the dumpsters sitting outside the Luzerne County Penn Place building. Inside is where the Luzerne County Bureau of Elections is located and these dumpsters were the subject of a federal investigation after it was discovered that Military and Overseas Voter Empowerment Act ballots for the general election were thrown away.

A witness tells Newswatch 16 these dumpsters were taken away from behind the Penn Place building — where the Luzerne County elections office is located — earlier in the week after they were sealed with red tape marked ‘EVIDENCE’. They have since been returned @WNEP pic.twitter.com/rKQo2M9CI3

"These are military ballots or for citizens overseas. Those were sent out in August of earlier this year," Pedri explained.

The U.S. Attorney's office says it found nine ballots had been thrown away. The county says late last week it was discovered by Elections Director Shelby Watchilla that some of these ballots were incorrectly discarded by a seasonal, temporary employee who was assigned to sort the mail received by the Elections Bureau.

"Upon that finding out that this individual did discard these ballots, Ms. Watchilla contacted the solicitor's office and then we contacted the authorities and a federal investigation has been working from here."

The county says that temporary employee has been let go and all the trash discarded from the elections office while that employee was working has been collected and sorted through by federal investigators.

Pedri says there are safeguards in place and more will be done to make sure this doesn't happen again.

"There are already cameras in the Elections Bureau. They will, obviously, be reviewed. In addition, there is going to be additional training that's going to be provided to staff. The Department of State will also be coming in to provide additional training. This is a big election. Obviously, the eyes of the world are on Pennsylvania, the eyes of the world are on Luzerne County right now. It's up to us to make sure that the integrity of the election is being maintained and it is being maintained here."

The county is working to contact the voters whose ballots were thrown away to make sure their vote is counted.

"It's difficult to say it's difficult to predict. I think the information that has come out is unclear. I mean we still don't know exactly what happened," said Kyle Kreider, political science professor at Wilkes University. "I guess there are at least two ways to look at this. One way is to say this indicates that there's a problem, let's say with mail-in ballots. but the other way to look at it is to say that maybe this is evidence that the system works, right? That someone picked up on these irregularities."

Pedri urges people to go with the latter.

"This is an incredible amount of pressure on every single county, but obviously, we made national news yesterday on this matter. But here's what I would say: the system worked, OK? There was an error and we owned that, and we say there was a mistake. There was an error and those ballots should not have been thrown away, but they were, so we own that. But that error was caught by a public servant. she reported it to the authorities and law enforcement has taken it from here," Pedri said.

The likelihood that this is going to impact the election is minuscule. I mean it will probably impact the narrative or the rhetoric surrounding mail-in ballots. I mean certainly, the Trump administration took the DOJ press release already and made some political hay out of it, but that I think is where we are going to see the impact," said Kreider.

Anyone casting a UMOVA ballot can check their ballot status at the Pennsylvania Department of State website.