WILKES-BARRE — The Pennsylvania Department of Health gave the city of Wilkes-Barre a $615,000 grant to increase access to healthy foods. The grant will al... 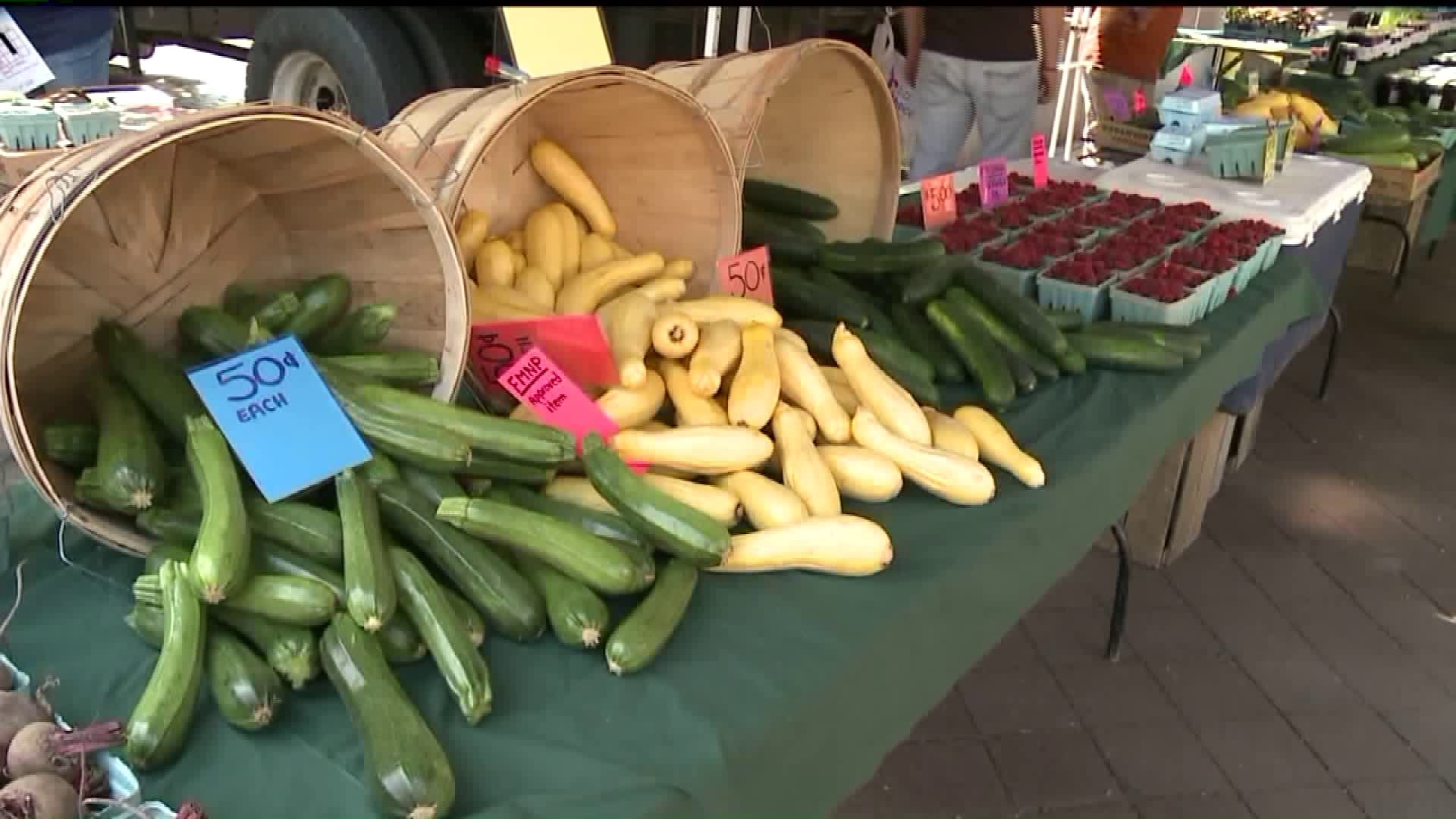 WILKES-BARRE -- The Pennsylvania Department of Health gave the city of Wilkes-Barre a $615,000 grant to increase access to healthy foods. The grant will allow the Farmers' Market to take place on Thursdays, like usual, but now also on Mondays.

The Wilkes-Barre Farmers' Market has been around since the 1970s, and Larry Omalia has been coming since the beginning.

It's still a very worthwhile and enjoyable day to go to town on a beautiful summer day and sell a lot of produce," Omalia said. He owns Larry Omalia's Farm and Greenhouse on River Street in Plains Township.

The Farmers' Market comes to Public Square every Thursday from the end of June through November. This year, the city will host the market on Mondays in July and August. The extra day is paid for by a grant from the State Department of Health.

Mondays at the market will be a little different. Plans call for cooking and gardening demonstrations, and physical activity events.

"We want to make Wilkes-Barre and Wyoming Valley a healthy place to live. We have a long way to go, and this is one of those components to help us get there," Radulski said.

I think the future is, the more activities and the more opportunities for things in the city, how can you lose?" Omalia said.

The city has tried adding extra days to the Farmers' Market in the past, and it hasn't been successful. This time, adding the extra day on a Monday concerns some farmers.

"It's an automatic that I would have to pick probably a good amount of that produce on a Sunday," Omalia explained.

The city's health department understands Mondays are tough for farmers, which is why they're adding new components to the market.

The Farmers' Market comes to Public Square in Wilkes-Barre the last Thursday in June. The Monday markets won't start until after the Fourth of July. They will end sometime around Labor Day while the Thursday markets will run through November.