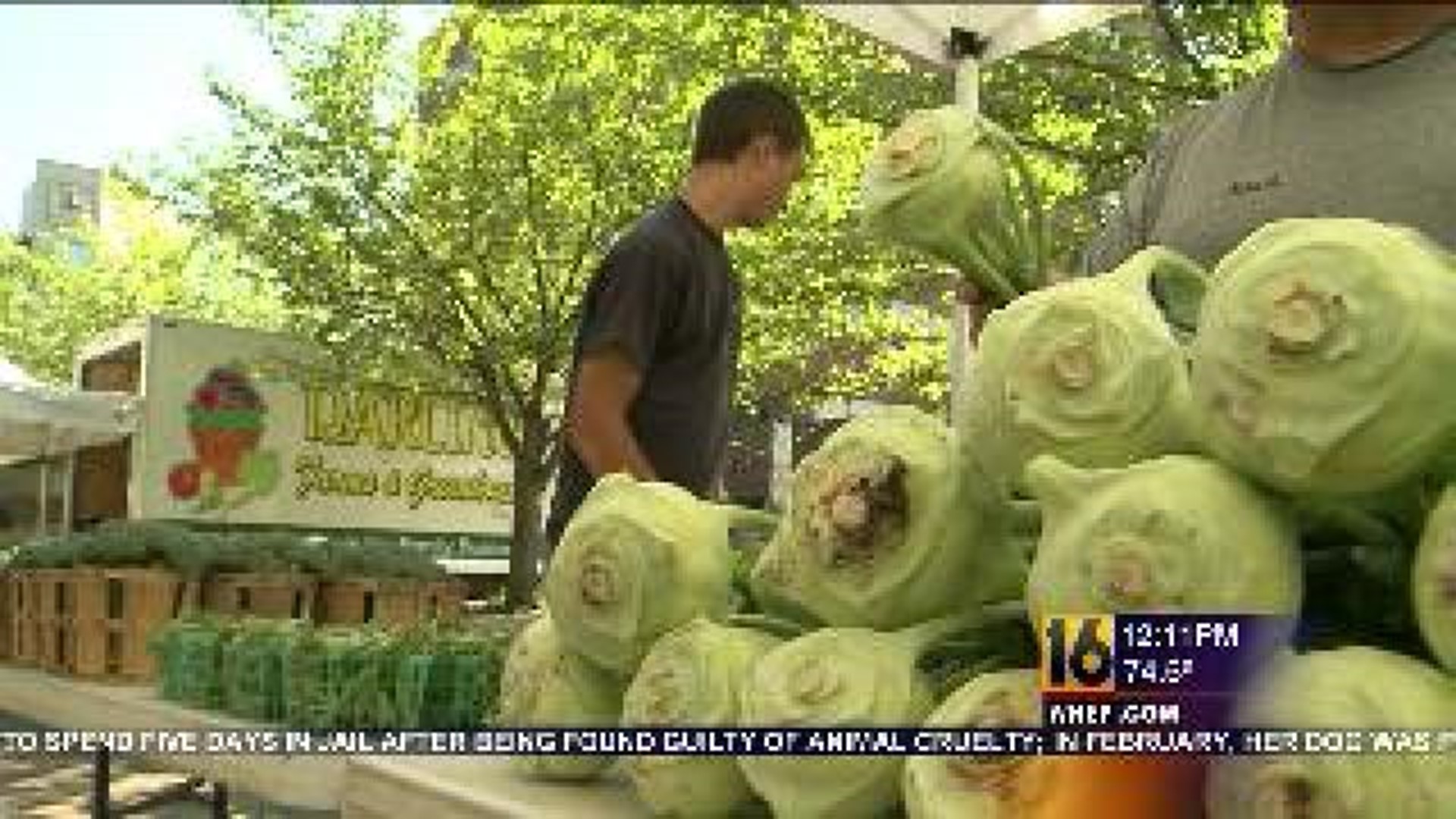 The farmers market kicked off its 40th anniversary season Thursday.

Earlier in the morning, we found those setting up shop are excited over the start of a new season.

Fresh greens, fresh bread, and a new farmers market is ready for its 40th season. Vendors and farmers were busy preparing for business all morning.

Rick Franciosa has been selling fresh quail eggs and other meats at the farmers market for the past three years and is excited for the 40th year.

"It just seems to get a little better every year as people become more aware of what we do and what we have."

"It's nice, it's good business, you know?  They bring the people here, the farmers come.  It's very good," said Peter Webby

Webby of Slocum Township says over the past decade he's enjoyed his time selling funnel cakes and other fried food on the square and says the key to a good season is in the sky.

"Good weather, it's always good to have good weather, you know?  The weather either helps us or hurts us."

The farmers market will now be set up every Thursday from now until November, and that's something many people who live and work near Wilkes-Barre's public square say they're excited about.

"I make sure that I'm down here every Thursday during the lunch hour whether it's raining or whether it's sunny out. It's nice to get down here," said Joe Thomas of Kingston.

Thomas works on the square and says the entertainment, vendors, and summer fun is something he never wants to miss.

But his favorite thing to buy is "the produce. I always buy my girlfriend something from the jewelry stand. I buy flowers here, too. And I do like to just walk around and get some sun around the lunch hour."

You can check out the farmers market every Thursday from 10 a.m. until 4 p.m. through November.

For a full list of entertainment and events that will be here on the square throughout the next several months, click here.