More than $300,000 in grant money and donations is bringing a new sport to Luzerne County. 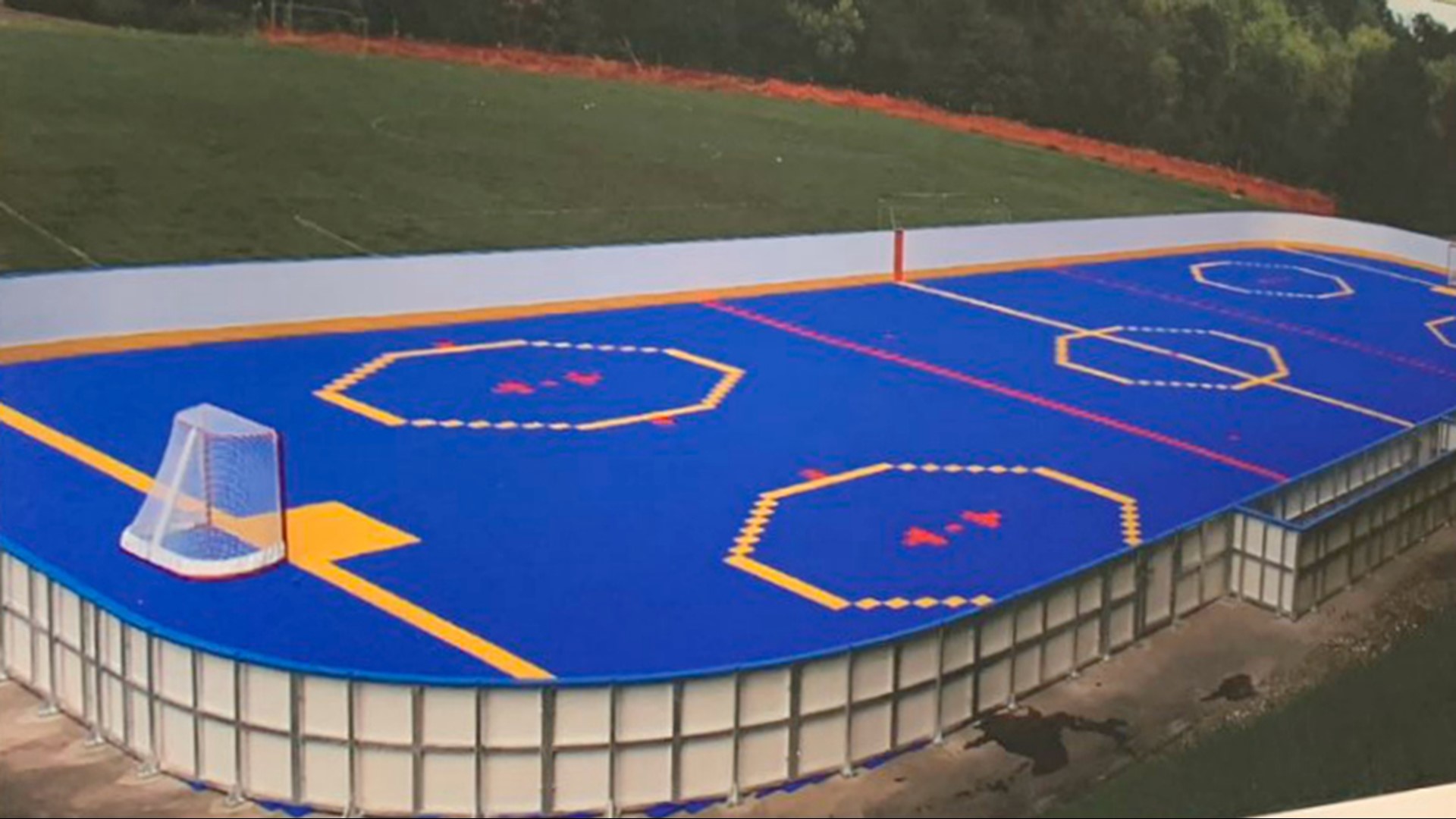 WILKES-BARRE, Pa. — The Toyota Sportsplex on Coal Street is getting a community event space and a street hockey rink that could lead to a lot more activity in Wilkes-Barre.

As the Wilkes-Barre/Scranton Penguins took to the ice for practice at the Toyota Sportsplex in Wilkes-Barre, Luzerne County officials announced that the ice rink won't be the only rink at the site for much longer.

Soon, a Dek Hockey rink and community event space will be added.

The addition is made possible by a $250,000 state grant, plus donations from Highmark and the Pittsburgh Penguins Foundation.

The foundation's Project Power Play has built 15 of these rinks throughout western Pennsylvania this will be its first on the eastern part of the state.

"We're trying to get kids off that couch and get active and get healthy in a safe environment and I think this Dek Hockey rink will provide that," Barrett said.

The addition will be added behind the sports complex and will be a 12-month facility for community activities.

"Getting not only our youngsters but people of all ages, getting them out, getting them active. We have great amenities here. The Coal Street Park is beautiful," said State Senator John Yudichak, (I) 14th District.

"It's going to give us 40,000 square-feet of space to potentially hold all kinds of festivals and events so for us. It's huge. It's a big win for Luzerne County," said Theodore Wampole, Luzerne County Visitors Bureau.

The building permit for the addition is currently in the works. They hope to have the Dek Hockey rink up and running by the end of August.