The Mayor of Wilkes-Barre has followed many cities in our area and declared a state of emergency. 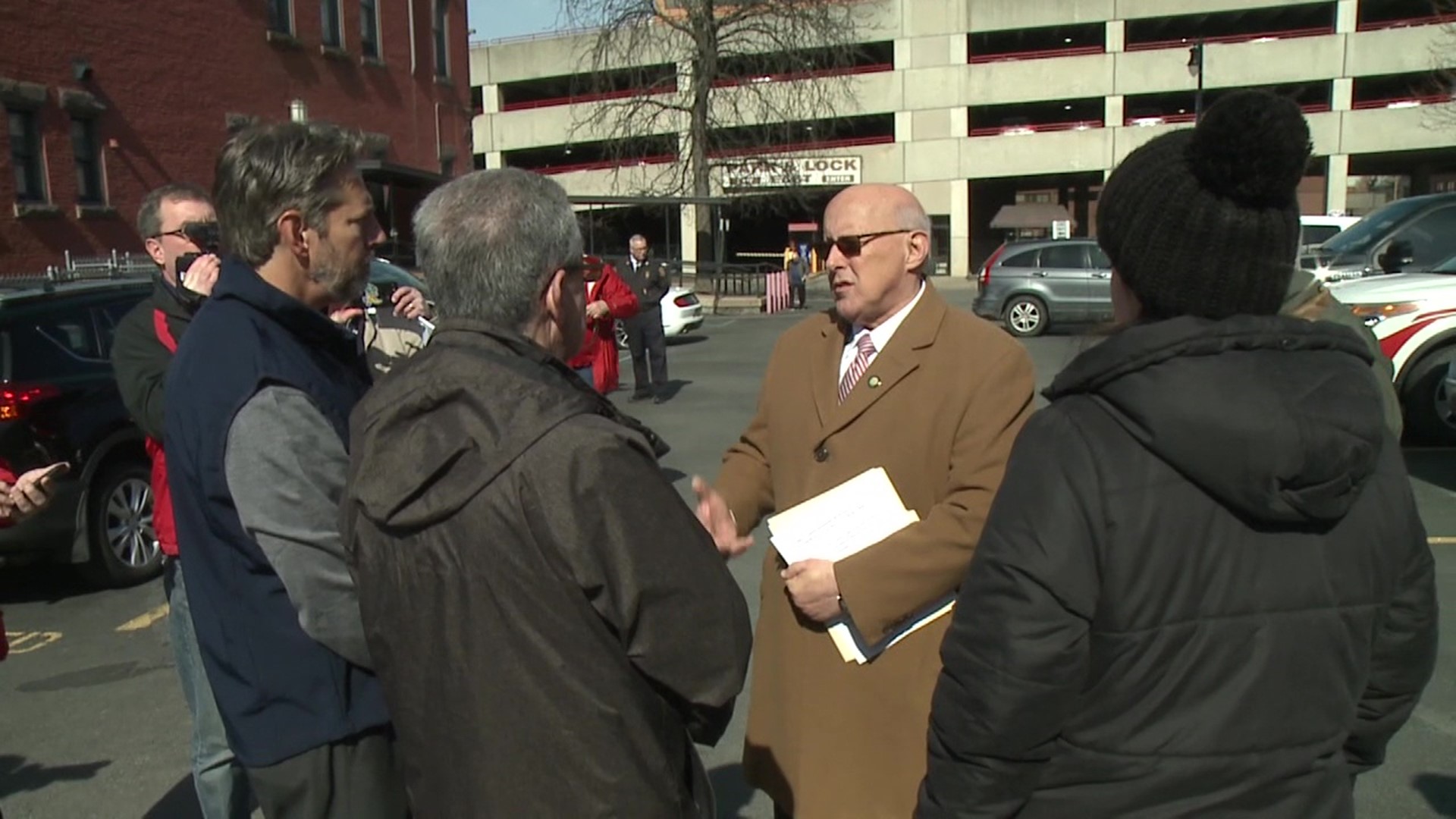 WILKES-BARRE, Pa. — The Mayor of Wilkes-Barre has joined the long list of cities in our area and has officially declared a state of emergency.

As part of the declaration, Brown has restricted the public from accessing any city government buildings as well as city parks. That means no organized activity, such as a planned event, can happen at parks in the city of Wilkes-Barre.

At this time, there is only one known case of coronavirus in Luzerne County, but the mayor says this emergency declaration will allow Wilkes-Barre to better respond if this should get more serious.

Mayor Brown tells Newswatch 16, "That opens up a revenue source for us that we can be compensated for..what we expend to address the needs of the residents as we go through this COVID situation.. so that's one of the things it is. It also puts a heightened alert out there, the fact that City Hall is an example. We are limiting people coming into City Hall, and we're able to do that, and I could make sure that the people that work in City Hall are gonna be safe and not exposed hopefully to this virus."

Also at the news conference, first responders urged people at home to use discretion before calling 911. They ask that you only call 911 if you are experiencing a medical emergency. If you feel like you are developing cold symptoms, you are asked to call your physician.

Detailed information on Wilkes-Barre's declaration is posted on the city website.