MOUNTAIN TOP, Pa. — If you have driven up or down Route 309 in Mountain Top, you may have spotted this little lady. A goat that members of the Luzerne Cou... 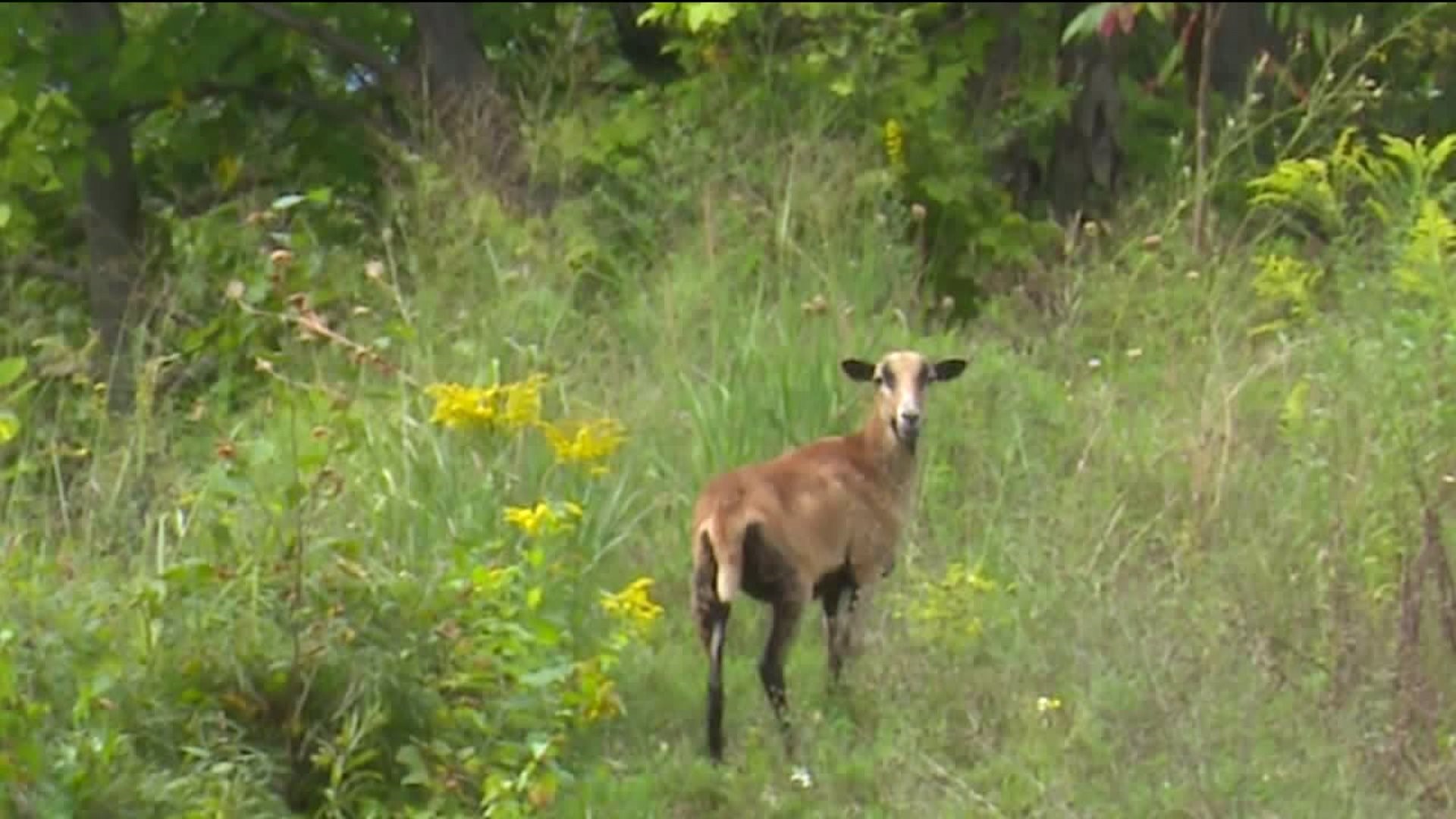 MOUNTAIN TOP, Pa. -- If you have driven up or down Route 309 in Mountain Top, you may have spotted this little lady.

A goat that members of the Luzerne County Animal Response Team say they had been trying to capture most of the day Friday.

According to Facebook posts, the goat has been on the loose for at least a week seen near the Alberden Inn on August 31st and again Friday, about eight miles away on Route 309.

P&D Pet Supply is just down the road on Route 309 from where the goat is loose and they actually sold a bag of feed in hopes of catching that goat.

"She basically wanted to come in and asked for a feed that would lure this goat to her, because I guess the goat was in the middle of the two lanes on 309, it was really busy. So she was looking for a feed and we suggested one with molasses in it because it's a sweet feed and it's enticing for them," said Laura Breakstone.

Owner Adam Levine said he was surprised when his employees told him about the goat.

"It's not unheard of, but a little bit surprising right up here in the city, goats get loose all the time, but they're usually on farms," said Levine.

Despite the rural area surrounding Mountain Top, a goat on the loose is still not something you see every day.

"There are a lot of farms around here, but definitely not running around 309," said Breakstone.

The Luzerne County Animal Response Team says the goat was a pet, and workers believe they know who the owner is.

So far all attempts to catch the goat have been unsuccessful.