WILKES-BARRE TOWNSHIP, Pa. — A video posted on Facebook shows a skunk and an opossum fighting in broad daylight in a neighborhood in Wilkes-Barre Township... 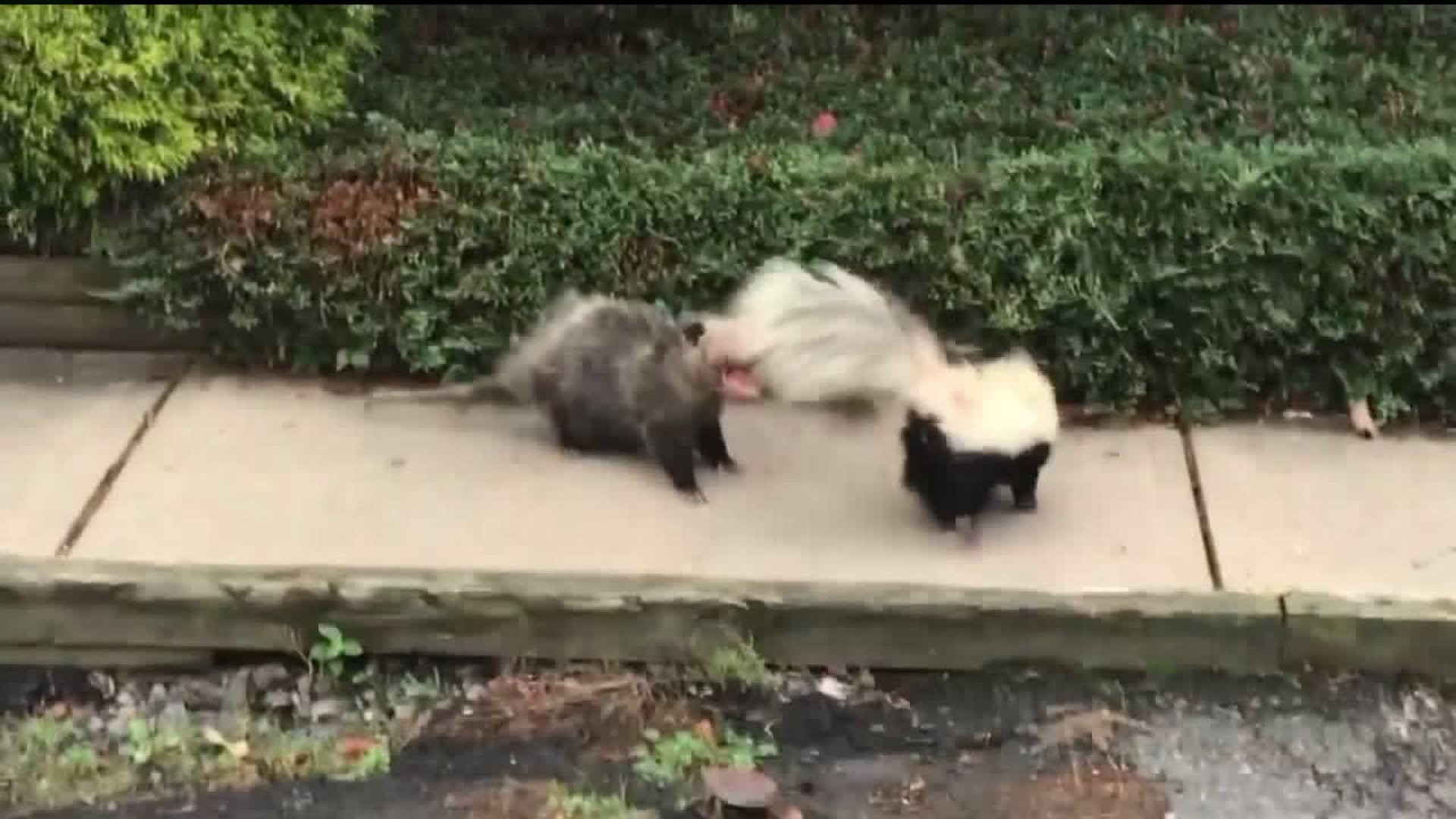 WILKES-BARRE TOWNSHIP, Pa. -- A video posted on Facebook shows a skunk and an opossum fighting in broad daylight in a neighborhood in Wilkes-Barre Township. It's an urban area and the fight has some people who live there concerned about the wellbeing of their pets.

"It's a little nerve-wracking, you know? It's a little crazy to see that. I was shocked," said Nicole Stefansy who lives on South Walnut Street and worries about her little dog Sam.

After taking a look at the video, Pennsylvania Game Commission officers say they don’t believe there's any cause for concern regarding these two animals.

"The opossum and the skunk, they both appear very healthy. Some people question whether or not they have rabies because they're out during the day, but it's obvious that they're both in very good health," said Game Warden Michael Beahm.

The Game Commission says seeing something like this is pretty rare, but not unheard of.

"Obviously, interaction between different species of wildlife is really kind of uncommon in Pennsylvania. Seeing that it's in an urban area next to some buildings and stuff like that tends me to believe that they're fighting over some sort of a food source or the two of them got into a place of refuge and didn't appreciate their company," Beahm said.

The Game Commission says if you see a fight between wildlife, it's OK to record video from a safe distance, but do not attempt to break it up. You can call the Game Commission if you think it's getting out of hand.