Who would steal two 100-pound lions?

That's the question many in Hanover Township are asking after porch decorations were stolen. 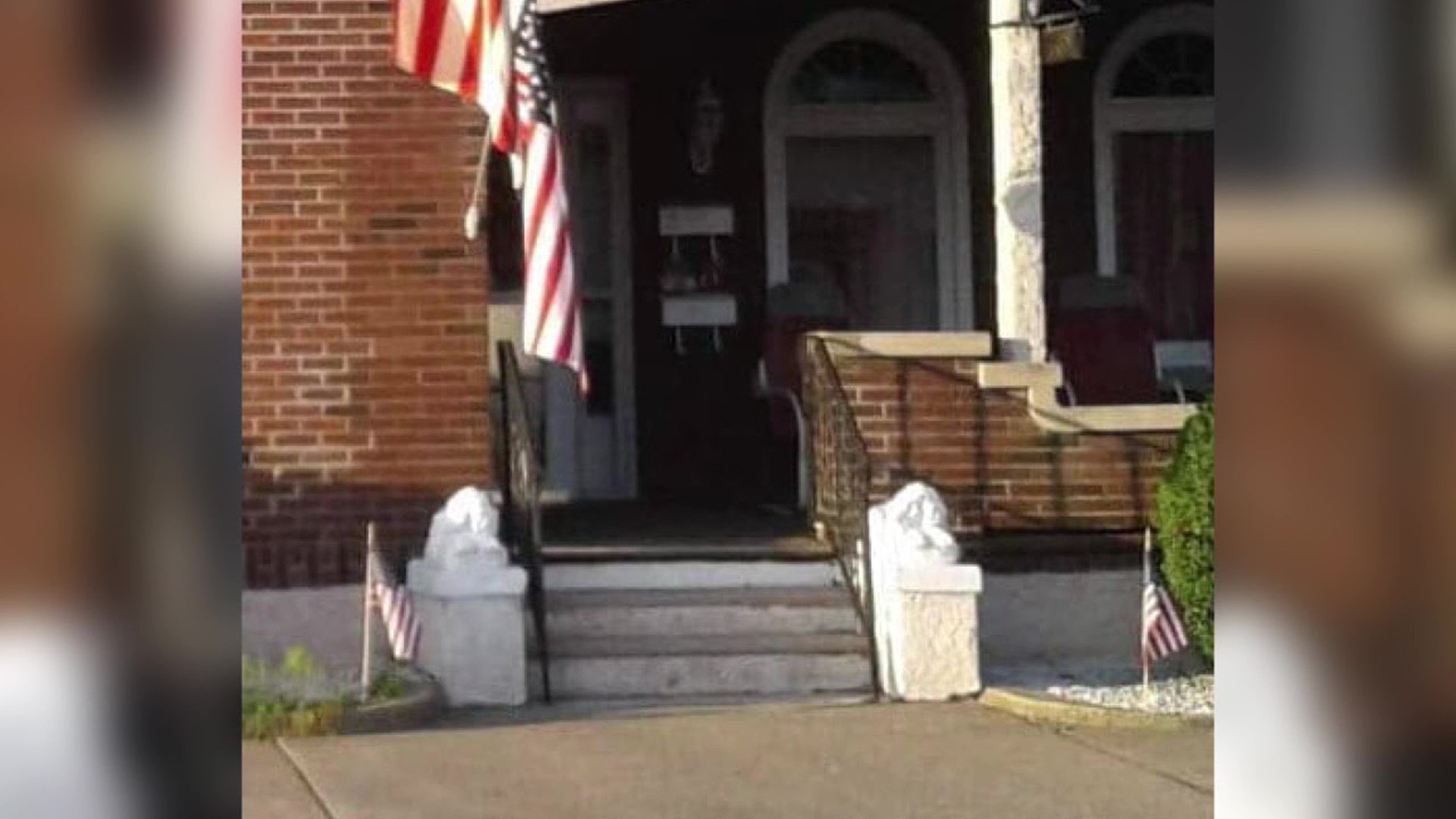 The 100-pound lions that graced her front porch in Hanover Township, and were a symbol of her family restaurant since 1986, were missing.

"I just can't imagine what anybody can do with them. I mean, It's not like ya stole a purse you can throw in the garbage. What do you do with 200 pounds of lions?" she asked.

Constance says, much like her restaurant that she closed in 2003, the lions were a symbol of this part of the Township.

"When the kids will come by when they're in their strollers, they will stop, and they pet the lions and give them kisses, and they just were part of the building. It's sad. I mean, what could anybody want with them," she said.

Constance described this as an unfortunate sign of the times.

"You know, when we first opened up one night, I went to bed without locking the bar. Nobody bothered anything. Nobody came in; nobody stole anything. Now you got alarms, and you're barricaded in like like you're the criminal in jail," she added.

Even though Constance has several cameras around her home and a security system, the theft wasn't caught on her camera.

The family is hoping the question of who took the lions can be answered by cameras across the street.

The family is offering a $500 reward to the person that helps with the arrest and conviction of those involved or to the person who brings the lions back undamaged.

If you have any information, you are asked to contact police in Hanover Township at 570-825-1254.