A Valentine's Day fundraiser in Luzerne County can make your loved one happy and help you give back to a community at the same time. 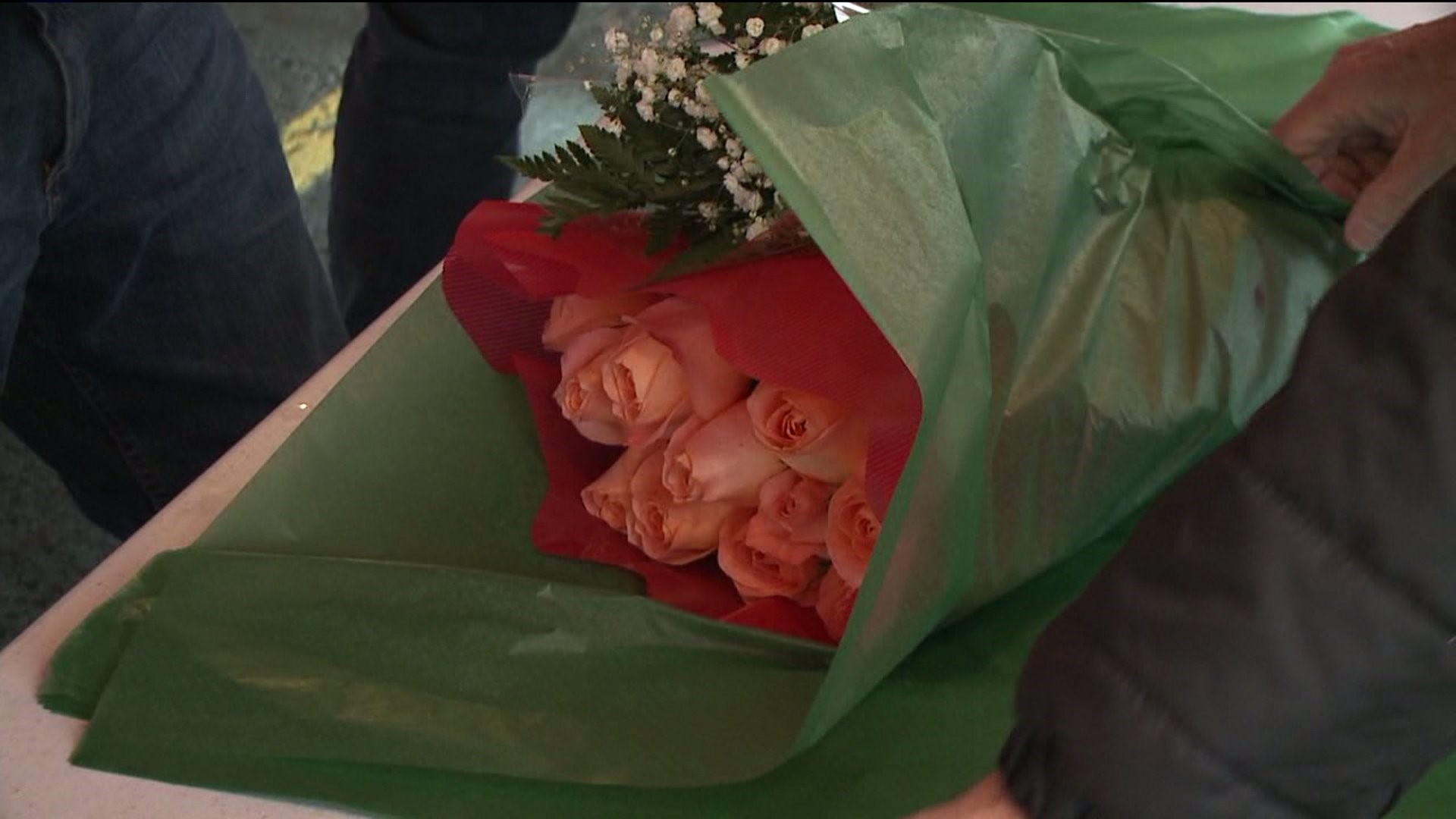 Volunteer firefighters in West Pittston are hard at work on Wyoming Avenue in the parking lot of Driscoll's Home Center, but they're aren't there for an emergency. They are there for love.

This is our annual rose sale for Valentine's Day. Obviously, it's probably one of our biggest fundraisers throughout the year. We've been doing it, I believe 13 years now," said West Pittston firefighter Peter Nemshick.

Volunteer firefighters tell Newswatch 16 they have been holding this fundraiser for more than a decade, and each year it brings the department between $5,000 and $7,000.

"The cost of equipment and everything goes up exponentially pretty much every year, and the funding really isn't available to us, so we put on these fundraisers to help subsidize our annual costs and operation costs, and it's a good thing for the community," Nemshick said.

Chuck Dente of West Pittston is a volunteer firefighter in the area and knows the financial challenges they face so he won't get his Valentine's Day flowers anywhere else.

"Funds aren't out there for us, you know? They just don't seem to put enough out there which really belongs, you know? But they'll be alright. These guys do a good job," Dente said.

Firefighters working the tent say they usually sell out, so it's best to come for your roses or flowers sooner rather than later. They are open from 7 a.m. to 7 p.m. on Valentine's Day in West Pittston.