Was Passenger from Luzerne County Taken off Flight Due to Disability?

EXETER — A business executive in Luzerne County claims he was removed from an American Airlines flight because of his disability. He’s speaking out,... 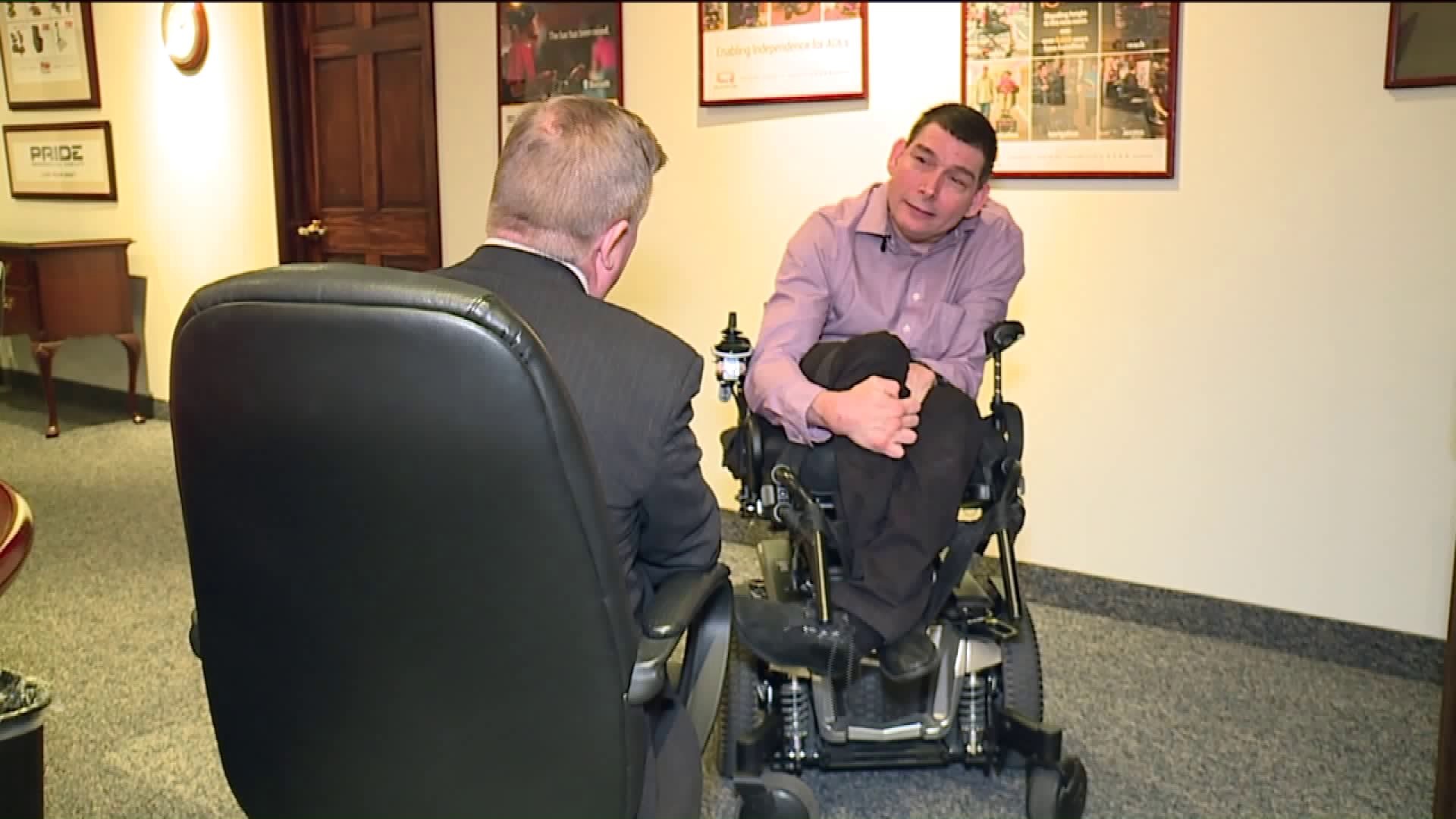 EXETER -- A business executive in Luzerne County claims he was removed from an American Airlines flight because of his disability.

He's speaking out, claiming the experience humiliated him in front of other passengers.

Just after he boarded a flight from Los Angeles to Philadelphia Monday night, he claims he was ordered off the flight and was never told why.

"How is it in 2017, that an airline can eject somebody from a flight, solely based on disability?" Smith asked.

Smith estimates he's flown dozens of times on business for Pride Mobility, a motorized wheelchair company in Exeter, without problems.

This weekend he was at a conference for those with disabilities in Los Angeles and was set to fly to Philadelphia Monday night.

Because of his disability, he says he was helped to his window seat while his wheelchair was stowed with passenger luggage.

But after other passengers boarded, Smith says a group of flight attendants and ground crew members told the two women sitting next to him to move.

"It was at that point, I realized something was happening to me," Smith said.

Smith says the group told him he was being removed from the plane.

"Is it regarding my wheelchair?" Smith asked. "Specifically, the answer was no. The pilot per manifest was requesting, or requiring I be taken off the flight."

Smith says one flight attendant tried to stop his removal but backed off when he says she was threatened with her job.

He says he was strapped to a seat with wheels taken off the plane, and given back his wheelchair before the flight left without him.

Smith claims American Airlines never told him why was taken off the flight but American booked him a later flight Monday night.

"What I would like to hear from American Airlines is simply an acknowledgment, simply the recognition of me as a person," he said.

"We apologize to Mr. Smith for his recent experience and have reached out to him to gather additional information. American does not tolerate discrimination of any kind and we are committed to providing a positive travel experience for all of our customers. Mr. Smith was re-accommodated on the next flight to Philadelphia."

Smith filed a formal complaint with the airline Thursday morning. He says he would like an apology, but hopes this incident prompts American Airlines to work harder to deal with passengers with disabilities and honor their rights.