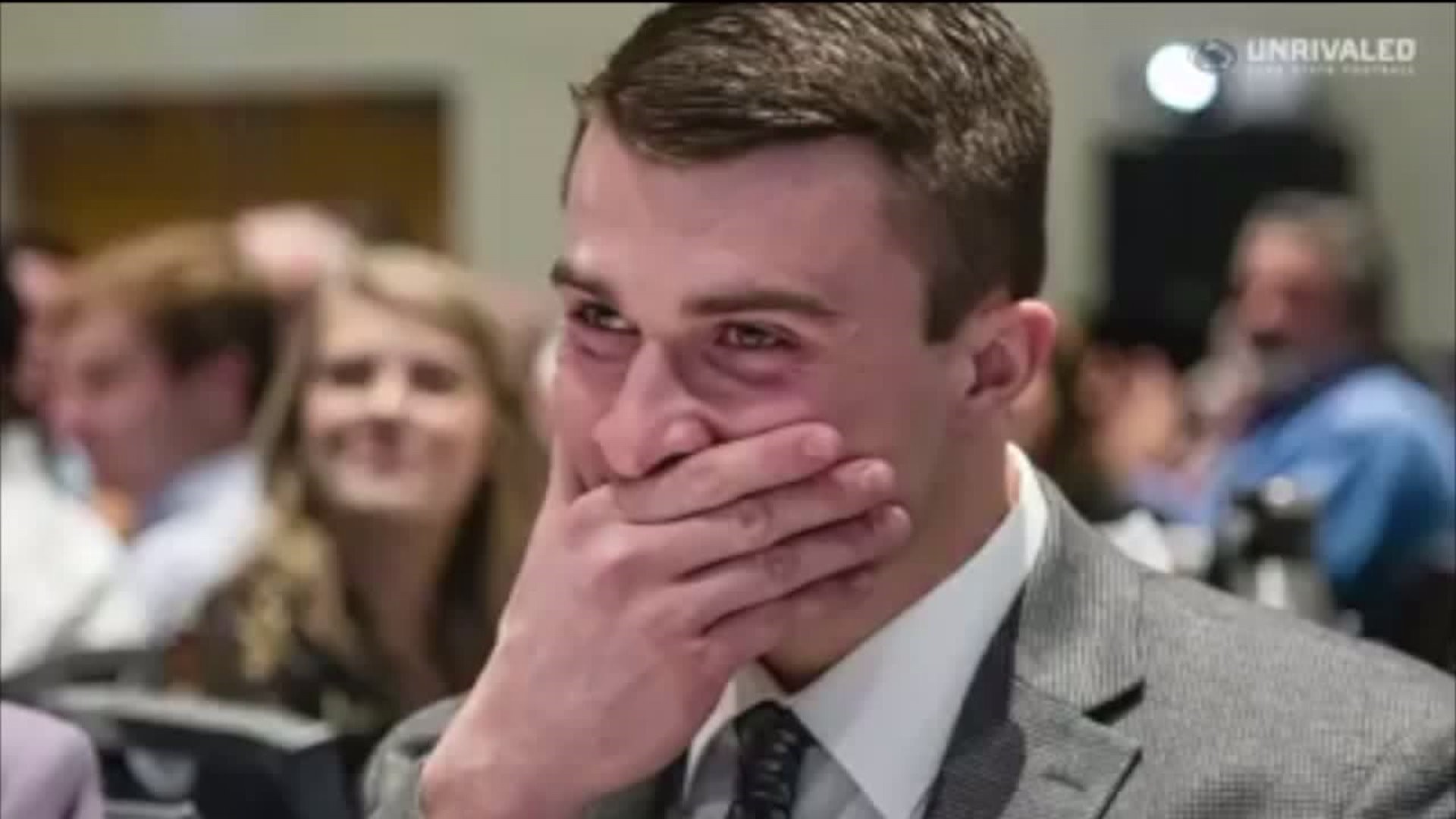 Coming out of Lake-Lehman High School, Nick Eury had options to play college football at a few small schools, but his dream was always to play on the big stage in Happy Valley.

Eury defied the odds and accomplished that as a walk-on, so that made the surprise of being given a scholarship even sweeter.

"It's all you can hope for, so proud. That's all," said Nick's mother Donna Eury.

That's how Eury's family felt after the Lake-Lehman graduate and walk-on running back was awarded a scholarship by Penn State head football coach James Franklin. The surprise announcement came at the team's annual banquet.

"He's a great example that if you keep working hard, good things will happen." @n_eury817 has given his all to this program since day 1 & at the 2019 banquet, we had the opportunity to celebrate him!#WeAre pic.twitter.com/gKWf1du1g0

"It was the end of the program, just about. Then Franklin gets up on the podium and says, 'I saved the best for last.' All Nick. Nick Eury. He went into all the hard work he's put in and how he was one of the hardest-working players on the team," Nick's father Dave Eury recalled.

"He's been grinding for this program for a long time, a long time. It's tonight that I want you guys to know that Nick Eury is going to be put on full scholarship," said Franklin during the announcement at the banquet.

Over the past four years, Eury went from being on the scout team to getting game action, including this eight-yard touchdown run in week one against Idaho.

"For him to receive this scholarship and the recognition for the several awards he's received was just phenomenal for me because he reached what he wanted to, and you watch a child reach their goal," Donna added.

The scholarship covers the 2019-2020 school year. Nick technically has one more year of athletic eligibility left but isn't sure if he'll return for one more season. For now, he'll join his teammates in Texas for the Cotton Bowl against Memphis on Saturday.