When it comes time for folks to vote in Luzerne County, they'll have some options as to how they'll cast their ballot. 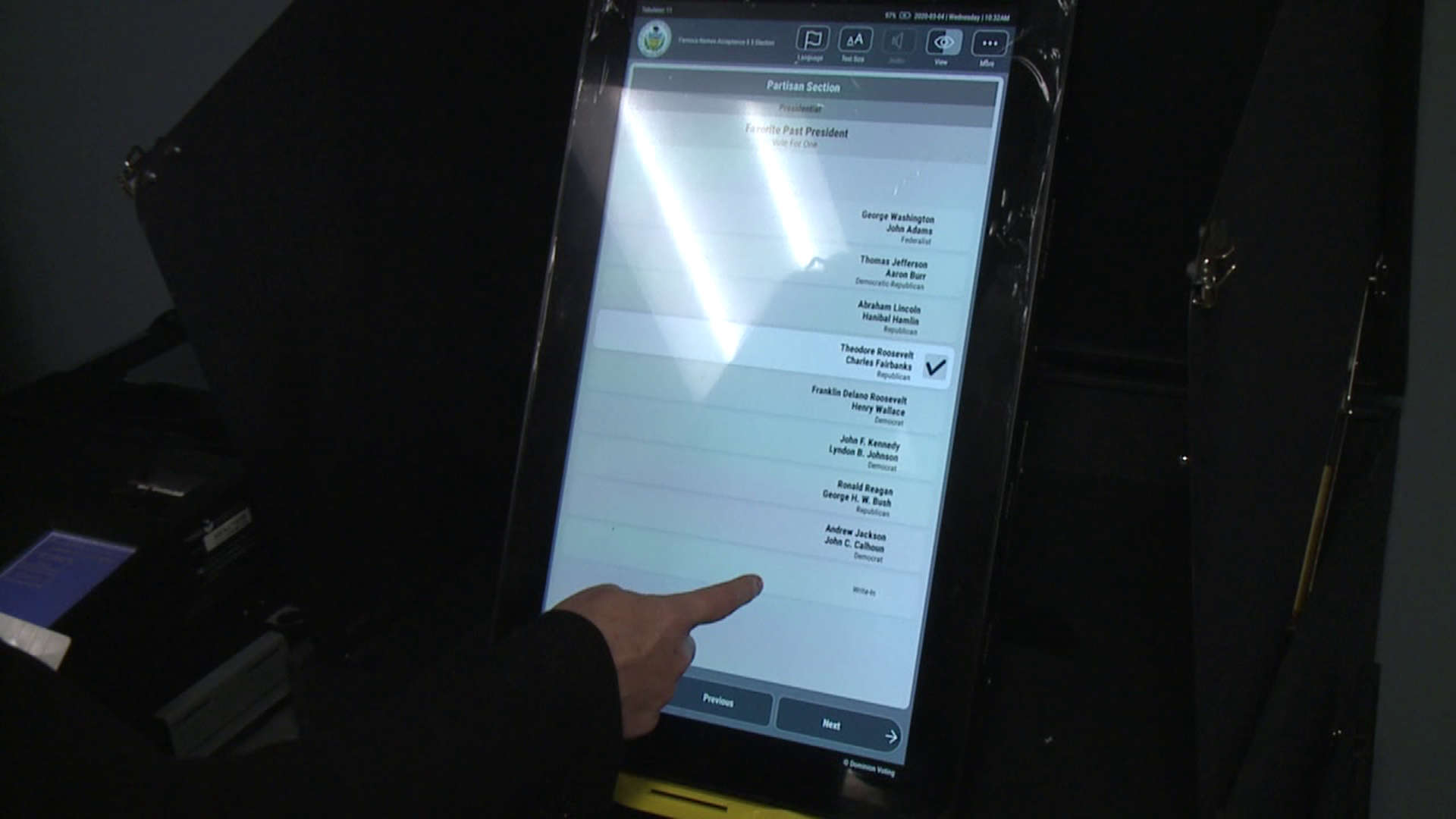 WILKES-BARRE, Pa. — For the last presidential election, many polling places in Luzerne County saw long lines out the door.

Election officials in Luzerne County think voters can expect to see long lines again in 2020, but voters will see some changes.

"The process of voting and the touchscreen is very similar to what Luzerne County voters are used to in the past and checking in is the same as it was in the past, so the only thing that is new is the scanner," explained Luzerne County director of elections Shelby Watchilla.

Once a voter selects its candidates on the touchscreen machine, or ballot-marking device, the ballot is printed, then the voter needs to place it into the scanner.

"The scanner was required as part of the new Act 77 that was signed by Governor Wolf. It's a paper trail back up," said Watchilla. "It's just another form we have in case there was a recount that we could go back so we can scan through these ballots."

If you would like to skip the lines and the new two-step voting process, then you have another option. You can apply to send in your vote through the mail. These applications can be picked in person at the elections office or printed online.

"In the past, there was the absentee ballot which was if you were ill or if you were going to be away. Now, we don't need a reason for you to vote by mail, or you drop it off at our office up till 8 p.m. on Election Day."

Election officials tell Newswatch 16 that they know voters are worried about security and voter fraud, but they say security measures are in place.

None of the machines will be connected to the internet, and the mail-in ballot application process makes sure someone cannot vote in person and also by mail.

The primary election will be held on April 28.

RELATED: PA residents can cast their ballots from home