LUZERNE COUNTY, Pa. — Some voters in our area will be taking in the large-stage two-night Democratic presidential debate. Overwhelmed — that is what... 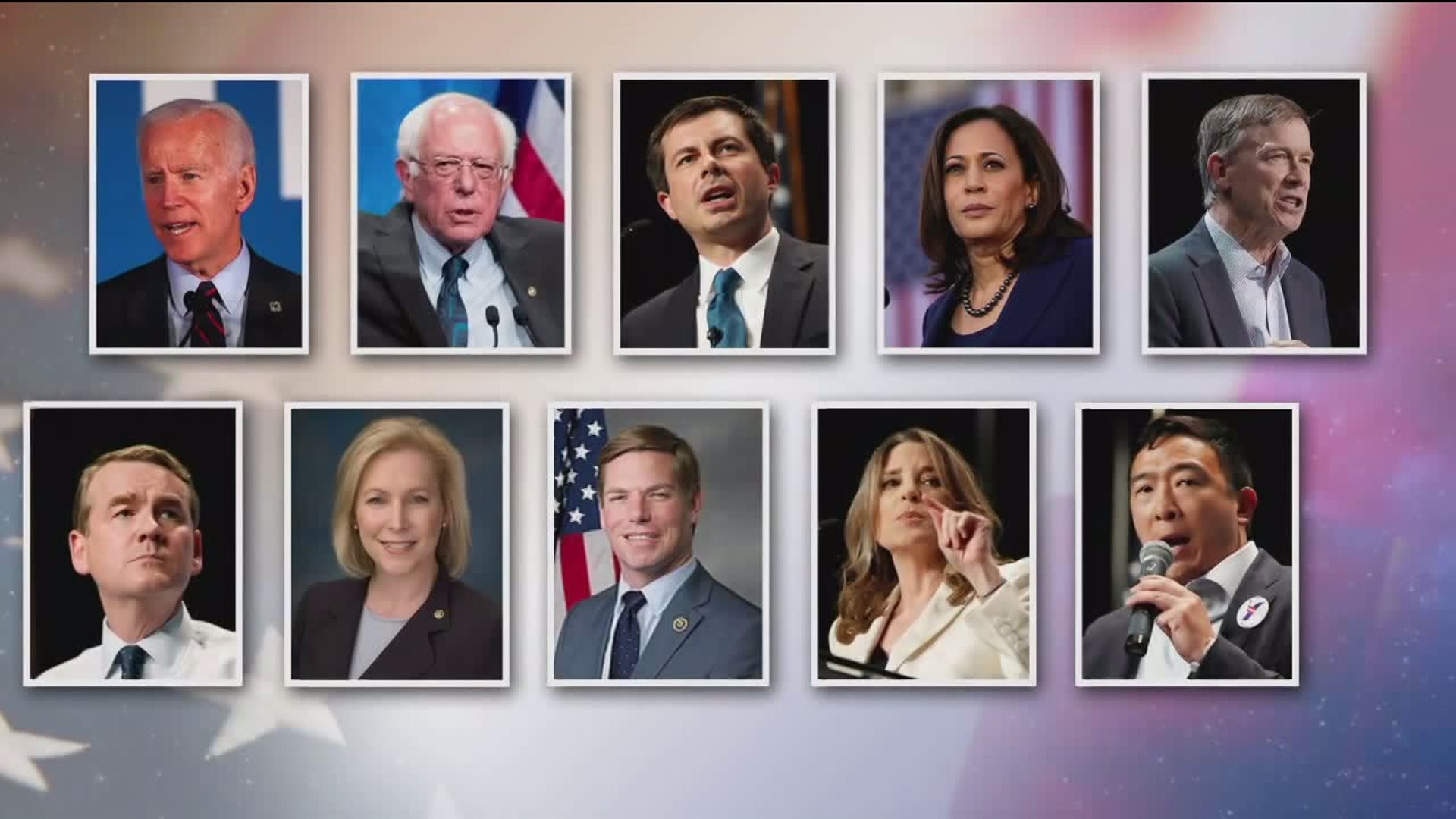 LUZERNE COUNTY, Pa. -- Some voters in our area will be taking in the large-stage two-night Democratic presidential debate.

Overwhelmed -- that is what at least one person said, describing the number of candidates taking the stage during the two nights of debates. Voters Newswatch 16 spoke with plan to listen to issues to help them make their decisions.

Newswatch 16 asked a simple question. Can you name all 20 Democratic presidential hopefuls?

Barry Coley plans to watch the debate to learn more about the 20 people who are eyeing the White House.

"We are at a time in this world where it is very important that we get out and vote and pay attention to who we are voting for," Coley said.

A mayor from Indiana, one representative from Hawaii, an author, and more will take the debate stage on CNN.

"It is a little overwhelming for two hour or so clip to get their opinion and see what they really represent and what they care about and what they plan on doing," Adam Bender said.

"We have a lot of new people coming in and we have a few women that are in the ballot, so we have to pay attention to what is really going on. So pay attention and do your homework on the candidates and just find out what they are about," Coley advised.

20 people will state their case to become the next President of the United States over the next two days of the debate. Those we spoke to are looking forward to hearing about the issues

The agricultural issues, our farmers, as well as veterans, the environment, as well as the elderly," Bender said. "We just need politicians who are coming in on either side that are really going to pay attention to what is going in Pennsylvania."

Those Newswatch 16 spoke with expect that number to dwindle down closer to the election.

The first night of the debate is scheduled to kick off Tuesday at 8 p.m. on CNN.