Over the last three weeks, the two presidential campaigns have aired more than 3,800 TV ads on broadcast TV stations, including WNEP. 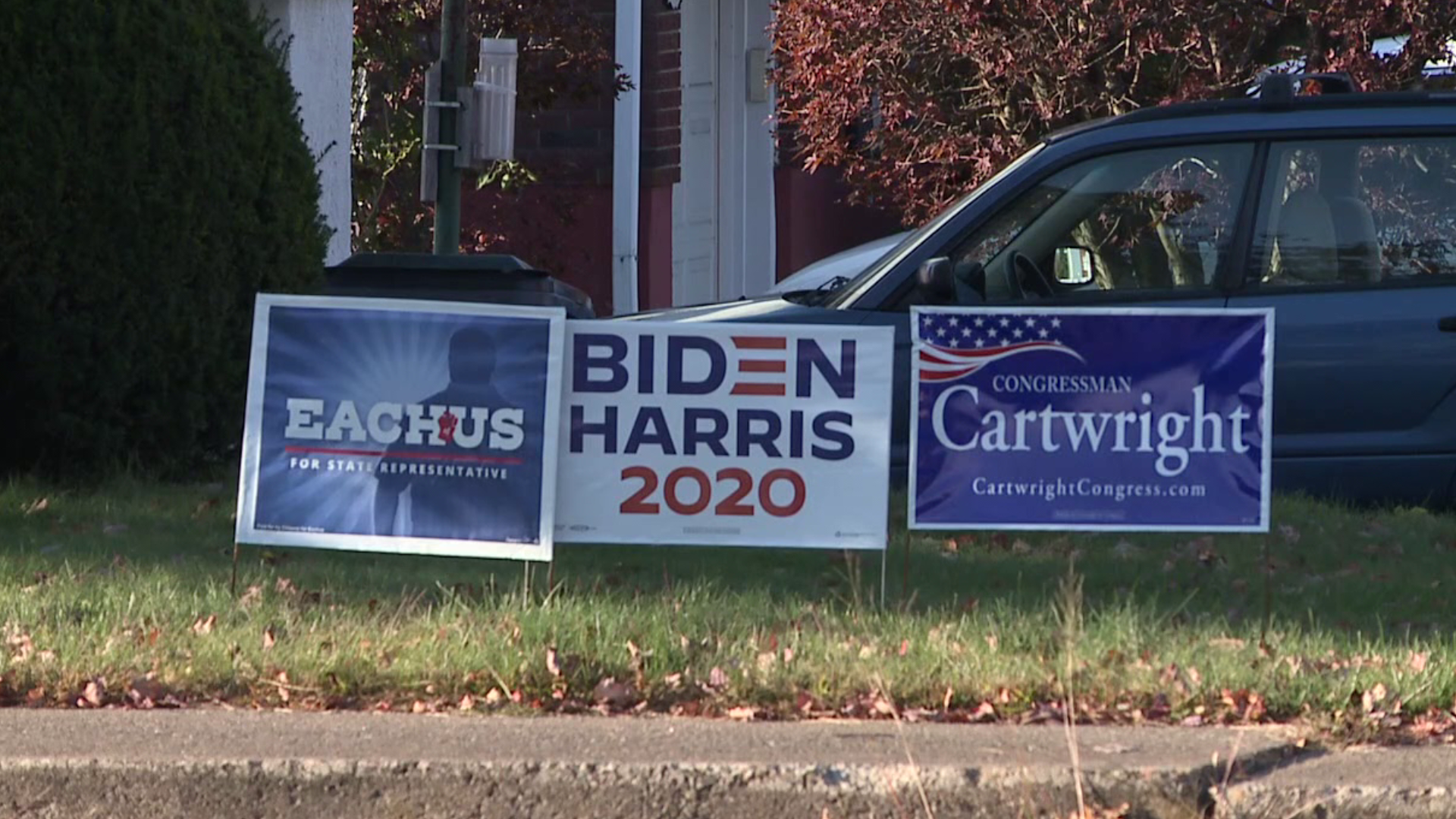 HAZLETON, Pa. — Nineteen days until the election and the torrent of presidential campaign advertisements shows no signs of letting up.

Over the last three weeks, the two presidential campaigns have aired more than 3,800 TV ads on broadcast TV stations, including WNEP.

They have spent more than $2.6 million.

Voters we spoke to in Luzerne County said the campaign ads on tv, phone calls, texts, and e-mails seem to be relentless.

Drive around Hazleton, and you'll see campaign signs wherever you look.

Trump and Biden flags fly on different sides of the street. Aleida Aquino shows her support for Biden on her front lawn.

"I just want everyone to go out and vote make your voices heard people died and got mistreated to get our rights out there," Aquino said.

However, other people are tired of all the TV ads and constant contact from presidential campaigns.

"I'm a little exhausted. It's getting to a little too much at this point, but I'm ready to vote. Election Day is coming around the corner, and I'm ready to vote and get it over with," Mary Ellen Rudenko of Hazelton said.

Voters who spoke to Newswatch 16 in Hazleton said they're getting at least two phone calls a day asking about the election, on top of other text messages, e-mails, and letters.

"I work during the day, so when I come home, it's definitely two times a night, I would say. It's getting a little too much, so that's why I want it over, and I'd like a winner on election night," Rudenko said.

Even though the ads, texts, and e-mails can be a bother, Joseph Zarowsky said this is a confusing time, and people need to know how to vote.

"It's important because with the virus there's a lot of people that shouldn't be out at the polls on November 3rd and it's now an option to mail in their ballot," Zarowsky said.

The deadline to register to vote in the Commonwealth is four days away - October 19th.