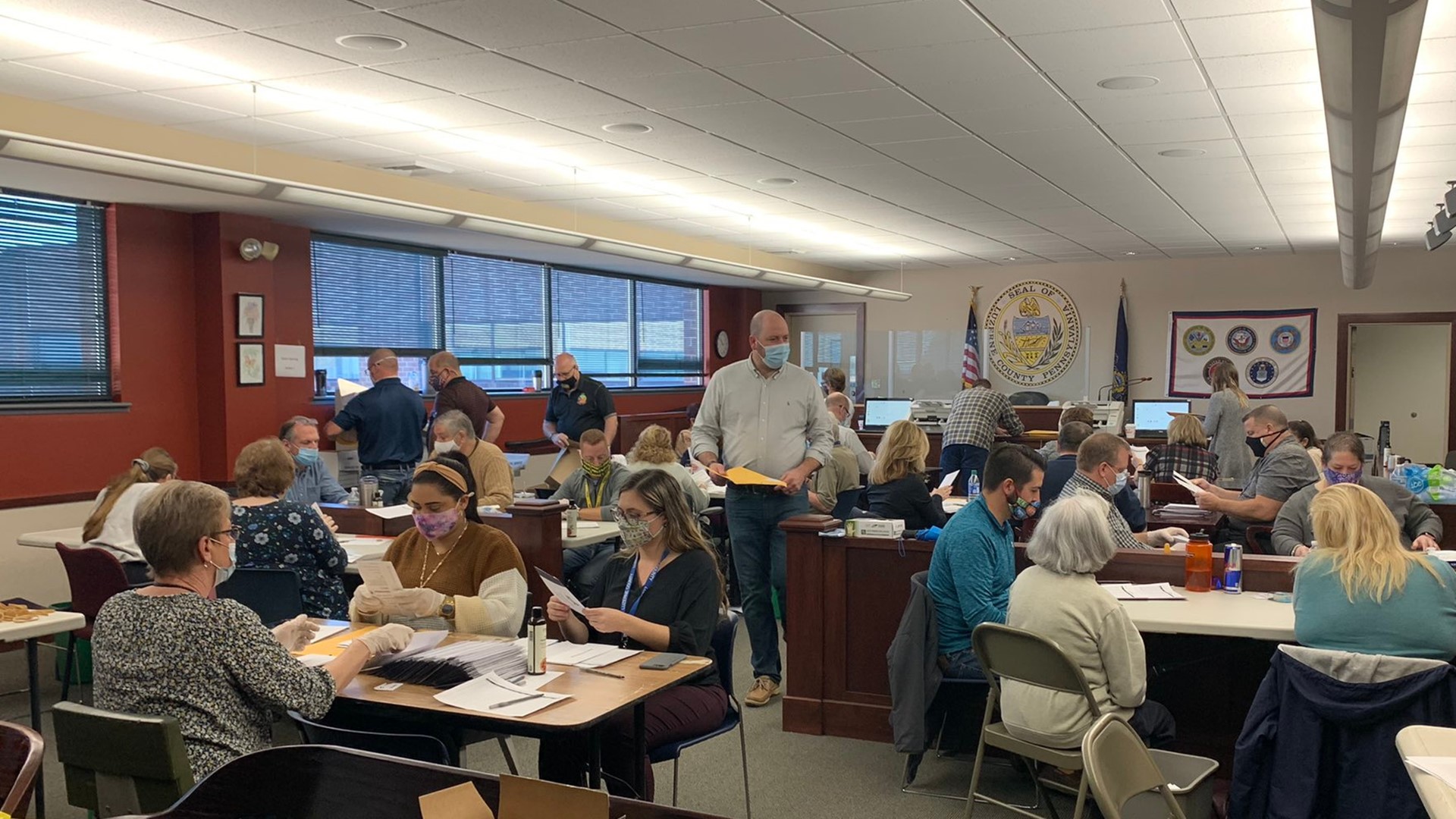 As of Tuesday night, Pres. Donald Trump was leading in Luzerne County by about 30,000 votes, but there were still 31,000 mail-in ballots yet to be counted, and that is what is being counted right now.

Officials brought in 12 more workers on Wednesday to move the process along faster.

They have counted a little more than 50,000 mail-in ballots. At the end of Tuesday night, Pres. Donald Trump had about a 30,000-vote lead over his opponent Joe Biden, and while the remaining mail-in ballots have been counted, that margin has stayed pretty close with Trump up about 25,000 votes in the county.

A final count in Luzerne County is expected sometime Wednesday night or Thursday.

We spoke with one of the county workers who have been in the center of a lot of attention, and he told us what's going through his mind as he's opening these envelopes in the national spotlight.

"We've processed so many ballots. We processed 26,000 ballots last night. That was amazing compared to what we processed, you know, back in May, and people want to get this done, and it shows who Luzerne County is and, after all, this is who we are," said county employee Theodore Wampole.

#LuzerneCounty #Pennsylvania has added 12 more staff members to count the remaining ~34,000 mail-in ballots. Officials want to have them completed tonight. Air purifiers have been added to this room for safety reasons. Many reporters from national news outlets are here too @WNEP pic.twitter.com/Nxv0GyUs1u

For safety reasons, there have been some additions of some air purifiers because of the close quarters.