Nearly a dozen volunteers to clean up the mess others left behind. 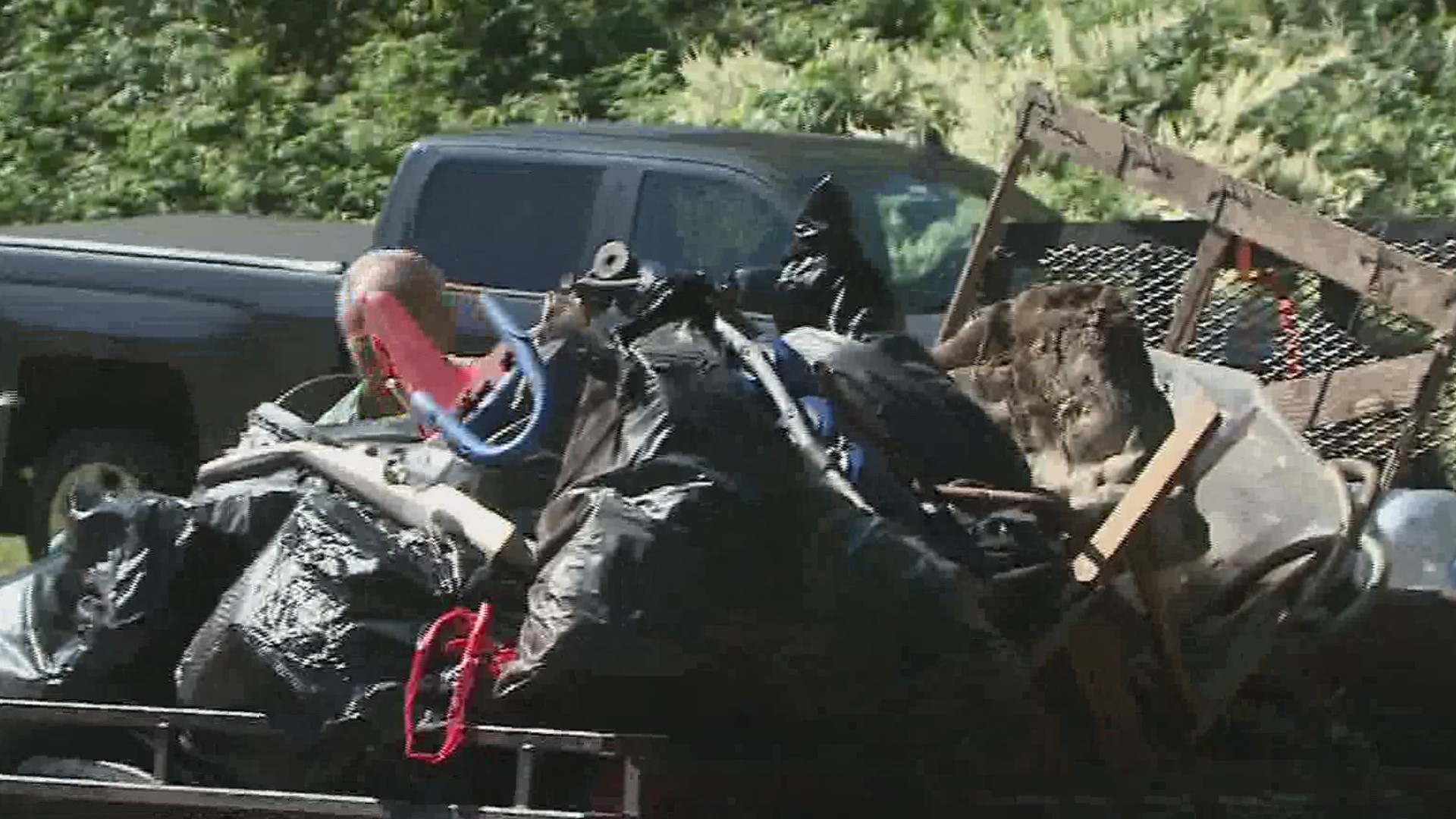 But, instead of cutting grass and weed whacking to uncover gravesites, the groups cleaned up illegal trash dumped by others.

It took nearly a dozen volunteers to clean up the mess others left behind.

"It's discouraging to think that people would drive over tops of veterans graves and dump tires and mattresses, but it encouraging because the veterans, I mean the citizens have come out today. There are great people in Wilkes-barre," said Greg Griffin, A New Roots Recovery Volunteer.

The illegal dumping site behind the Cemetery was discovered a week ago when volunteers were cleaning up and uncovering gravesites, many of which are veterans.

Volunteers tell Newswatch 16 they believe people are dumping their garbage over this cliff.

For volunteer, Joan Cavanaugh, who takes photos for an ancestry website, she says she's thankful for the cleanup effort.

"I'm so grateful for the citizens, citizens blight committee for all these volunteers for what they're doing, cleaning out the trash, cutting the weeds,  there were high weeds back here so they did a real good job," said Joan Cananaugh, a Volunteer with Findagrave.com.

While cleaning up the trash volunteers recovered these headstones. Volunteers tell Newswatch 16 being able to recover these headstones makes all the time they've spent in the cemetery well worth it.

"The utmost respect is for the veterans is the first and foremost, and these people come throughout the community right through the gap and just dump illegally, were just heartbroken, too many people and it's just disrespect to the families of those who maid the ultimate sacrifice," said Martin Dartoe, a Wilkes-Barre Area blight Committee Volunteer.

The cleanup effort will continue next Saturday.

Volunteers say they will be out every weekend until the mess is completely gone.