KIDDER TOWNSHIP — A woman was charged Wednesday with stealing tens of thousands of dollars from a volunteer fire company, putting its future in jeopardy. ... 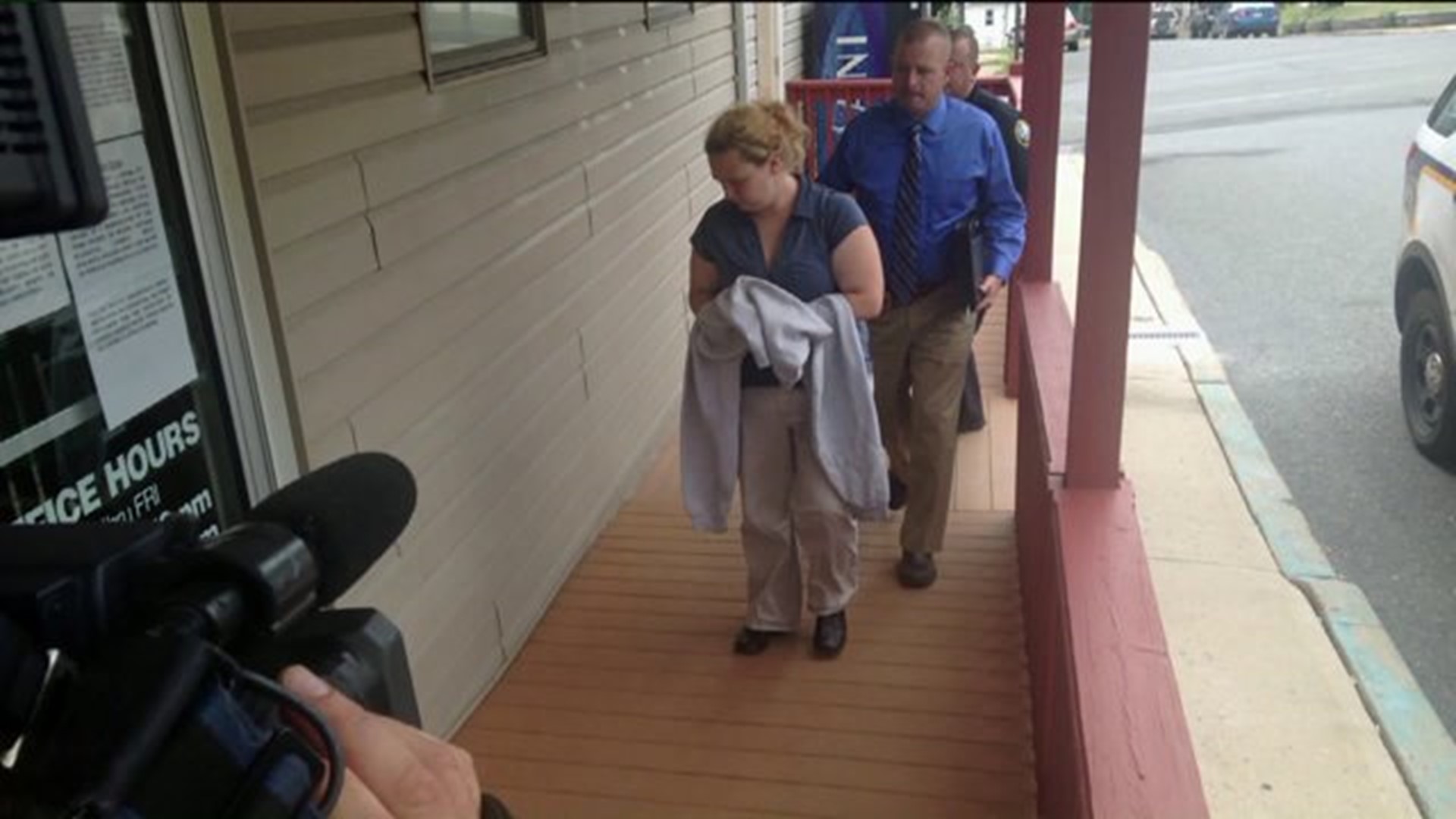 KIDDER TOWNSHIP -- A woman was charged Wednesday with stealing tens of thousands of dollars from a volunteer fire company, putting its future in jeopardy.

Police filed charges in Carbon County after an investigation into allegations of money mismanagement at the Kidder Township Volunteer Fire Company.

Amanda Devine of White Haven was arraigned in Carbon County, charged with stealing nearly $33,000 from the volunteer fire company. Police say she admits she wrote out checks to herself for personal business.

Devine was arraigned at a magisterial district judge's office in Jim Thorpe.

She's been involved in the company since 2011.

Investigators say Devine is the fire chief's wife and this alleged theft could have serious consequences.

Kidder Township supervisors are expected to vote next Thursday on whether or not the volunteer fire company should lose its authorization.

Supervisors say this is the second time in recent years Kidder Township police are investigating claims that the department near Jim Thorpe mishandled money.

If the department is shut down, that leaves two other volunteer fire companies for the area in Lake Harmony and Albrightsville.

Some neighbors think that is not enough protection.

"Sometimes it takes up to 20, 25 minutes for an ambulance to get there, so I honestly think they should have more fire companies in the area because something happens and they can't get there quick enough," said township resident Tina Bedford.

The vote whether to remove that company's authority to fight fires is set for 7 p.m. September 17 at the Kidder Township building in Carbon County.