LUZERNE COUNTY, Pa. — Young men throughout the United States were getting ready 75 years ago to invade Europe during World War II. When Newswatch 16 sat d... 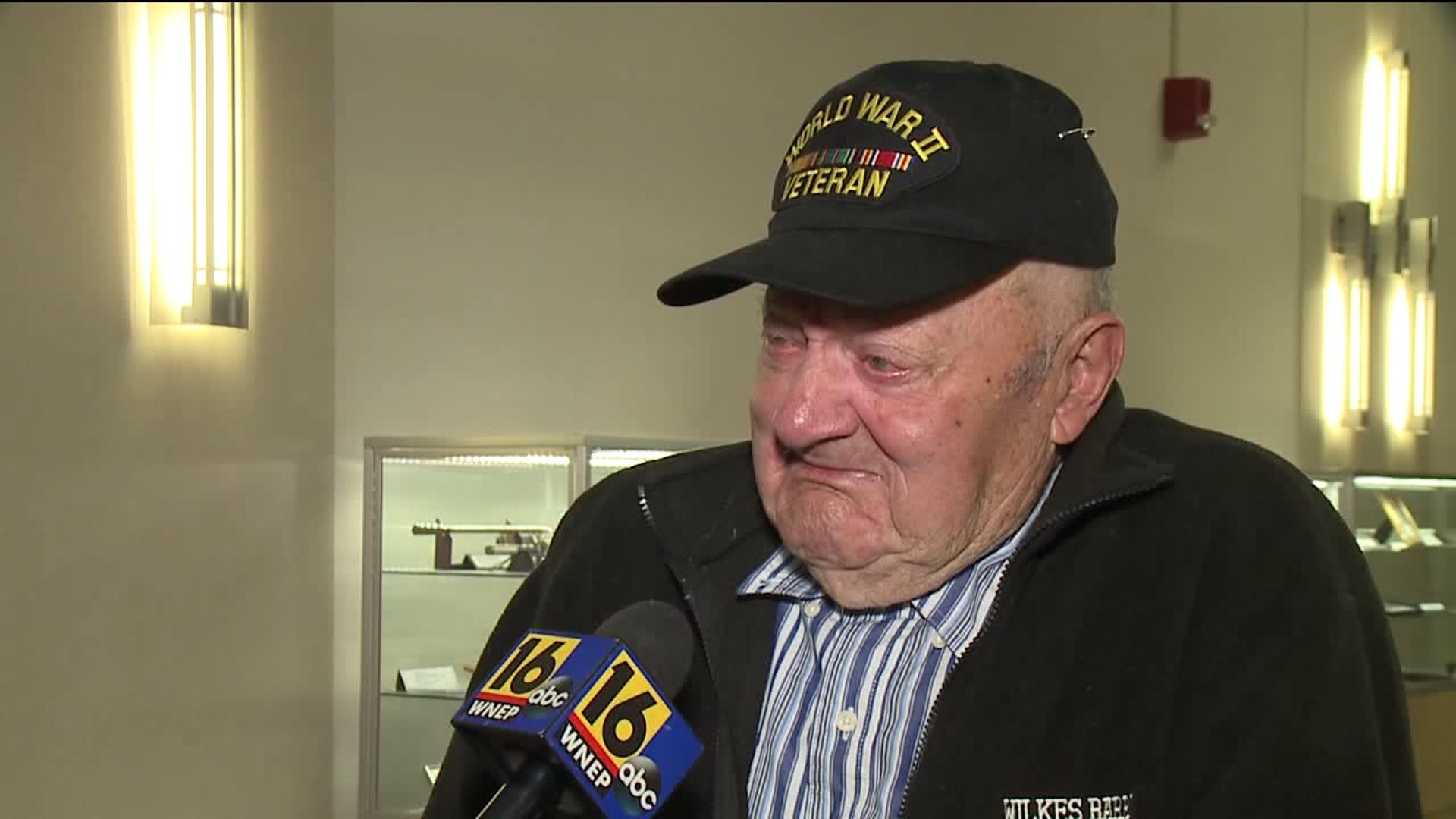 LUZERNE COUNTY, Pa. -- Young men throughout the United States were getting ready 75 years ago to invade Europe during World War II.

When Newswatch 16 sat down with John Wrazien, age 96, of Dupont, to talk about his service during World War II, we asked him to start at the beginning, and why, at the age of 17, he asked his mother to sign off for him to join the Army.

"There was nothing else for me to do, no jobs, no nothing," Wrazien said.

John says he was naive about what his service would be like.

"At the time, you didn't think you were doing anything. You were just doing a job, that's it."

But he learned quickly it wasn't going to be easy, especially since he wasn't given any basic training. He was assigned to a combat outfit.

"My instructor, I said I'll kill that guy if I ever get a hold of him, because he was the meanest thing there ever was. And then after, in action, I'd kiss his rear end for what he taught me!"

John says he never saw his instructor, Sgt. Dean, again, but he'll never forget him, because what Dean instilled in him saved his life the day he and 149 others in his company stormed Omaha Beach on D-Day, June 6, 1944.

We asked John what he remembers about the invasion.

"At the time we were shooting like you would in a carnival, shooting at clay birds or something going by. You don't know if you hit the guy or not."

At one point, he remembers being ordered off the beach.

"He said, 'we're dying on the beach, move in.' So, we followed him in off the beach because that's where the devastation was," he recalled.

"Over there the sound, 'Medic! Help! Somebody help me!'" he recalled through tears. "I'm sorry. But the noise, explosions, rifle fire, gunfire, people crying whatever."

John says he was an atheist until he witnessed something on that beach something that he'll never forget.

"A guy wounded holding his guts in his hand. 'Somebody help me!' OK, a shell came down right where he was standing, that's the help he got."

It was difficult for John to talk about what he went through that day 75 years ago. He says he's grateful for the recognition he's getting now, even if at the time, he didn't think he and his brothers in arms would ever be called "The Greatest Generation."

"What we did over there is nothing compared to what we're getting now. The appreciation for what we did," he said. "At the time, you didn't think you were doing anything. You were just doing a job, that's it."

John has battle scars on the inside and the outside, but he tells us he has no regrets for what he did to help save the world on D-Day.

"Oh, no, no, no. I look in the mirror and wonder if I could put my hand over and pat my back for what I did," he laughed.