PITTSTON, Pa. — The Luzerne County Coroner’s Office has identified the boy who died in a fire in Luzerne County. Aiden Middlemiss, 11, was pulled fr... 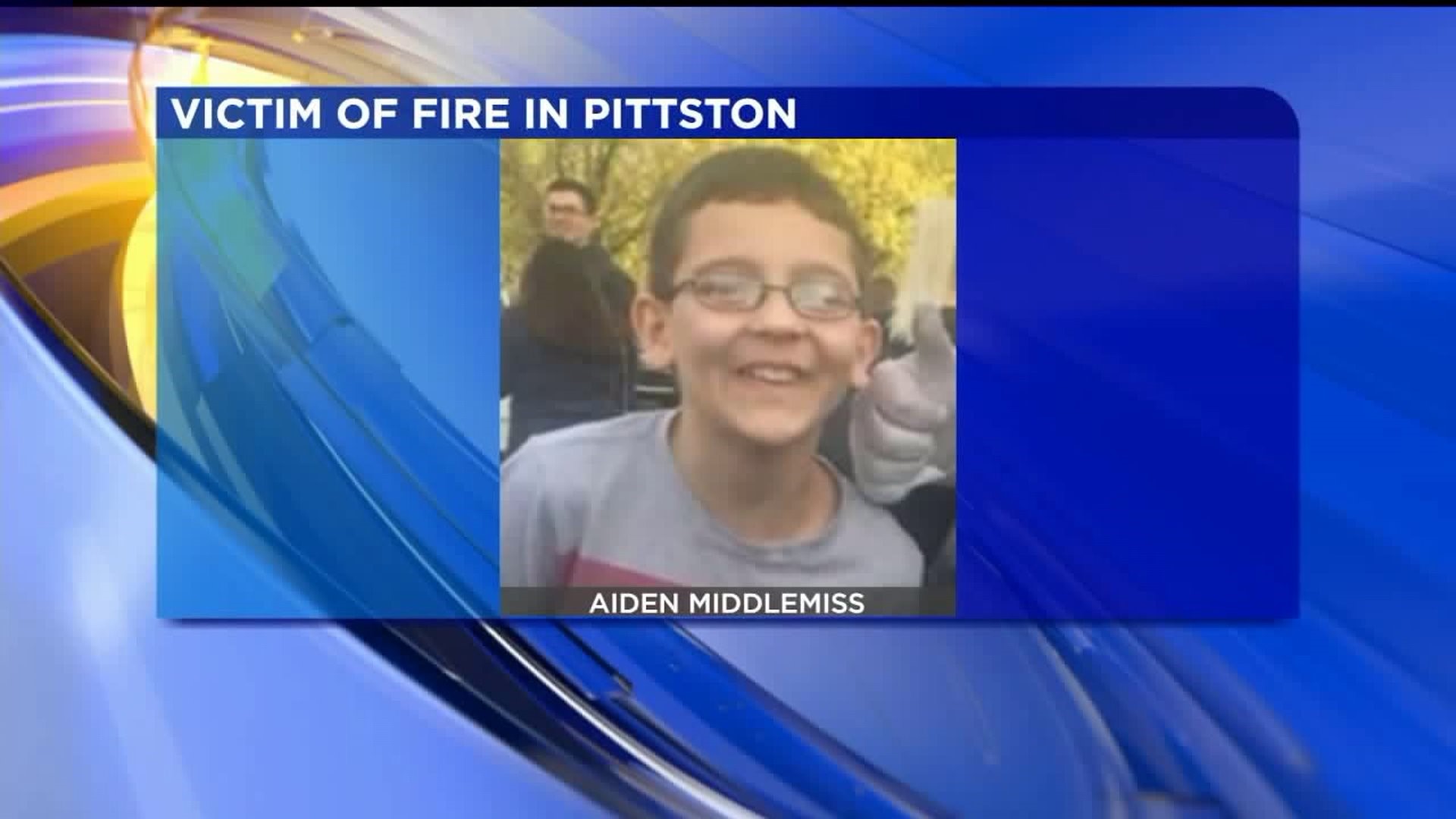 Aiden Middlemiss, 11, was pulled from the home on Wood Street in Pittston by firefighters. The coroner said Middlemiss died from breathing in too much smoke.

Middlemiss was a student at Martin L. Mattei Middle School in Pittston. Administrators for the Pittston Area School District tell us there is a team of grief counselors as well as the school guidance counselor there for anyone that wants speak with someone about Aiden's death. They will be there again on Thursday.

Someone who is close to the family set up a GoFundMe. She says Aiden was a foster child living with the family when flames broke out early Tuesday morning and destroyed the home.

Crews from six fire companies were there and pulled Aiden from a second-story window before rushing him to the hospital. Police tell us that's where Aiden died.

Right now, police are not releasing to us what might have caused the fire.

Newswatch 16 saw state police and county investigators visiting the home on Tuesday. The state police reconstruction of the scene involved mapping out areas on the road outside the home.

Because of rules involving juvenile cases, police aren't saying more about why those three kids were taken into custody, but we do know it has something to do with the fire that led to Middlemiss's death.

While the Luzerne County coroner said Middlemiss's death was caused by fire, authorities have not yet said if his death is considered a homicide. At this point, it is still under investigation.