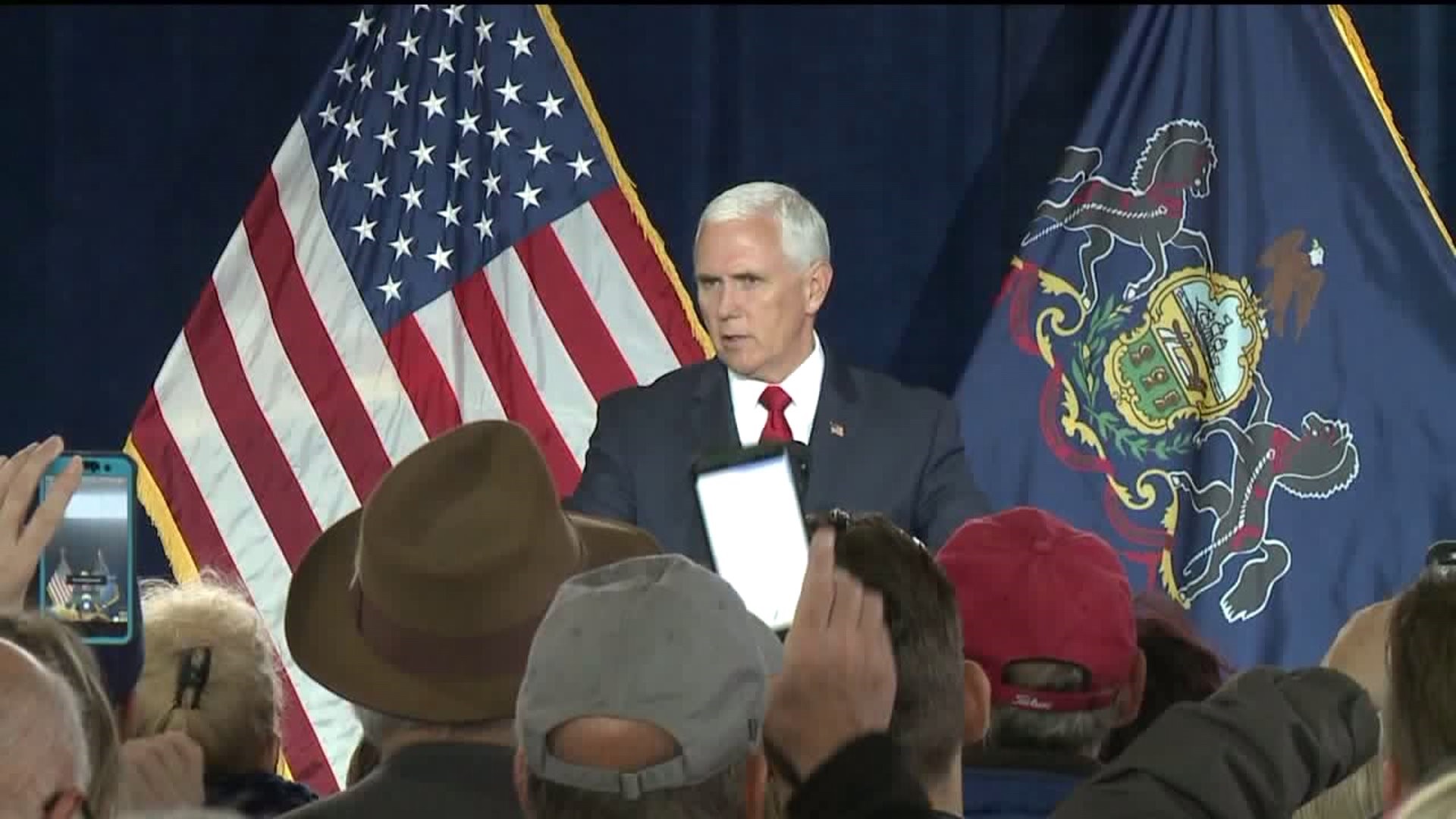 The rally was in a hangar at the Wyoming Valley Airport in Forty Fort.

We are off to Pennsylvania to support @JohnChrin for Congress. See you soon Wilkes-Barre/Scranton! pic.twitter.com/LGRq2tksrO

The crowd at the rally heard from U.S. Senator Pat Toomey and Republican candidate for governor Scott Wagner before the vice president was introduced.

The vice president addressed the explosive devices sent to the Clinton and Obama residences.

"These cowardly acts are despicable and have no place in American society," said Vice President Pence. "I want to assure you we've deployed the full resources of the FBI, the United States Secret Service, and they're working very closely with law enforcement officials. We'll continue to monitor these investigations, and those responsible will be brought to justice."

Chrin is running against Democratic incumbent Matt Cartwright for Pennsylvania's 8th Congressional District in the United States House of Representatives. The newly redrawn district includes Scranton, Wilkes-Barre, and the entire northeastern corner of the Commonwealth.

"This is a district, when we look at it, that President Trump won by 10 points. 10 points. Yet we have an incumbent in the house that has voted consistently to block what the president wants to do with the Make America Great Again agenda. Is that what we want to have happen?" asked Chrin, as the crowd responded, "No!"

Pence says it was important to make a stop in Pennsylvania ahead of the midterm elections because it is a place President Trump won big in 2016.

Pence urged those at the rally to get out and vote on Election Day in two weeks, noting the division in politics today.

"I will always believe there will always be more that unites us in these United States of America than could ever divide us," Pence said.