Veterans Get The ‘Royal Treatment’ On Thanksgiving

PLYMOUTH, Pa. — With a fire engine escort, veterans from the VA hospital near Wilkes-Barre arrived at American Legion Post 463 in Plymouth to celebrate Th... 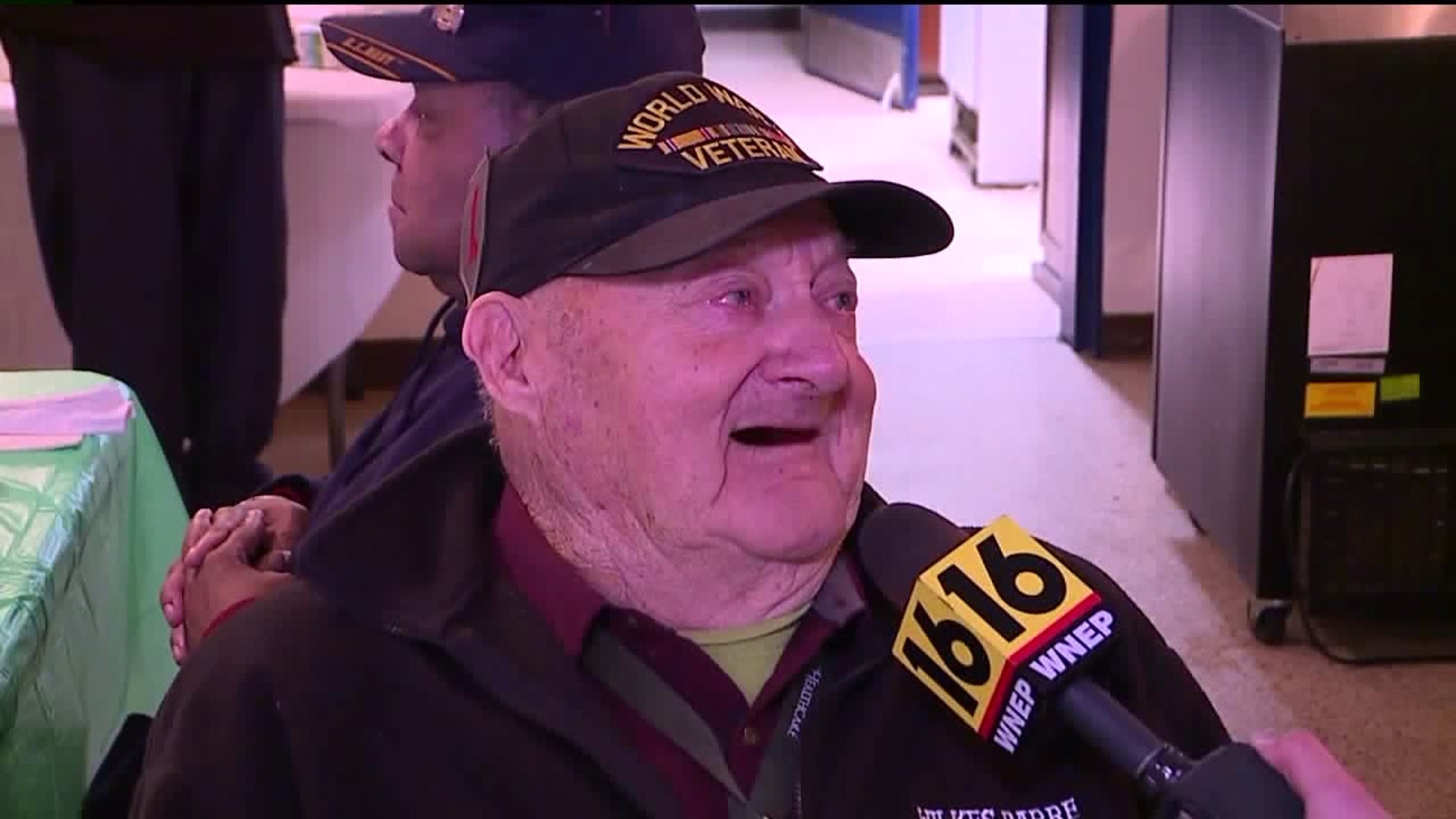 PLYMOUTH, Pa. -- With a fire engine escort, veterans from the VA hospital near Wilkes-Barre arrived at American Legion Post 463 in Plymouth to celebrate Thanksgiving.

"Today the veterans from the VA hospital who are up there will be transported down here and we'll give them a homecooked thanksgiving dinner," explains Post 463 Commander John Mazur.

Veterans were greeted with honors and given more than just a turkey dinner.

"Generally they enjoy themselves they get to play some bingo, some of them want to do karaoke so they get a day of fun," adds Mazur.

Veterans and their families tell Newswatch 16 it's a joy to spend the Thanksgiving holiday outside of the normal VA setting.

"You know a lot of the men they get out occasionally but it is nice to just get out and be among their brothers, their comrades in battle and it's beautiful, it gives them time to spend with their family in a leisurely way," says Jeanine Wolczyk of Wilkes-Barre.

"Nobody wants to be left in the corner, that's for sure," says John Wrazien.

96-year-old World War II veteran John Wrazien of Dupont doesn't have family that could join him for the feast, but he says treatment like this makes him feel like royalty.

"Well I always thought I lived like a king but a king never lived as good as me and I have to thank all of you people, all of you," says Wrazien.

And on this Thanksgiving, he says he has plenty to be thankful for.

"My livelihood. All of my whole life. I got kicked, I got shot and everything and I come back with the icing on top, I'm never living better than I am now," explains Wrazien.