WILKES-BARRE, Pa. — The name of a rapper killed in Los Angeles over the weekend has popped up in Wilkes Barre. Part of the sign for Wilkes-Barre General H... 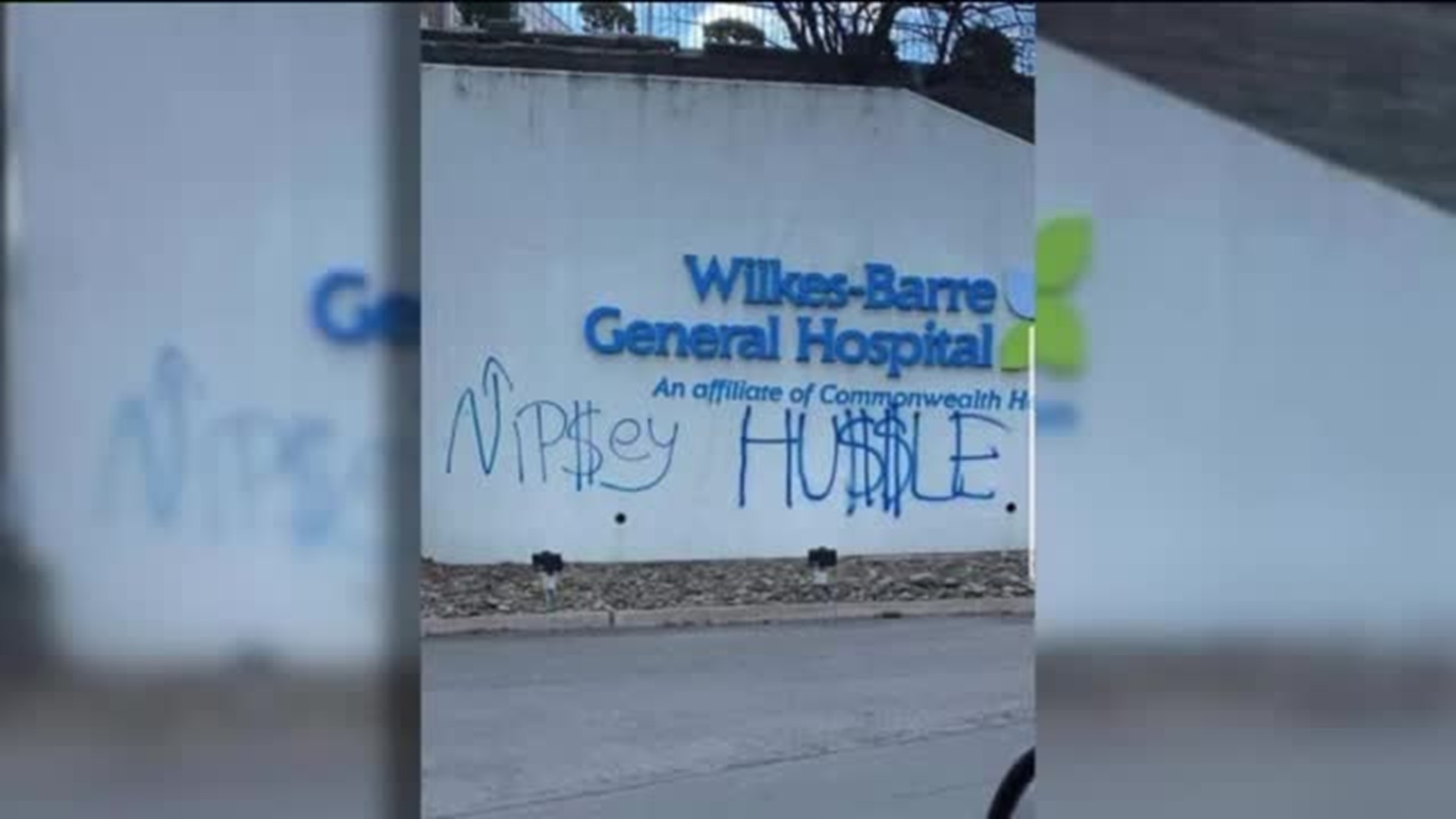 WILKES-BARRE, Pa. -- The name of a rapper killed in Los Angeles over the weekend has popped up in Wilkes Barre.

Part of the sign for Wilkes-Barre General Hospital has been repainted, but you can still see where someone spraypainted the name Nipsey Hussle.

Hussle was a rap artist and community activist in Los Angeles.

He was shot and killed there Sunday.

Nipsey Hussle's name was spray-painted on the hospital sign and on 15 to 20 buses used by the Wilkes-Barre Area School District.

"Initially, I was shocked, disappointed, but yet I understand there's a lot of work to be done in this city which is part of the reason I came here and I think it needs a collaborative effort. people coming together for the common cause," said Rhonda Rabbitt of Wilkes-Barre.

It took taken hours to clean the vandalized buses and garage doors. Those doors have to be repainted.

"The story I heard is that's the very thing that this guy was standing against, was you know gang violence and everything and now they're trying to glorify him by painting his name all over the side of our buses," said Jim Karpinski of Student Transportation of America.

Wilkes-Barre police are investigating the vandalism.

Police out west have identified a suspect in Hussle's killing as Eric Holder from Los Angeles.

Investigators believe Hussle was shot and killed after a fight escalated.