DALLAS, Pa. — Vandals have wrecked a cemetery tucked in Luzerne County’s Back Mountain. Over the years, they knocked over headstones and destroyed a... 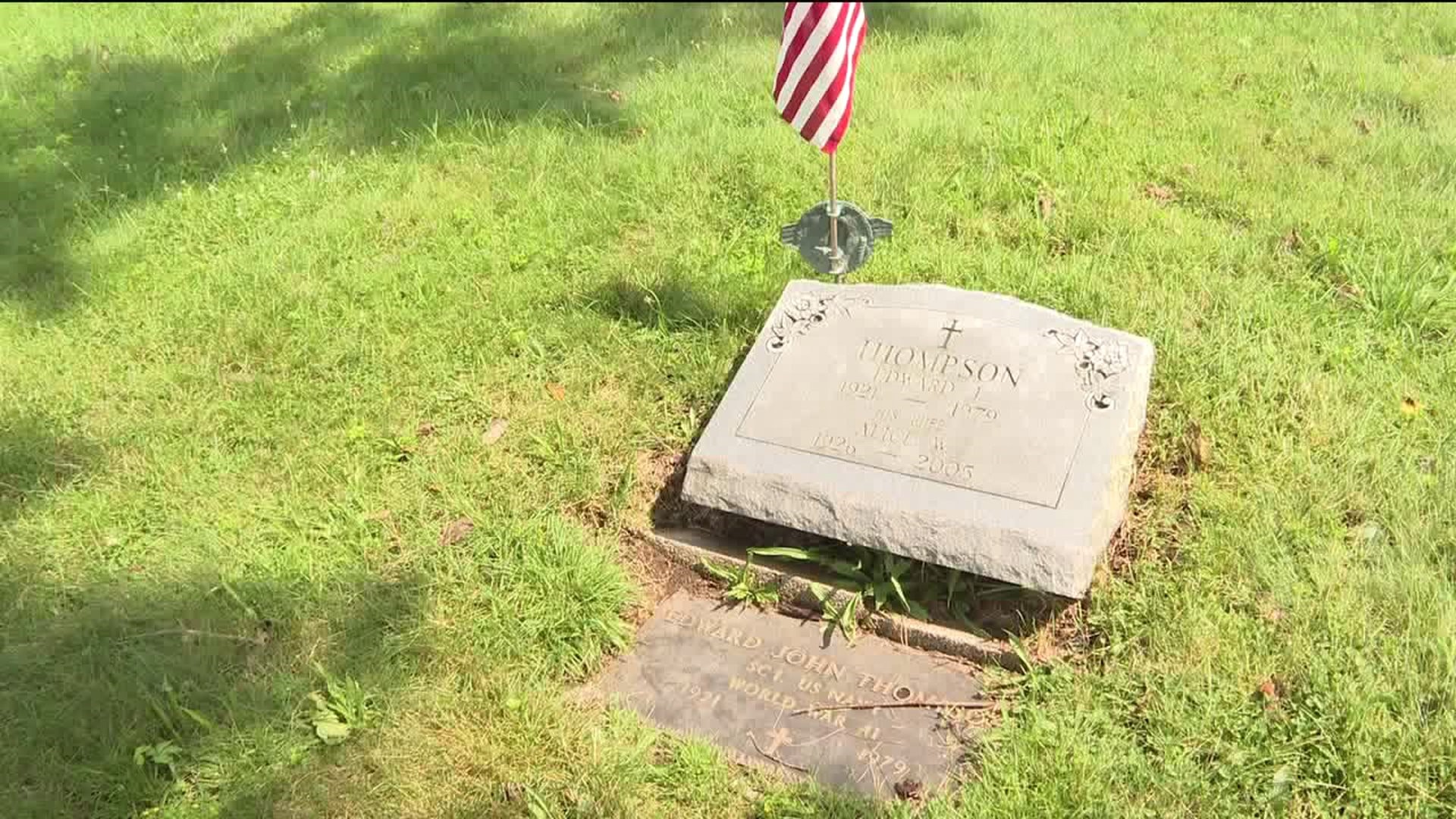 DALLAS, Pa. -- Vandals have wrecked a cemetery tucked in Luzerne County's Back Mountain. Over the years, they knocked over headstones and destroyed a mausoleum, even opening up caskets.

Greg Cobleigh took over the Woodlawn Cemetery back in 2016 and made a promise to take care of it. Vandals have made keeping that promise difficult and left him with thousands of dollars of repairs.

A mausoleum in the cemetery was turned into a house of horror. Inside were open caskets, displaced skeletal remains, and trash littered on the ground at the Woodlawn Cemetery in Dallas.

Cobleigh took over the cemetery three years ago.

"We found two heads out of the five. There are still three missing. There is so much damage we have to rebuild it," Cobleigh said.

Outside, the Woodlawn Cemetery isn't much better. Vandals knocked over several headstones, including a veteran's.

"It's very sad, especially because it's a veteran that fought for us, and his grave is not being taken care of."

Cobleigh says the door to the mausoleum has been locked three separate times over the years, but vandals still managed to break in, causing even more damage. He is raising money to help repair the cemetery.

"It is deteriorating over the past couple years because now water is running through it and collapsing the front door and we want to get it taken over so no kid gets hurt," Cobleigh said.

"It's really sad," said Molly Harvey of Dallas. "These people lived and they should be treated with respect."

Cobleigh does his best to take care of the Woodlawn Cemetery. He says it is disappointing to see headstones knocked over and a mausoleum destroyed.

"It's sad that kids come in here and push over the stones and don't care about the dead people," Cobleigh said.

Cobleigh has set up a GoFundMe page to help offset the cost of repairs.