HAZLETON, Pa. — People in a neighborhood in Luzerne County say vandals have been targeting cars and pets for months. A street in Hazleton has been the sce... 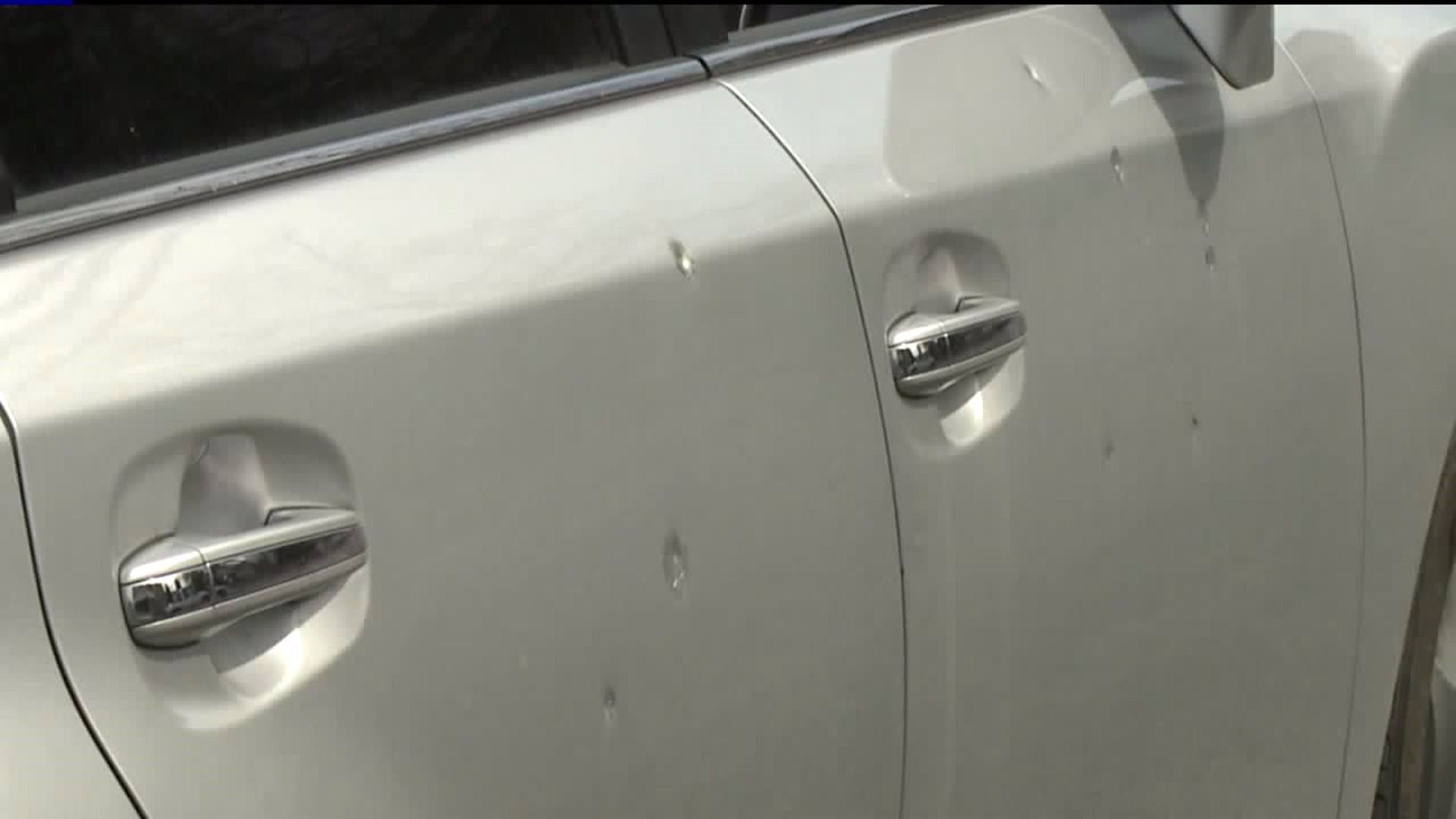 HAZLETON, Pa. -- People in a neighborhood in Luzerne County say vandals have been targeting cars and pets for months.

A street in Hazleton has been the scene of several incidents of vandalism over the past few months.

One neighbor tells Newswatch 16 his car has been shot at with some sort of weapon, causing thousands of dollars of damage.

He feels he is being targeted because he's known as a watchdog for his neighborhood.

The man who owns the car says the damage on it is from vandals who have repeatedly targeted his car, as well as others along this section of West 10th Street in Hazleton.

"It's been happening since about since last summer. It's going on through early winter, and it's still happening until this moment. I've made multiple police calls and nothing is being done."

The victim did not want to show his face on camera. He tells us someone has shot some sort of weapon at his car about a dozen times.

"Last time it was shot was about two nights ago. My rear bumper was hit again."

The man we interviewed says two of his neighbors were also targeted. We asked them if they wanted to be interviewed, but they did not want to go on camera.

"My neighbor's car has been shot as well, and my neighbor's dog was shot in the summer," he said.

Hazleton police confirm the man has filed two reports with them about the vandalism, but police say they cannot catch whoever is causing the damage unless they are caught in the act or if someone comes forward with information.

The victim is hoping more can be done.

The victim says he fears these attacks are specifically targeted at him because he often reports crimes in his neighborhood to police.

"Looks like it's more of a retaliation, but I shouldn't feel that way because it's my neighborhood, and I want to keep it safe."

Hazleton police say they need the public's help to catch the vandals. If you have any information, you're asked to contact them.