PLAINS TOWNSHIP, Pa. — One man from Luzerne County is being deemed a hero for saving a young boy’s life while vacationing back in March. Shaun Skurs... 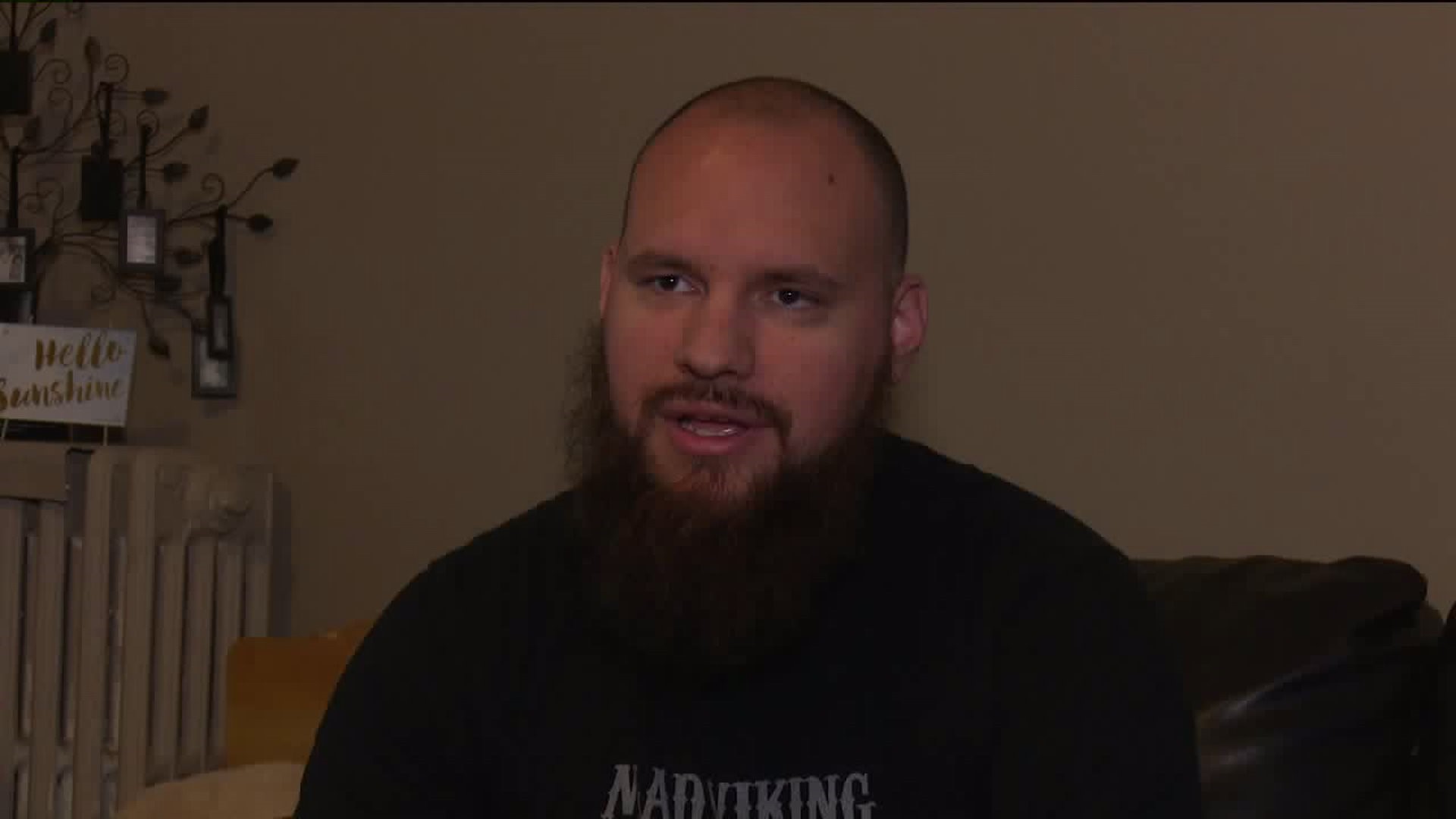 PLAINS TOWNSHIP, Pa. -- One man from Luzerne County is being deemed a hero for saving a young boy's life while vacationing back in March.

Shaun Skursky tells Newswatch 16 his life has been pretty hectic lately after video of him saving a young boy's life gained national attention. What started as a normal vacation for him and his family took a crazy turn.

Skursky, who lives in Plains Township, is now being called a hero. Back in March, Skursky was poolside, vacationing at Avista Resort in Myrtle Beach, South Carolina with his family when a nightmare became reality.

"I was in the hot tub," Skursky said. "I hear a lady screaming for help, and I grabbed my son, ran over to see what the problem was, and saw there was two boys in the water, and I jumped in to start helping."

Surveillance video shows the two boys were playing in a lazy river when one of them got his leg stuck in a grate. Trapped, the boy was unable to come up for air.

"I just dove under water and I started breathing into his mouth," Skursky added. "Every time I came up, I took another breath and when I went down, I blew my oxygen into his mouth and on the way up, tried to pull him out and it just wasn't working."

Emergency responders estimate the boy was under water for around eight minutes. If it wasn't for Skursky giving him air, this heroic story may have turned tragic.

Skursky works as a corrections officer at a state prison and says his experiences there helped him act quickly.

"I had no time to think at all. I saw two boys in the water. I heard someone screaming for help, and I just jumped in the pool. I guess it's part of our DNA as first responders and corrections officers. It's what we do. Get the job done and then think about it later."

He hopes to someday again see the boy whose life he saved.

"Hopefully one day we can get together with the mother and the child and we can reunite and come together," Skursky said.

That boy, who lives in Michigan, is OK now. Earlier this month, the Myrtle Beach department of public safety flew Skursky back down to South Carolina and gave him a lifesaving award for his heroics.