DALLAS TOWNSHIP, Pa. — The fight against what some are calling the “rain tax” continues. This week, some property owners in Luzerne County rec... 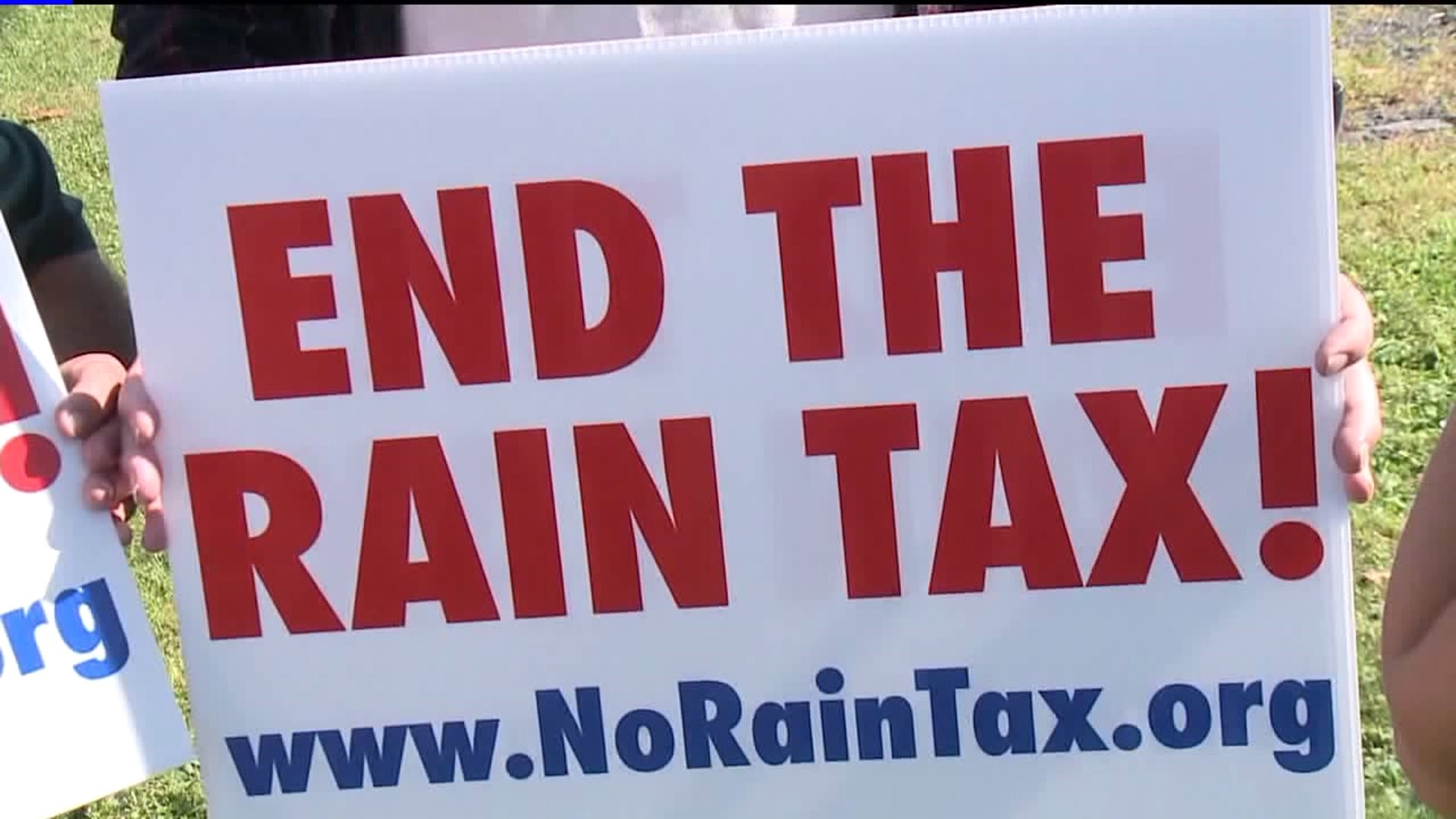 DALLAS TOWNSHIP, Pa. -- The fight against what some are calling the "rain tax" continues. This week, some property owners in Luzerne County received letters threatening legal action if the controversial stormwater fee is not paid.

The letter from the Wyoming Valley Sanitary Authority was received by property owners who have not paid the new stormwater fee. The letter says if the fee goes unpaid, a lien will be put on the property. People we spoke with in the Back Mountain of Luzerne County say they are still going to fight it.

Organizers behind the "End the Rain Tax" campaign say they are still fighting regardless of the consequences.

"When citizens stand up and push up against something like this, things can happen, so that's what we're all about," Mike Lehman said.

This group is fighting against the Wyoming Valley Sanitary Authority's new stormwater fee. The fee was imposed to fund federal mandates to reduce pollution in the Susquehanna River that flows into the Chesapeake Bay.

This week, some property owners in the Back Mountain got letters from WVSA saying a lien would be put on their property if the fee goes unpaid.

"It doesn't surprise me that they would send this letter out. We kind of fully expected it, but we're going to keep battling," said Stash.

Property owners tell Newswatch 16 one of their biggest concerns about this letter is whether or not it's legal for WVSA to put a lien on their property.

"We want to talk to legal counsel. These liens, if you're not actually providing a service to the property, how can you be liening the property?" asked Marian Deangelis.

The WVSA says collecting fees from all billed property owners is the most cost-effective way to meet the mandate.

"The late payment notices were generated to ensure property owners with delinquent stormwater management accounts were aware of their obligations and ensuing consequences for non-payments."

Donald Gregory is a farmer in Lehman and says he's still waiting for his letter in the mail and his fee will go unpaid because, like many, he feels it's unfair.

"We're the ones who've been saving their water since 1908, filtered it for them because they can't drink the river water. There wouldn't be a Wyoming Valley without the open spaces of Lehman Township in the Back Mountain," said Gregory.

Organizers behind the "End the Rain Tax" campaign say if you received a letter, they'd like you to join them at a meeting this Sunday at 2:15 p.m. at the Jackson Township Fire Department.