HAZLETON, Pa. — From the outside, the home at 155 North Laurel Steet in Hazleton looks like an ordinary residence, but police said it was operating as an ... 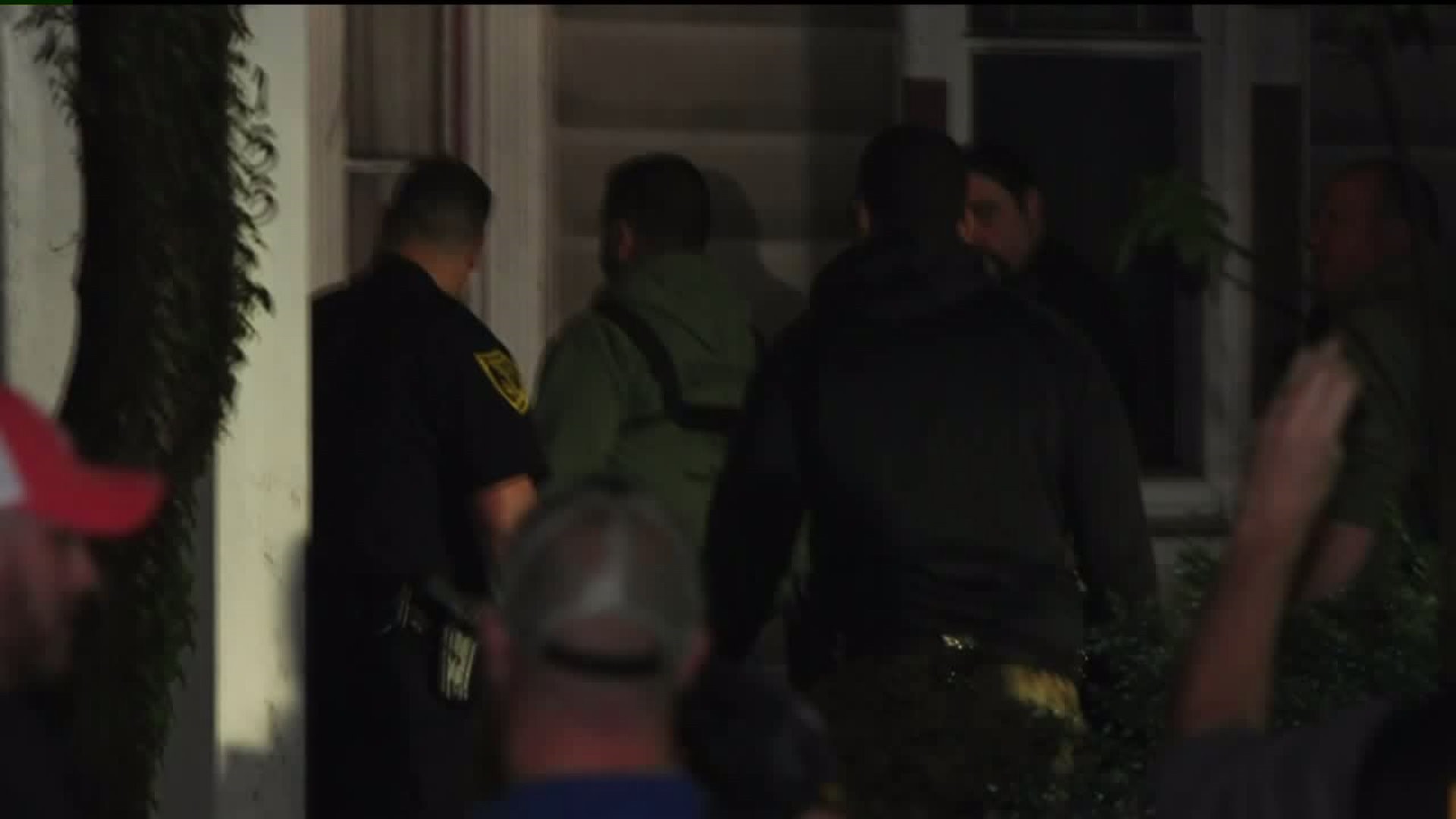 HAZLETON, Pa. -- From the outside, the home at 155 North Laurel Steet in Hazleton looks like an ordinary residence, but police said it was operating as an illegal after-hours nightclub and hookah lounge.

Officers started getting complaints last summer and authorities armed with a search warrant through the Liquor Control Board raided the home early Sunday morning.

Officers and agents removed more than 200 people and arrested homeowners, Fernando Pinales and Myra Gonzalez, as well as Alfredo Pinales.

Five children were found sleeping on mattresses on the second floor at the time of the raid, according to police.

The investigation found the illegal nightclub would open around 2:30 a.m. and close several hours later.

The house would hold between 100 and 300 people with armed security at the entrances.

During the investigation, undercover agents discovered bartenders, waitresses, DJ's, and a hookah lounge. Windows were also sound-proofed with plywood and foam, which officers said created a fire hazard.

Police say they stopped by the home in Hazleton multiple times and cited the owner for a variety of complaints.

Hazleton Mayor Jeff Cusat said the city is investigating other properties and will crack down on anything like what was going on on Laurel Street.