Despite facing uncertainty, some restaurants in Luzerne County are doing their best to rise above the limitations put on them by the coronavirus and give back. 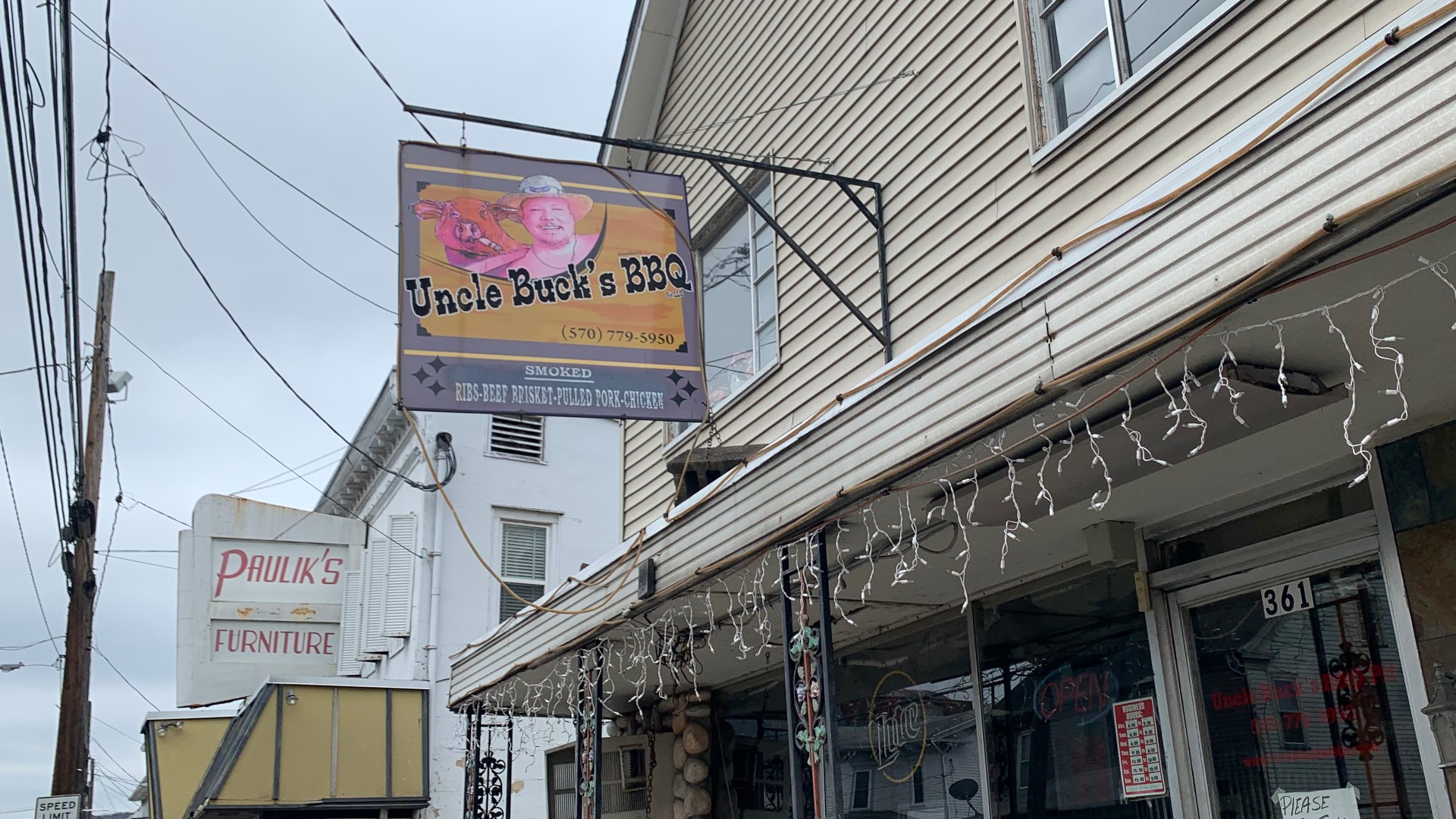 PLYMOUTH, Pa. — The owner of Uncle Buck's BBQ on West Main Street in Plymouth tells Newswatch 16 his restaurant is usually a busy place, but right now his dining room is empty and he's can only serve take-out or delivery, which he says presents him with some challenges unique to his business

"It's not like you can come in and say I want a brisket and I say let me smoke it, it'll be ready in 10 hours," explains owner Brian Gardner. "So I've got to prep all this stuff hoping people come in... I don't have a crystal ball, I mean I don't know if we're going to get 20 people today or two people today, so we prep."

Despite the uncertainty, Uncle Buck's BBQ said it would be giving some pork sandwiches away for free to any on-duty first responder, that's police officer, firefighter, or EMT who comes to their door during this time of crisis.

"We're just doing our part to make sure everybody's as safe as they can be and fed," added Gardner.

"I mean with we can help and they're going to help everybody else as well, so hopefully it goes a long way," said manager Wayne Schwartz.

The guys who run the restaurant say a small gesture like this during these troubling times was a no-brainer.

"It was just our idea to try to help out we figure everybody's going a little bit crazy now and we're not sure what's going to happen so, if everyone does a small part then it will go along way I think. So hopefully this will follow suit with others doing the same," said Schwartz.

"It's a small town, Plymouth is a small town. And like you said before, the first responders are the ones who are going to be out there if I can give them a pork sandwich and a bag of chips, you know don't pat me on the back, it's like giving me a lollipop for breathing. You know? That's what we do you know? It's being kind," said Gardner.