HANOVER TOWNSHIP, Pa. — Ubiquity Global Services, a company based in New York City, will be opening its second office in the U.S. in Luzerne County. The o... 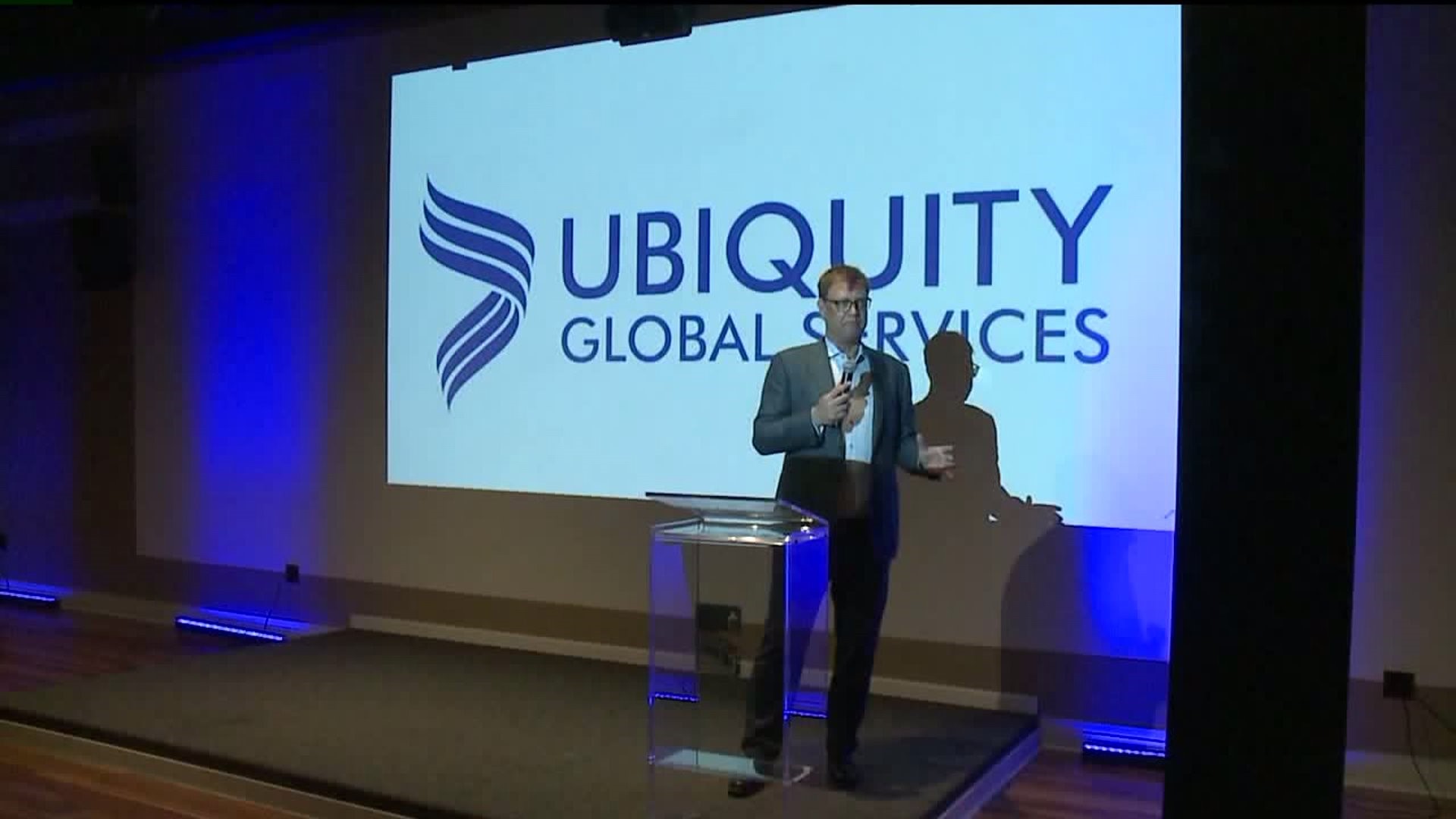 HANOVER TOWNSHIP, Pa. -- Ubiquity Global Services, a company based in New York City, will be opening its second office in the U.S. in Luzerne County.

The office could eventually bring about 400 jobs to the county.

"I know a lot of people that are looking for jobs," Natalie Sullivan of Harvey's Lake said. "A lot of people need jobs and unemployment has been an issue in Luzerne County for a good while. Hopefully, this will help alleviate some stress for some families."

It will be taking over a vacant space in Hanover Township. The company's president said there are several reasons why he chose this area, including its proximity to the headquarters in New York.

"It really comes down to people and the fantastic talent base that we've located here and the general direction of the community, which is so exciting," Ubiquity Global Services President Matt Nyren said. "It's something that inspired us and certainly informed our decision to invest here."

Wico van Genderen, the President of the Greater Wilkes-Barre Chamber of Commerce, said that six large businesses have recently announced that they would be bringing jobs to our area.

"When you add these up together, there's like 4,000 new jobs that are coming into the area and these aren't just low salary jobs," van Genderen said. "These are really good family-sustaining jobs."

People we spoke with said they feel the area is ready for the influx of jobs.

"I think there's opportunities," Sullivan said. "I know a lot of places have left the area in the last couple decades. So, there are places for companies to come here and you know there's potential."

Ubiquity plans to start hiring about 50 to 75 people in the next two weeks. The company wouldn't say how much the jobs will pay, but those hired are expected to start working mid next month.

To apply for one of those call center jobs in Luzerne County, head here.