HAZLE TOWNSHIP, Pa. — Two characters from opposite sides of the Commonwealth with seemingly opposite personalities take on the silver screen Friday night.... 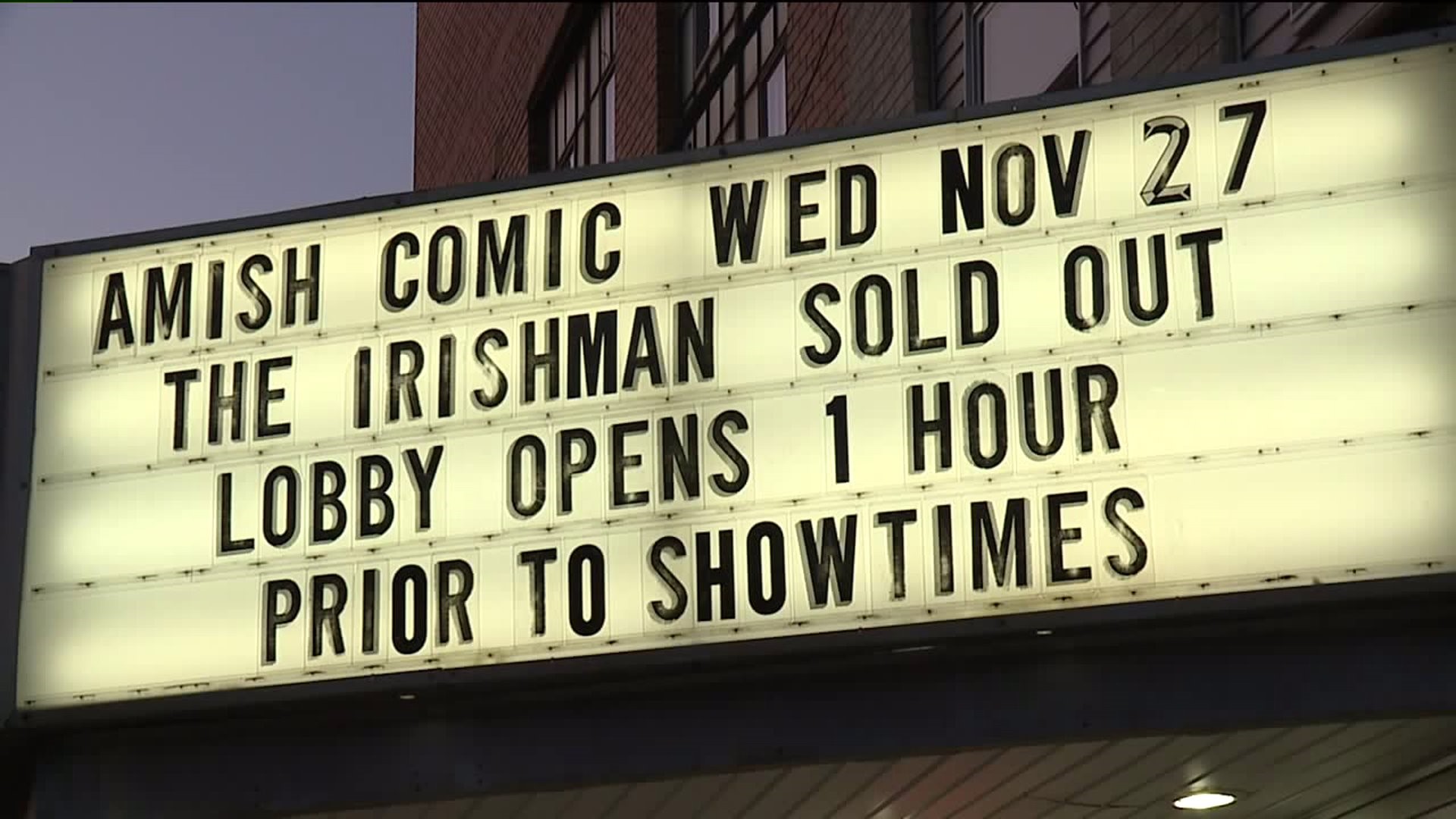 HAZLE TOWNSHIP, Pa. -- Two characters from opposite sides of the Commonwealth with seemingly opposite personalities take on the silver screen Friday night.

Pittsburgh native Fred Rogers welcomes you into his home with a smile and a song in "A Beautiful Day in the Neighborhood." Tom Hanks plays the neighborly Mr. Rogers in the film.

Dale Stewart was one of just a few people Newswatch 16 saw in Hazle Township coming to see the more lighthearted of the two films.

"He was just a great inspiration and there are times I think we need him more than ever in this day and in age," Stewart said.

Hundreds of people packed into Cinema and Drafthouse in West Hazleton to watch "The Irishman" before its release on Netflix next week.

The film is based on the book "I Heard You Paint Houses".

"I read the book. I found it to be tremendously interesting and, quite frankly, it's an anthology of the living history of this area," Frank Antonelli of Hazleton said.

"The Irishman" sold out for all eight showings at Cinema and Drafthouse. The theater was able to sell 1,400 tickets in just three days.

Sybil Katona owns the theater. She has never seen a movie sell out this fast.

"This is in a category all its own," Katona said.

"I believe they are true and some I know that are very true that I will never reveal," Dymek said.

"We would have to go into the Witness Protection Program if we said any more," David Yost said.

"The Irishman" will be released on Netflix next Wednesday.